The Illuminator is a development kit for demonstrating the challenges of the energy transition and the benefits of intelligent multi-energy systems. Such a development kit is complex and requires a multi-disciplinary approach. The Illuminator was initiated by, and is developed by the PowerWeb institute. It aims at helping students and policy makers to better understand the complexity of the energy transition. The energy components (generating, carrying, storing, and consuming) are down-scaled to tabletop level, whereas the intelligent operational controls are programmed on a mini-computer (raspberry pi).

The project is supported by PowerWeb and Stichting 3e. 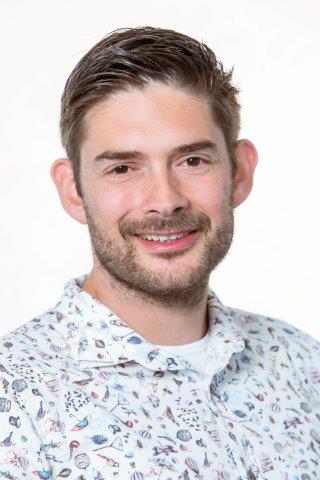 Arjen van der Meer was born on July 4th, 1982 in Dokkum, the Netherlands. He started his study Electrical Engineering at the Leeuwarden University of Applied Sciences (NHL) in 2002. During his B.Sc., he ran an internship at the Physics Shop of the University of Groningen where he investigated the noise generation of onshore wind turbines. He conducted his graduation project at Essent Netwerk Noord, Zwolle, where he was responsible for the development of a substation switching simulator for training purposes. After obtaining his B.Sc. degree in 2006 he joined Delft University of Technology for a M.Sc. in Electrical Engineering. In 2007, he conducted an internship at Enexis, Zwolle, where he assessed directional relay protection schemes for ungrounded medium voltage networks. In 2008, he obtained his M.Sc.  degree (cum laude) with a thesis on power hardware-in-the-loop based directional relay co-ordination. In October 2008, he started his Ph.D. at the power systems group (now IEPG) of the Electrical Engineering, Mathematics, and Computer Science faculty of TU Delft. His main research topic comprised the modelling and stability impacts of VSC-HVDC connected offshore wind power. During his research, he temporarily stayed at TenneT TSO B.V., Arnhem for developing a dynamic VSC-HVDC model for \PSSE\ . In 2015 he continued at Delft university of Technology as a researcher: on the COBRAcable research project in 2015 and on the ERIGrid smart grid project from 2016 onwards. From of January 2018, he is also affiliated with the AMS institute as a postdoctoral research fellow. His research interests are power system modelling, simulation, and control, renewable energy resources, power electronics, power system protection, and the roll-out of smart grids.