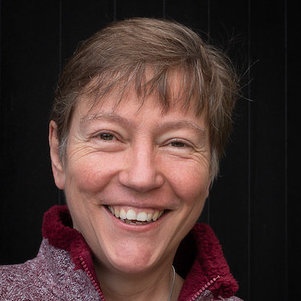 Catholijn Jonker (1967) is full professor of Interactive Intelligence at the Faculty of Electrical Engineering, Mathematics and Computer Science of the Delft University of Technology. Jonker studied computer science, and did her PhD studies at Utrecht University. After a post-doc position in Bern, Switzerland, she became assistant (later associate) professor at the Department of Artificial Intelligence of the Vrije Universiteit Amsterdam. From September 2004 until September 2006 she was a full professor of Artificial Intelligence / Cognitive Science at the Nijmegen Institute of Cognition and Information of the Radboud University Nijmegen. She chaired De Jonge Akademie (Young Academy) of the KNAW (The Royal Netherlands Society of Arts and Sciences) in 2005 and 2006, and she was a member of the same organization from 2005 to 2010. She is a member of the Koninklijke Hollandsche Maarschappij der Wetenschappen andof the Academia Europaea. She was the president of the National Network Female Professors (LNVH) in The Netherlands from September 2013 till January 2016. She served TU Delft for one year as interim head of department for the Design Engineering Department (2014/2015). Catholijn is EurAI Fellow since 2015, and EurAI board member since 2016, EurAI is the European Association for Artificial Intelligence.

Her publications address cognitive processes and concepts such as negotiation, teamwork and the dynamics of individual agents and organizations. In all her research lines Catholijn has adopted a value-sensitive approach. In particular, she works towards intelligent agents that can interact with their users in value-conflicting situations when also meta-values no longer solve the situation.  In Delft she works with an interdisciplinary team to create synergy between humans and technology by understanding, shaping and using fundamentals of intelligence and interaction. End 2007 her NWO-STW 1.5 M€ VICI project “Pocket Negotiator” has been awarded. In this project she develops intelligent decision support systems for negotiation. An experimental version of the Pocket Negotiator can be found at:http://ii.tudelft.nl/negotiation/index.php/Pocket_Negotiator.