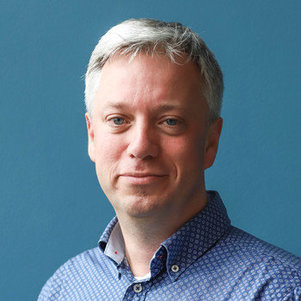 Biography
In 2003 Willem-Paul Brinkman (1970) received his PhD degree in the area of human-computer interaction from Eindhoven University of Technology, The Netherlands. In 2004 he obtained his Postgraduate Certificate in Learning and Teaching in Higher Education from Brunel University of West London, where he worked for five years as a lecturer, before moving to Delft University of Technology in 2007 where he now works as an associate professor in the Interactive Intelligence group that works on understanding and engineering human-agent collaboration.

Research
Brinkman's primary research interests are human-computer interaction, behavior change support systems, specifically eHealth systems including virtual reality therapy systems, and virtual health agents. He is fascinated by eHealth systems that include conversational agents that offer psychological support. His ultimate objective is to establish an autonomous eHealth system with a digital psychologist that can assist individuals in achieving a broad set of behavior change goals ranging from overcoming mental illness to lifestyle modification for coping with a chronic illness. He is, therefore, determined to build these systems and establish an empirically grounded understanding of them. For this, he works on several research grants that focus on these type of eHealth systems such as a home-based virtual reality therapy system for patients with social anxiety, an autonomous e-mental health application for posttraumatic stress disorder patients, and also on a mobile application for people with sleeping problems.

Academic involvement
Over the years he has been involved in the organization of several international conferences and workshops and acted as an associate or guest editor of several journals. He has co-authored over 50 journal papers and over 80 peer-reviewed conference and workshop publications.