In April 2017 I became Assistant Professor in the Multimedia Computing Group at TU Delft, with permanent position since July 2020. 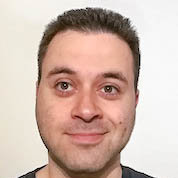