Last time I wrote a blog about designing PCBs for the new Delft Hyperloop pod. After those PCBs arrived they had to be tested and they luckily proved to work pretty well! Some small functional adjustments had to be made due to new requirements, after which the second iteration of the PCB was ordered and delivered.

Following the design of all individual parts of the electronics, they finally all had to be assembled in one 3D-printed box that is very originally named the ‘electronics box’. In this box, all the circuit boards are securely placed. On the side of the box is a range of sockets, to which all the cables throughout the pod lead. In the inside of the box you then end up with a lot of wires: wires from the cable sockets and wires for between boards.  All these about 100 wires then have to go to into the right connectors on the right PCB. Armed with a big Excel sheet and diagrams with all connections written out, I spent the greater part of a night wiring everything up. For this, I had to do a lot of ‘crimping’, which is compressing a pin onto a wire so you can secure the wire into a header.

After wiring everything up, you need to check whether you did it correctly so you can be sure everything works when you turn on the power, and maybe more importantly, that you do not break stuff due to wrong wiring. You can do this easily with a multimeter, which has a ‘continuity’ mode. In continuity mode, the multimeter bleeps when the resistance between the two points you measure is near zero, which means that these points are electrically connected. This is very handy for when you want to check connections or make sure that there is no short circuit between power lines and ground. The only downside to continuity checking is that people around you get very annoyed when you make the multimeter make the annoying bleeping sound all the time when you’re checking a lot of connections.

Finally, it was time to power everything up. It was nice to see the LEDs on the PCBs go on and see the electronics box ‘come to life’ soon as the power went on. After some functional checks, everything also seemed to function properly. Still, sometimes an unexpected problem pops up here and there, giving a new challenge to fix every time. I even had to design an additional small PCB because of a new functional requirement. However, now I have some experience with designing them, it was possible to do it really fast! 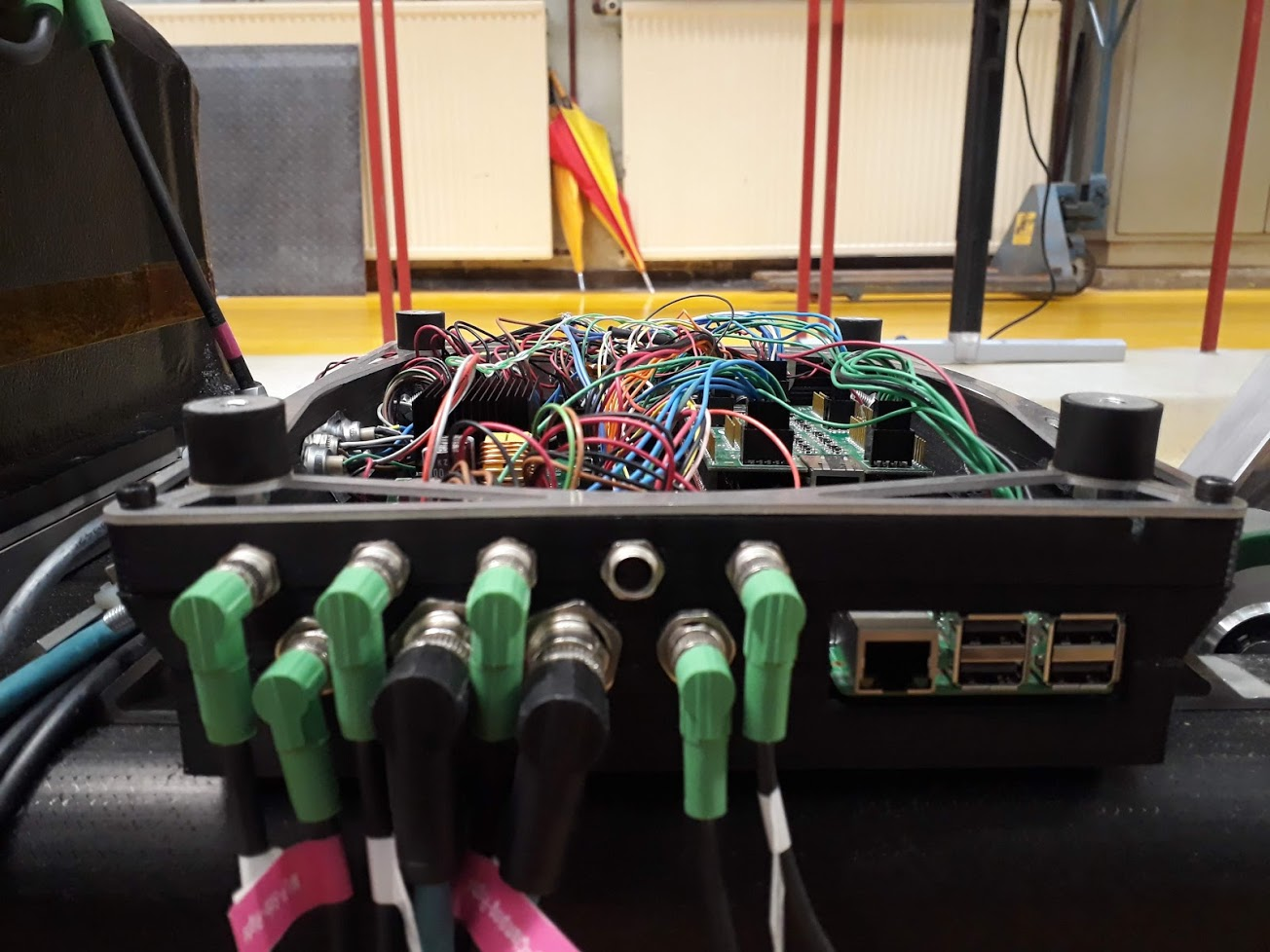