In September 2013 I started my bachelor Electrical Engineering at the Technical University of Delft. I did this without a clue what I wanted to do when I was grown up. But I got through my first year with just the right amount of ECTs and finished my Bachelor after 4 years. During my Bachelor I saw that colleague students started to develop themselves. Some were doing internships at companies, taking a gap year as board of ETV and some students applied for a position in a, so called, dreamteam.

Eventually, when I was in my second year of my Bachelor some of my friends already started to visit the interest drinks of dreamteams. They were attending events of Formula Student (DUT), Nuon Solar Team and Forze. One of my friends had to do a test to show his level of skills. At that point I never thought I could succeed such a test because I thought I was not smart and handy enough.

But then a new dreamteam started: Hyperloop. A dreamteam to make a futuristic high-speed vehicle that travels in a vacuum tube and eventually compete in the SpaceX Hyperloop Pod Competition. This really got my attention because in this dreamteam I could work on a vehicle that has never been made before. But still, I wasn’t sure if I had the skills to be part of the team with only a Bachelor in Electrical Engineering and a Minor Robotics in the pocket.

To be able to join a dreamteam, you have to go through applications. After my application I found out that I got the opportunity to be part of the Delft Hyperloop II team as an Electrical Engineer. After several months I made the transition to be Chief Powertrain and got the responsibility over the power source of the pod; the batteries. This position helped me with my decision what master choose the year after that. I chose Power Electronics.

After all the uncertainties of “Do I have the skills to be part of Delft Hyperloop” were proven wrong, my thoughts were that I learned everything during my Bachelor. But I found out that eagerness is much more important and that experience is only an extra, but is never a must! So, if you are doubting your skills to join a dreamteam during your Bachelor, just take the step. You only have to decide if you are willing to take on a challenge and learn from it. 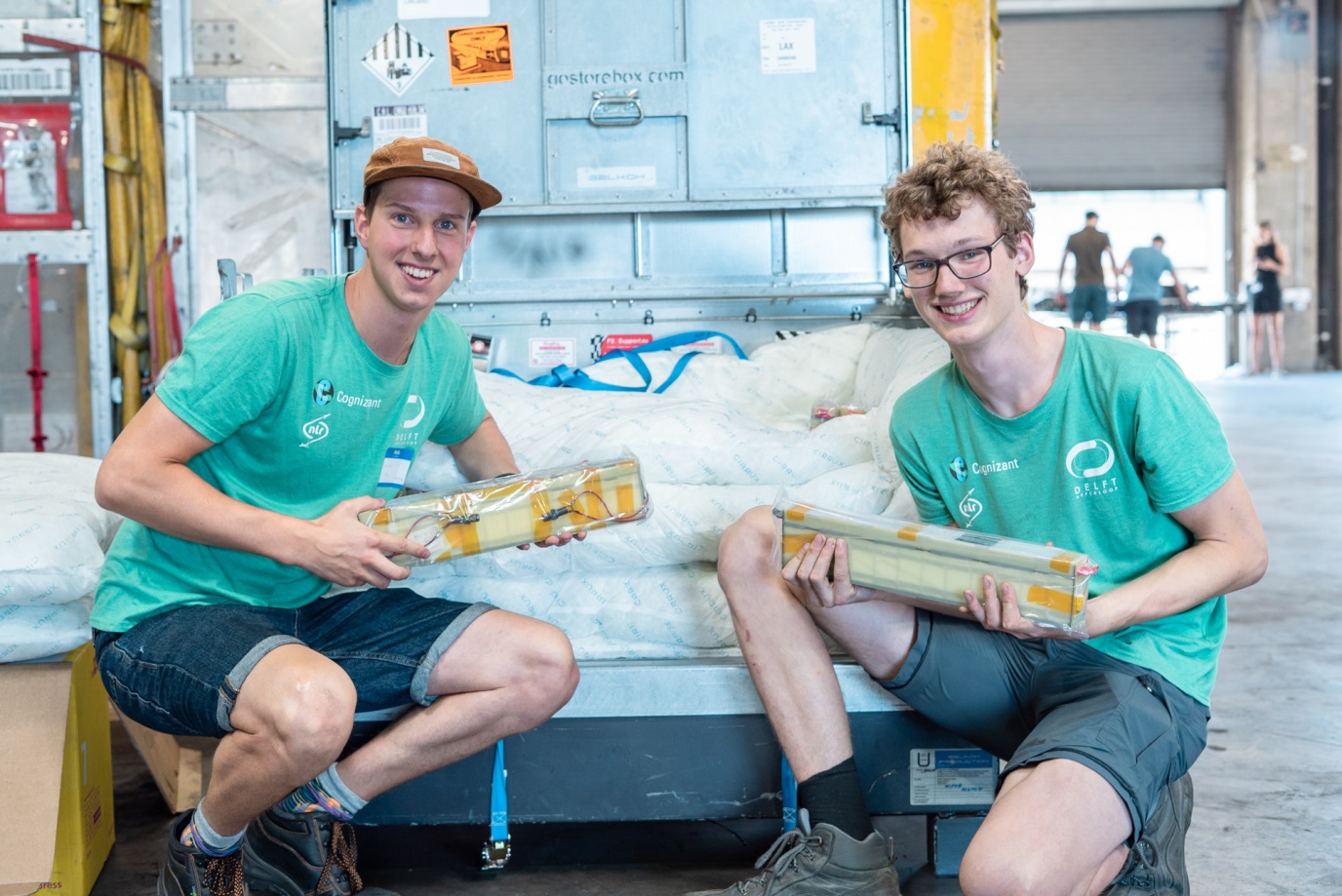