An update for the dashboard on DUT19! A lot of progress has been made since the last blog, so there's a lot to share.

The dashboard a project unlike others the Electronics department here at Formula Student Team Delft, as the PCB is not a stand-alone functioning product. The dashboard PCB will require a casing and components, such as switches, buttons, LEDs and, front and center, an LCD. Consequently, two big steps were undertaken to carry to the dashboard to the state it's currently in.

Casing
The casing is the constraining factor of the PCB; it needs to fit all components within the boundaries defined in the car. It will also need to be watertight and have a certain resilience against driver abuse. Therefore, the casing had to be designed before the PCB. This was quite an undertaking, as the dashboard PCB was subject to the same deadlines as the other PCBs in the Electronics department, which do not require a prerequisite casing design. So, components were chosen, the according CAD-models were collected, and everything was dropped into 3D Experience -- also known as CATIA V6, a mechanical engineering CAD programme mostly used in the aerospace industry and Formula 1.

After a lot of playing with component positioning and outside finishes, I was eventually left with a casing design that not only fitted everything pretty snugly, but had quite an attractive appearance; unintendedly making it look similar to a Gameboy Advance, rather than the Wii U GamePad. I then created a PCB outline around all components and exported that out of 3D Experience and into Altium.

PCB
In Altium, I knew the outline of my PCB and I knew were all of the casing-protruding components were positioned, so all I had to do was place the non-protruding components and connected everything to the 200-pin SODIMM connector for the OEM board that houses the microcontroller. Putting it like this makes it seem like a simple task, but it is quite the opposite. Connection-lines often cross each other, forcing the use of multiple layers. Fortunately, I had four layers available to me, with the outside two being used for copper traces (i.e., the connection lines); the others being ground and powers. With two layers being the minimal amount of layers required, and not wanting to utilise more, I had to make due with what I had. The biggest pain came from connecting 40 LCD pins from the SODIMM to a LCD connector in close proximity.

After successfully completing routing and implementing feedback from both the PCB manufacturer and the assembler, it is off to be produced and waiting to be tested! 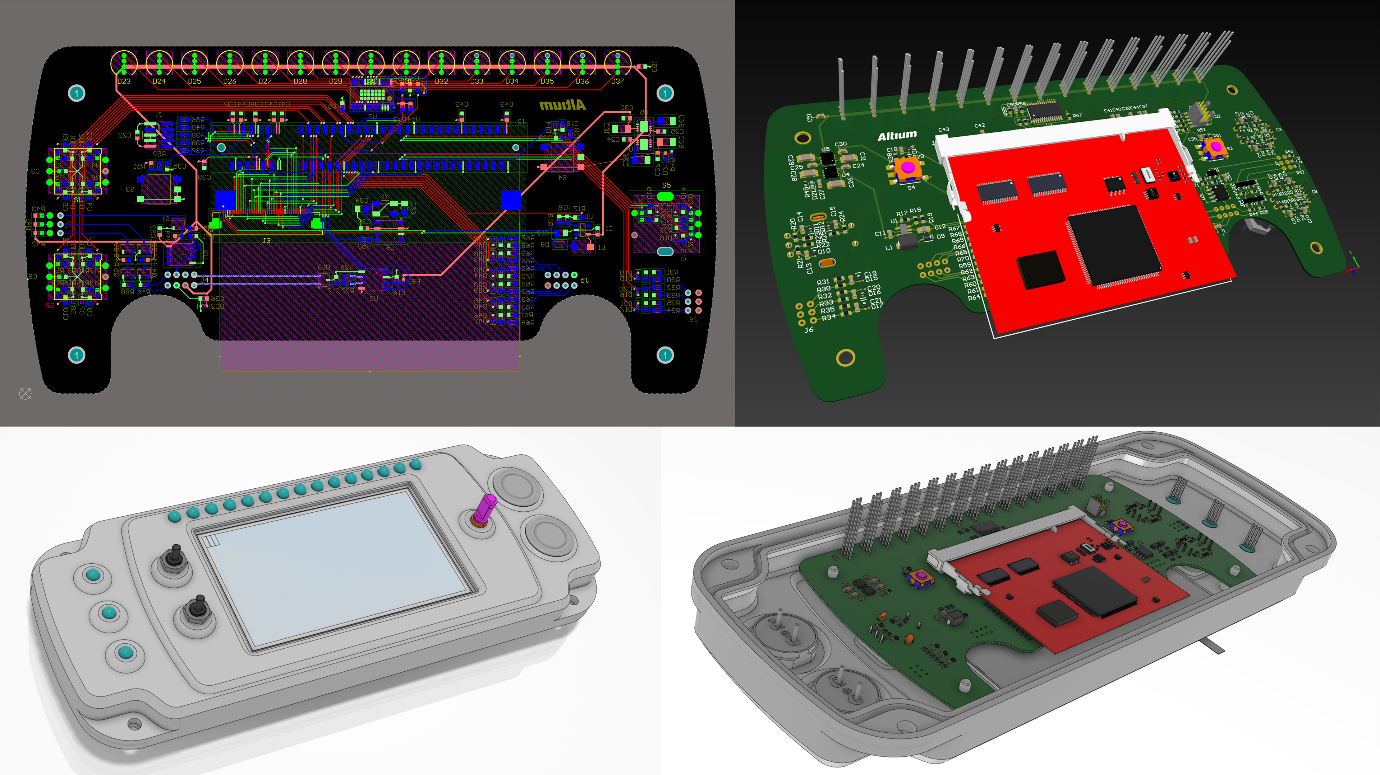