What's that, you say? Cybathlon update number two? Heck yeah it is. So it's Saturday morning as I'm writing this. The morning of the final day of the Cybathlon. A lot has happened since the last time I wrote. We saw our competition, Roki and Symbitron. Roki is a Mexican team who are entering with r new, experimental exoskeleton that's very compact, but not quite ready, yet. It has some very ambitious actuators, and at the moment they can't really stand up, yet. Symbitron is a research project from Twente University that we're actually quite good friends with. They have quite a good exoskeleton, but they still have some stability issues. Meanwhile, our progress also hasn't been uneventful. Over the past few days, we've practiced every morning as soon as the convention floor opened. We've done two races every day, to try to get the best score. So far, we've done all obstacles individually. Quick recap, for those who forgot, that is:

We have to do as many as possible within eight minutes, with time being the deciding factor when two teams do the same set of obstacles.

So far, our best score was where we did the Sofa, Rough Terrain and Ramp in just under seven minutes. Today, we're going to try to do the Rough Terrain, Ramp and Stairs in eight minutes, cause the stairs are worth more points than the sofa.

While we've been practicing all these, the media have been following us. Yesterday, someone from NOS came over and did some recordings for a radio segment for NPO 1. We also appeared on RTL news at some point, and a few days ago, a video of us appeared on Dumpert, which got almost a quarter million views. 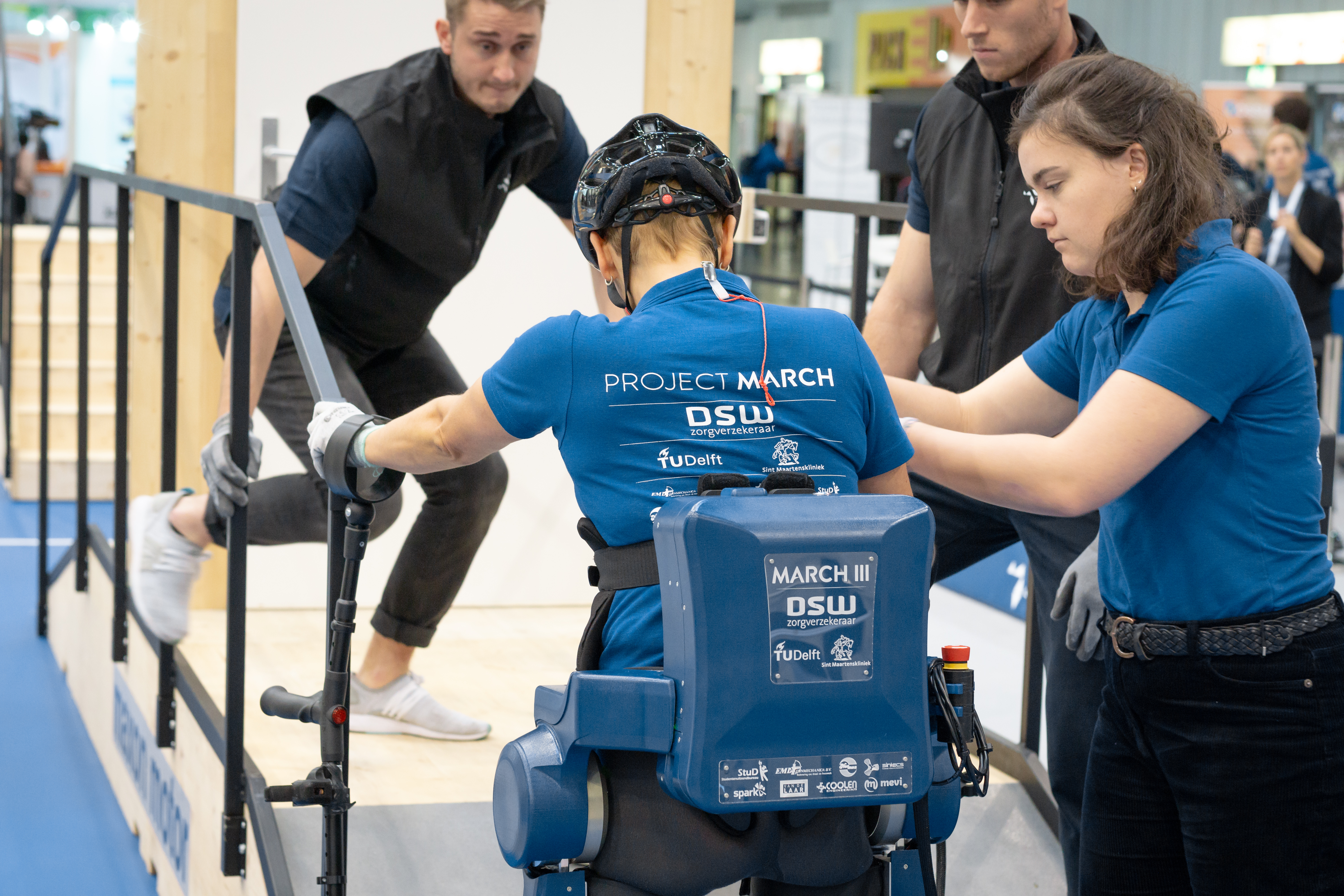