The power distribution board

Today it's time for the Electrical Department, that will tell you more about their home made Power Distribution Board!

One of the projects of the Electrical Department is the Power Distribution Board, or PDB. The PDB has the ability to connect to the battery of the exoskeleton (the big gold-colored on the right and bottom on the first picture) and distribute the power to both the four joint motors (holes at the top) and the electronics (white connector at the bottom), hence we call it the Power Distribution Board. It includes safety features such as an emergency switch, which can be controlled by an external button that connects to the board (black connector on the right). Moreover, the PDB is fitted with multiple sensors that monitor the power system, such as temperature, battery voltage and power usage of the motors. These are useful to check if the exoskeleton is properly functioning and also gives us valuable data during operation. For example, how much power are we using while climbing stairs? All monitoring and control is handled by the “MBed” (the blue rectangular device in the middle of the first picture) which can communicate with the “brain” of the exoskeleton through a communication device that is placed in the gap on the left of the PCB. Finally, there is the grey component in the middle-right, which converts the voltage meant for the motors to a suitable voltage for the electronics. This enables us to use one battery instead of one for the motor and one for the electronics.

A nice sideview can be seen in the second picture. 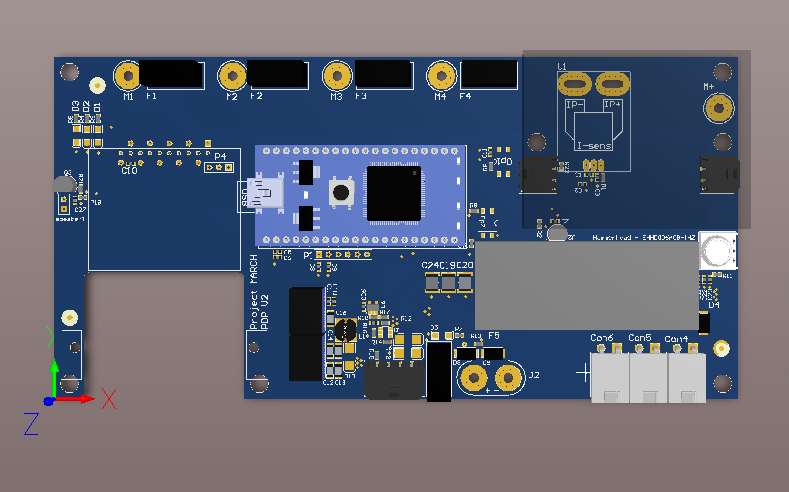