Hi! I am Laura, Chief Electronics in the Solar Boat this year. I will tell you here a little bit about one of the most critical components in the electrical system in which we have been working for the past months: the energy box.

For most of the people, the energy box is just a black box with some electronics in it, but it is actually one of the most complex systems in the boat, together with the height control system. It is in charge of receiving the energy delivered by the solar panels through the Maximum Power Point Trackers and feeding the rest of the systems with it. The energy box contains of course the main battery, but also several other components like the motor controller, two relays, the Battery Management System, the Energy Management System, the circuit breaker and a big DC/DC converter. This year, the battery will be placed on the bottom of the box, together with the cooling system. The rest of components will be placed in an upper compartment, separated from the batteries with a plastic plate.

Since the beginning of the year, we have been busy with the choice of all the components and the design of the PCBs that are placed in the box, and now it is time to finalize the design and decide the physical location of the components in the upper compartment so that the connections between them are as clear and easy as possible. We also have to take into account that the box needs to be as light as possible, since every kg counts when you are designing a boat that flies on hydrofoils! Another importer point in the design is the shape. When we go sailing, we first put the boat in the water with 5-6 people that pull it up, and once the boat already lies on the water we give the energy box to the pilot and he is in charge of placing it in the boat and making all the connections. There are several cables that need to be connected to the box, from the MPPTS, to the dashboard, to the height control, and of course the power cables to the motor, so sometimes this is not an easy task! Anyway, this means that the energy box has to easily fit through one of the hatches on the deck of the boat, which have a size of 4x4 solar cells.

At the moment we are still in the design and production phase, but hopefully we will have a working energy box around mid-February, and then we will start the building process again to build a second one, so that in case of failure during a race we can have a quick backup! 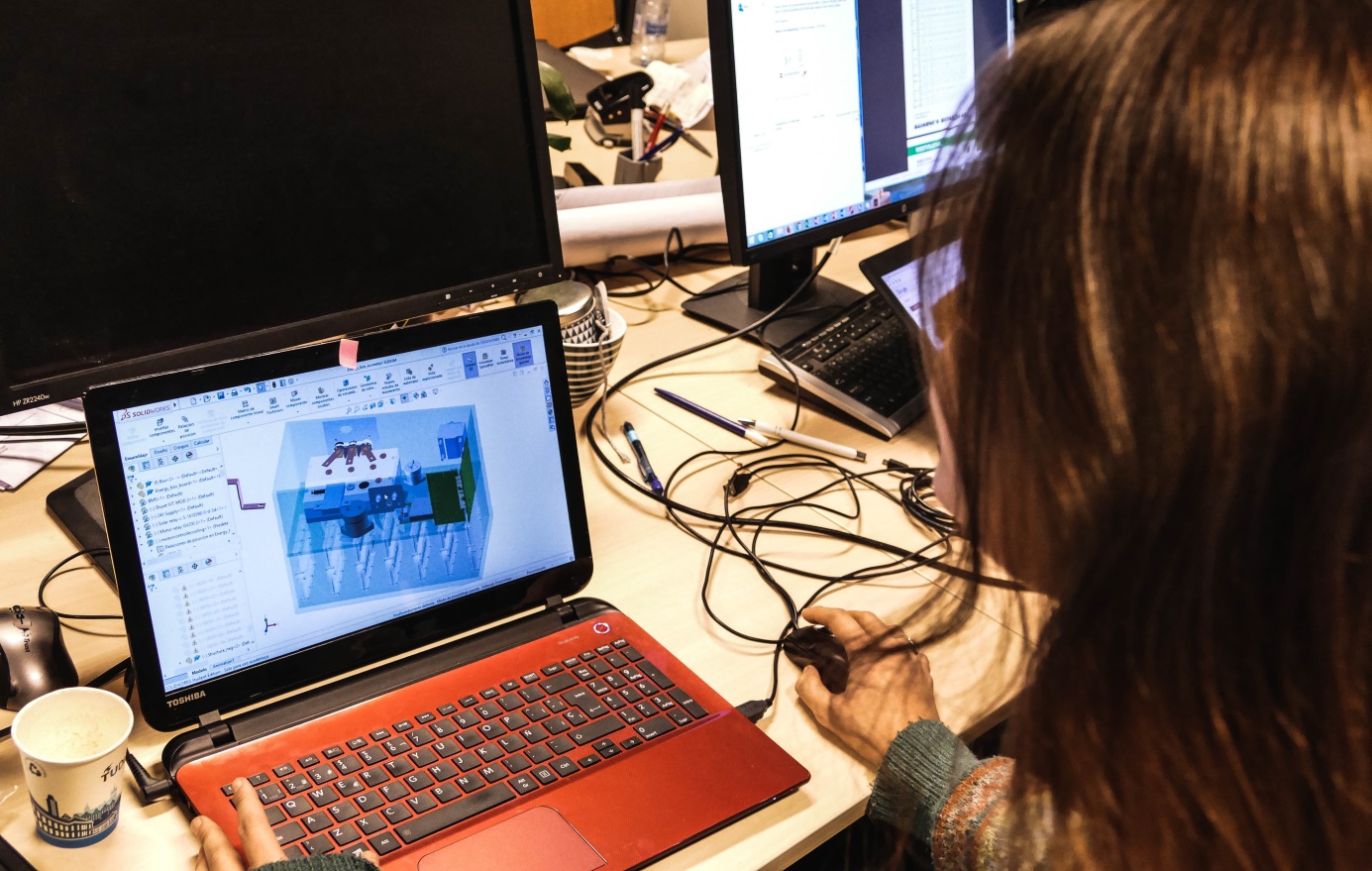