Last weeks have been about showing the innovation and improvements we have made in the solar powered boat field to the public. For almost a year we, the TU Delft Solar Boat 2018 team members, have been working on designing, producing, testing and improving a solar powered boat. In September, the 24 members of our team started with the design of the boat with the very successful 2016 boat’s design in the back of our heads. We focused on improving the top speed, the efficiency and the maneuverability of our boat compared to that of the 2016 TU Delft Solar Boat.

Now, beginning of July, the design and production phase is behind us, and we are fully focused on our goal: winning the Solar Sport One competition. A competition where multiple teams compete in different races to show that their solar powered boat is the fastest, most efficient and easiest maneuverable.

We have had three races so far, and are currently in our fourth, the second to last, race of the competition. These races are the final tests to see our innovations come to action.

During the first race it became clear that we were on the way of becoming a successful team. We finished second in Akkrum, Friesland, where this race was located. There were still some new features to be implemented to finalize our design, and become worthy competition of the first place. We still had time to keep improving the boat, by lots of testing and some more designing. The race in Akkrum took place around the first week of May, with a second race being scheduled weeks later.

The first tests after Akkrum seemed very hopeful. Every iteration we managed to improve the boat in some way.

Firstly, we improved the top speed of the boat, by implementing rear-wing actuation. Now, the rear wing was not stationary, but could move considering the speed and pitch of the boat. We went from a top speed of around 37 km/h at Akkrum to up to 50 km/h after two weeks of experimenting with this new wing setting. If we would be able to reach just over 50 km/h during an official top speed race, we would be awarded the official speed record of electrical boats power by the sun. The record was held by the Solar Boat Team of 2016, at an amazing velocity of 50.1 km/h.

Secondly, we improved the boats efficiency, by lots of pilot training for our two pilots. They now were able to fly more constantly, at more constant speeds. During Akkrum, we still had to land and take-off because the pilot was not too familiar with the boat yet. Moreover, not flying steadily made it harder to perform difficult tasks, such as flying through bridges or small cannels. We had around a 10% efficiency improvement at our cruise speed, of around 30 km/h, after two weeks of intensive pilot training.

Thirdly, we managed to improve the maneuverability of the boat by optimizing the rear steering system. We are the first team to implement front steering as well as rear steering. The second makes it possible to turn around small corners in just one movement, while the first system is to keep stable while flying on the hydrofoils. Just like keeping a bike stable with the steering wheel in the front.

We used a sort of scoreboard to see how close we were getting to our strongest competitor, who was currently in first place of the competition. In all categories, we were significantly getting closer to our goals that would make us just as strong, or maybe even stronger than their boat. With two more weeks of testing scheduled, we were optimistic about the upcoming races.

But, not all stories end in an happy ever after, and as you might have or maybe haven’t heart, it all turned out a little different. What exactly happened after these first two weeks of testing, I will discuss in the next blog. 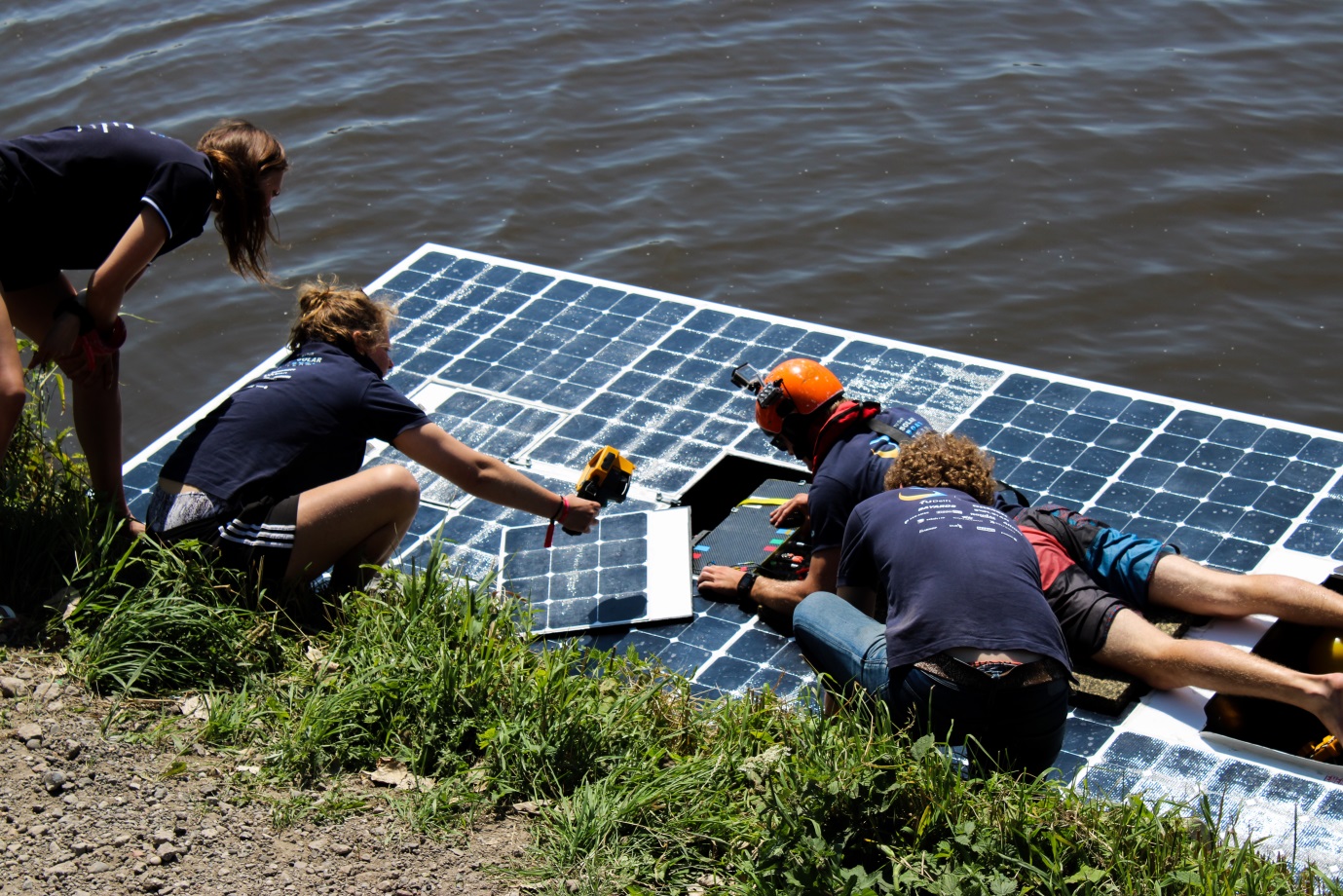