It has been a couple months since our last race, held in Monaco. After successfully reaching our team objective, we can look back on an enervating year. Large setbacks and great victories have predominated our progress day after day. We, as the 2018 TU Delft Solar Boat Team, were the first team to ever design, produce and test an electric solar powered boat on hydrofoils within 9 months. We started our year in September, and had our first race in the beginning of May, which created this deadline of 9 months. After this first race in May, the roller-coaster of ups and downs commenced.

After this enervating year was finished, all team members were able to reboot their regular lives once more. For some of us, this meant continuing with what we had paused during the year. For others this was the time to pick up something completely new. In this blog I will show you the directions you are able to go after a year within a dream team, solely based on my own and team members’ experiences.

Starting with myself, I belong to the first group, continuing my paused activities. During the year, I postponed finishing my bachelor, which was now the time to pick up. As an Applied Mathematics student, I am finishing my bachelors with a Bachelor Final Project. This is a full-time quarter in which I focus on a subject within a mathematical field. I will then take up a small research project within this subject, about which I will write a report and give a presentation at the end of the ten weeks of the quarter. Moreover, I will be bridging to the Computer Science masters. My activities within the Solar Boat Team has helped me in making this decision of changing my studies. For a full year I worked on the software of the boat, which appealed to me so much that this decision became inevitable. Joining a team like this can change your future decisions and help to shape you as a person, as it did for me.

For the second group of people starting something new, I have many examples. Team members going abroad for their studies or just for some relaxation after such a stressful year or team members starting their masters. I will give you the most appealing examples of this group of people.

The first example is about two students of the team that were working on completely different subjects within the boat. One worked on the driveline and the other on the hull structure. Throughout the year, the two have really grown closer. Afterwards, they made the decision to go abroad together for a couple months, to work on a similar project as the Solar Boat, but with a different objective. This new team focusses on racing off-shore and make their solar boat available for consumers. The main focus of these two students within their new team, is something completely different than what they were working on within the Solar Boat Team. They have dived into the deep by putting their attention completely on the electronics of the off-shore boat. By picking up a new side of solar boats, they hope to get a more all-round idea in how to design and produce  such a vehicle. This shows once more what a year of working within a dream team can do for you.

As a last example of the second group, I will tell something about somebody starting a new task that would probably not have been possible without the year within the Solar Boat Team. This student was finishing his bachelors this year, but had some time to fill for the remaining of the year before starting his master’s degree. To fill this time, he sent an open job application to a sponsor he made contact with during one of our sponsor events. Just last week he has started a job there by going through one simple job application. Companies, and especially sponsors, know what the participants of such dream teams are capable of. In this way, a team can boost your further carrier in ways you didn’t imagine.

I hope that by sharing my personal experience, and that of fellow team members, I have given you, the reader, an idea of the impact a team can have on yourself and your futures steps. 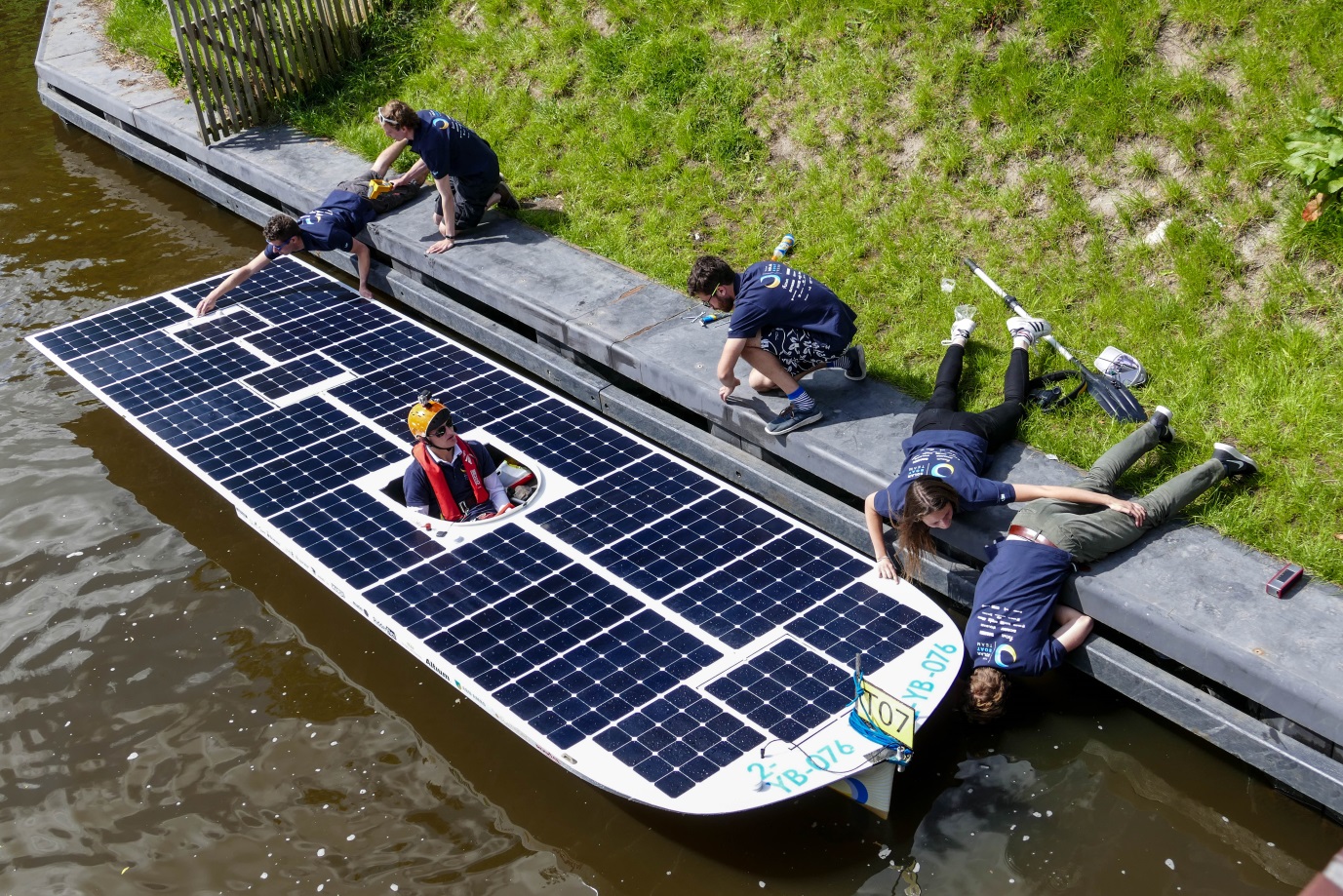