After a lifetime of fundamental research, molecular biophysicist Cees Dekker is going to use his expertise to improve the lives of people in developing countries. ‘I have always been a scientist studying fundamental problems first and foremost. How do cells work? What is the origin of life on earth? Now, for the first time, that knowledge will serve a concrete practical purpose.’ Dekker is working on developing a cheap diagnostic tool for people who suffer from so-called ‘neglected tropical diseases.’ The aim is to develop a lab-on-a-chip device which will be as simple to use as a pregnancy test.

Neglected tropical diseases are diseases which are not regarded as a priority by the West and consequently little money is provided to fund treatment. Meanwhile over 1.4 billion people, including 500 million children, fall ill each year. Diagnosing the diseases is a major problem because of a lack of laboratory equipment, qualified medical staff, and a stable supply of electricity. ‘All these things need to be in place with the old diagnostic techniques. But we have a an idea for a completely new detection method, one that will enable anyone to make a diagnosis without any training at all. It involves using the recently discovered CRISPR/CAS protein complex which can signal the presence of diseases in the body by detecting the DNA of the bacteria that cause them.'

CRISPR/CAS is special because it recognises genetic codes in the DNA – for instance the code belonging to the blood parasites which cause neglected tropical diseases.’ The testing process is similar to that of a pregnancy test: a drop of blood is put on a piece of paper impregnated with agents which prepare the blood for the subsequent DNA detection in another part of the paper. CRISPR/CAS will then detect or not detect the disease, as the case may be. Then part of the paper will turn a specific colour via another molecular mechanism coupled to CRISPR/CAS.’

I have always been a scientist studying fundamental problems first and foremost. Now, for the first time, that knowledge will serve a concrete practical purpose

Why does a fundamental scientist such as Dekkers suddenly turn to applied science? ‘I am regularly meeting George Whitesides who works at Harvard and who also is a front runner in the field of nanoscience. He set up near-zero-cost diagnostics projects for the poorest people in Africa. That combination is something of a rarity in the world of fundamental science and I can’t think of anyone else who’s done it. Whitesides’ example inspired me and his project motivated me to set up one of my own. It also appealed to a long-held wish of mine to make a relevant contribution to the solution of the huge problems faced by people in developing countries.’

Thanks to TU Delft | Global Initiative – of which Dekker was one of the driving forces – he can now make a start. Although the core of the project will be lab-based research into the new detection method, Dekker will also be facing new challenges, such as testing his device in the field. ‘First we need to get into the lab and prove that the principle works. Then we can develop a test device and start testing people. I’m a complete novice in this field so I will be enlisting the help of the locals and experts who know exactly what they’re doing.’

The fact that Dekker has turned his attention to neglected tropical diseases instead of much better-known diseases such as malaria, shows something of the kind of man he is. ‘I’m an idealist. I’m a scientist who wants to find out how things work. But I’m also a Christian who wants to use the fruits of his work to serve mankind. With the scientific expertise of myself and my team we can develop a cheap and accessible diagnostic tool which will enable people in developing countries to get treatment in the early stages of the disease. And that will save lives.’ 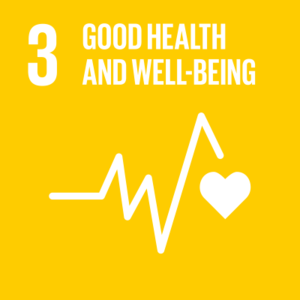