Haemodialysis, in which blood is filtered in an artificial kidney machine, is the predominant treatment in case of kidney failure. In its current implementation, this treatment puts a lot of stress on the patient’s cardiovascular system, leading to complications. Supported by a grant from Delft Health Initiative and LUMC, Tim Horeman and Joris Rotmans aim to substantially reduce this treatment burden.

Tim Horeman is somewhat unique amongst TU Delft engineers. As an assistant professor within the Department of Biomechanical Engineering, he creates unique solutions for surgical problems. He spends a lot of time interacting with surgeons and surgical staff, also during surgery, in order to fully understand the challenges they face. He also creates start-up companies to make sure that his innovations will make it all the way into the operating room. ‘Research at TU Delft typically involves transforming a good idea into a prototype,’ he says. ‘But it is still a huge step from prototype to end-product, especially given all the strict medical device regulations and the complex context of the Operating Room. This typically takes six years.’ 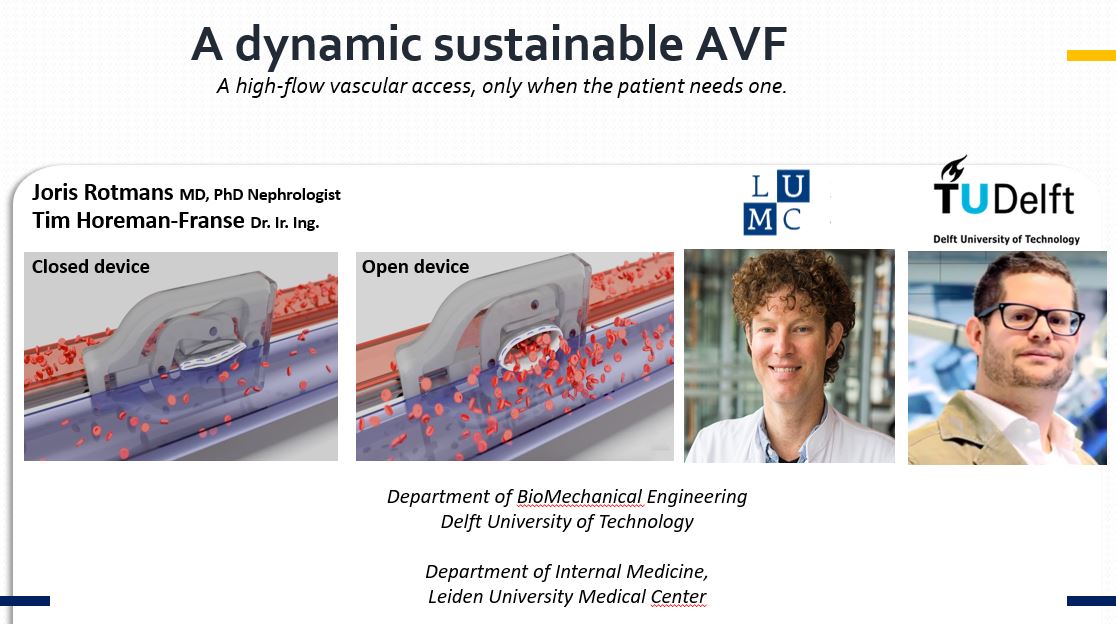 In the Netherlands, nearly two thousand new patients are diagnosed with kidney failure each year. Lacking sufficient donor kidneys, the vast majority of them will require dialysis. To ensure adequate blood flow for haemodialysis, a surgeon will make a direct connection (called a shunt) between an artery and a vein in the arm of the patient. This creates a permanent high blood flow circuit, leading to a plethora of cardiovascular complications as the heart needs to generate much more cardiac output than normal. This shunt also has a limited lifespan and multiple surgical interventions are needed to keep it functional. ‘Creating a shunt helps these patients survive, but if you really want to help them, you have to do it right,’ Horeman says.

Joris Rotmans and his team at LUMC already developed an implantable valve that could close the shunt when the patient is in-between dialysis sessions, returning the blood flow to normal. Horeman: ‘This driving and valve system had many mechanical and electrical parts, including a motor and battery. It was too complex to be implanted for long-term use. Within the current project we will work together on creating a sustainable and purely mechanical mechanism. Ideally, it will be a monolithic (single-piece) device, based on deformable parts and using energy in a smart way.’ The driving mechanism for opening and closing the shunt will be no larger than a bottle cap. Placed under the patient’s skin, it will be operated by hand at the time of dialysis, usually three times per week. 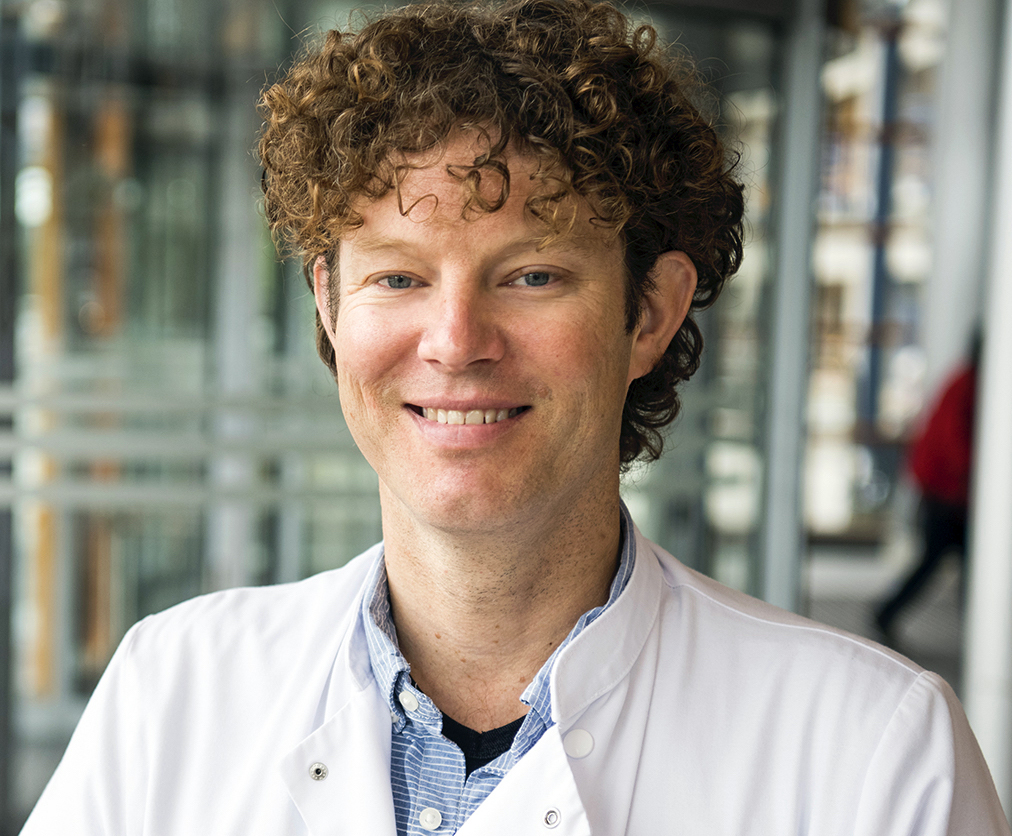 The project starts with the creation of a working concept including computer simulations to determine the forces needed to operate a unique new type of driving mechanism. A fully functioning prototype will be ready by the third year. ‘Then come the cadaver and goat studies,’ Horeman says. ‘These take a lot of time and are a necessary step towards clinical validation. It is especially important to assess the influence of a closing and opening shunt on the blood flow over time, as it is expected that cells and scar tissue will build up around the mechanisms, which may influence proper functioning of the devices.’

The Dutch Kidney Foundation (Nierstichting) has already expressed interest in funding the follow-up research for translating the proof-of-principle coming out of this project into an actual medical product. Horeman expects this research to evolve into another start-up, adding to his 70-hour workweeks that he can only sustain because of his intrinsic drive to make the world a better place. Horeman: ‘So far, and with varying teams, I have developed seven medical solutions that made it to the market. One of these was an implant that substantially reduced the disease burden of patients suffering from Crohn’s disease. Some patients still send me bags of candy to express their gratitude.’