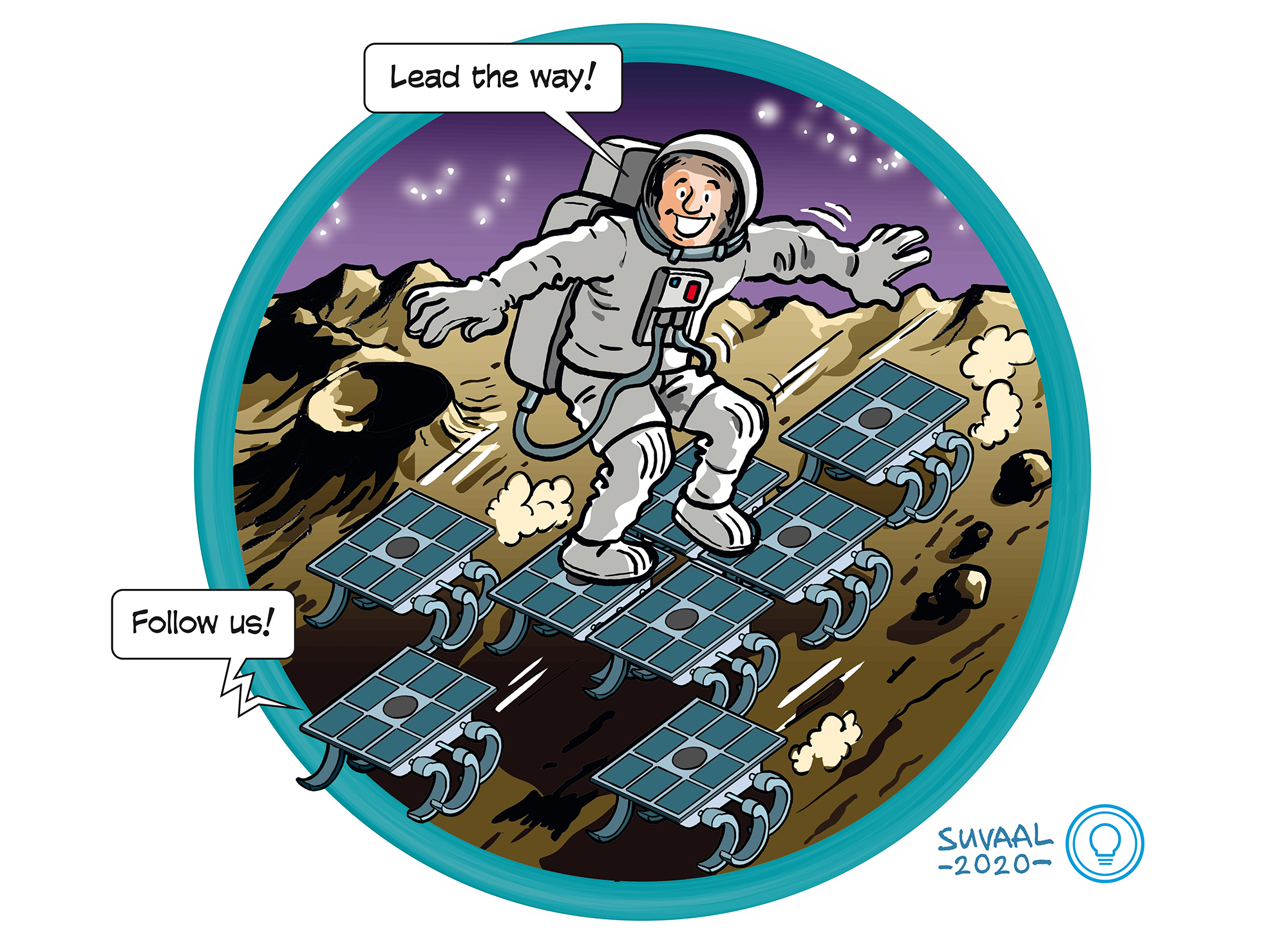 A TRL is a measure to indicate the matureness of a developing technology. When an innovative idea is discovered it is often not directly suitable for application. Usually such novel idea is subjected to further experimentation, testing and prototyping before it can be implemented. The image below shows how to read TRL’s to categorise the innovative ideas.

The Lunar Zebro is an “object centered research project”. Not the scientist and his papers are in the center of gravity, but the robot with the engineers in orbit around it. This means that a student team of 50 to 60 engineers and researchers with different back grounds are working together closely to develop to build the smallest and lightest rover that can explore the surface of the moon autonomously. The maximum mass of 1,5 kg and its survivor skills in harsh environments are the most challenging constrains the team has to work with. A Zebro is a six legged swarm robot. The swarm can perform all sorts of complex search and reconnaissance tasks such as exploration of inhabitable terrains, tunnels and caves or form a self-deploying and self-repairing sensor network. The idea is that a space mission becomes more effective if an Internet-of (Swarm)Robots support bigger rovers and astronauts.
A many fold of innovations are being worked on in order for the Zebro to be Lunar-ready. Challenges the teams are solving are: how to program the Zebro in such a way that it will not harm itself or others when the software is affected by radiation; how the Zebro’s can operate autonomously within a specific area on a specific task and how they communicate this amongst themselves; how the structure of the Zebro can withstand the razor sharp moon dust; how the Zebro can interact with humans on a basis of remote command (not control); the flexibility of the sensors or extra batteries that a Zebro can carry and change when necessary.