Asli Boru is PhD candidate at the Faculty of Industrial Design Engineering.

Asli Boru has a background in industrial design having worked as a designer and as a project manager in Turkey and in Germany for 5 years. She contributed to the design of various products on the market including the bottle of famous Turkish alcoholic beverage: Yeni Raki, various living room furniture designs and two bathroom series for Vitra. In 2006, she was selected as one of the promising young designers by the Red Dot Design Center, where she was invited to present her vision and to collaborate with leading German companies in various sectors.

In 2012, Asli was as a member of Aging and Sustainability Program of the IDEA League, which involved modules of trainings in Japan, Switzerland, Germany and the Netherlands. As part of the pilot project 'Learning from Japan: a super aging society', she visited Tokyo, where she attended lectures and presentations from Japanese companies including Fujitsu, Philips Japan, Japanese Government, Tokyo University, Tokyo Tech, and diverse Japanese business incubators. Through a collaboration project from NHL University she visited Kyushu University, KU Hospital, and Hamamatsu University School of Medicine.

Currently, Asli is a PhD candidate at the faculty of Industrial Design Engineering where she earned her master's degree in Strategic Product Design, 2012. Her main research interest is to understand the role of stakeholders in the design and development of technological products for national health systems.

In detail, the theoretical aim of her research is to improve understanding of the technological innovation process in the Dutch senior care market using Stakeholder Theory. The practical aim is to provide recommendations for the Dutch government to support regions/provinces in innovations for elder care. Methodologically, the PhD research is based on several case studies of e-health products in elder care market from diverse regions in the Netherlands (and a few from Japan for comparison).

The supervisory team consists of Prof. dr. Richard Goossens, Dr. Frido Smulders and Dr. Peter Joore. The research at NHL University of Applies Sciences and the Delft University of Technology is supported by a joint initiative called University Campus Friesland (UCF), which aims to improve the academic and economic development of the Friesland region. The subsidiaries of the project are the municipality of Leeuwarden, the province of Friesland and the Dutch Government.

Asli Boru has a Turkish-Crimean Tatar origin and she was born in one of the Tatar diaspora, Eskisehir, Turkey. 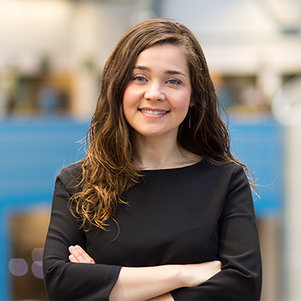