Peter Joore is Visiting researcher at the Faculty of Industrial Design Engineering.

Dr.ir. Peter Joore (1967) studied Industrial Design Engineering from 1985 till 1991 and started his career as a designer in industry, among others working on a redesign of the Fokker 50 aircraft interior, the development of signage for Hong Kong’s Mass Transit Railway Cooperation and the design of check-in systems for Moscow’s Domodedovo Airport. After working as a product designer for several years, from 1999 till 2008 he was a senior researcher and business consultant at TNO, the Netherlands Organization for Applied Scientific Research. Here he coordinated national and international projects in areas related to sustainable system innovation, the development of mass customized solutions, and the creation of wearable sensor systems to improve human performance. In parallel to his work at TNO, from 2003 till 2007 he was a part-time lecturer during the start-up of the new faculty of Industrial Design of the Eindhoven University of Technology. In 2010, he finalized his PhD thesis titled ‘New to Improve’, which he wrote as an external doctoral candidate. He is currently linked to TU Delft as a visiting researcher at the Design for Sustainability group, but his main activities take place in the North of the Netherlands, where since 2008 he is a professor of applied sciences ('lector') in the area of Open Innovation at NHL Stenden University of Applied Sciences, Leeuwarden. Here he is involved in several European cooperation projects, among others Innolabs, Smart City Coaching, Learning for Innovative Design for Sustainability and Inno-Quarter. He has developed a broad range of new initiatives like the X-Lab and the Design Factory, an innovation hub located in the former Blokhuispoort prison in Leeuwarden. This is a member of the Design Factory Global Network, a partnership of over 20 design labs in 5 continents, initiated by Aalto University Finland. Peter is involved in several national and international networks and is one of the founders of the Network of Applied Design Research NADR, a practice-oriented research network focusing on design research at Dutch Universities of Applied Sciences. Several PhD researchers of the faculty of Industrial Design Engineering have successfully been involved in those projects and initiatives. Recently, Peter has developed a new professional master program titled Design Driven Innovation. The ambition of this new master is to train professionals who can translate complex societal challenges into successful innovations, based on a design-driven way of working. The new master was successfully accredited by NVAO in November 2018 and will start in September 2019. The overarching theme in all of his research is related to the relationship between new products and services on the one hand, and long-term societal change processes on the other. In other words, between smaller incremental innovations on the one hand, and more radical system innovations and transitions on the other. In all of his work, his main aim is the realization of a smart, sustainable, inclusive society by means of the development of promising innovations. 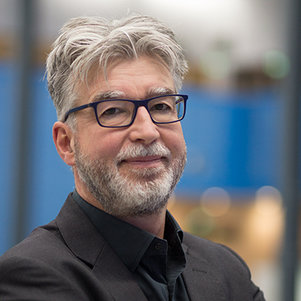