On 29 and 30th of March, we held our first MUDNET conference. About 110 persons attended the conference and more than 30 posters were presented. The goal of the meeting was to stimulate the interaction between scientists of different fields and between scientists and Port Authorities. The main topic of the conference was of course! mud, but focussed specifically the first day on sediment management from a port perspective. The second day the floor was given to academic research presentations in the form of invited keynotes and posters presentations.

An overview of the attendees: 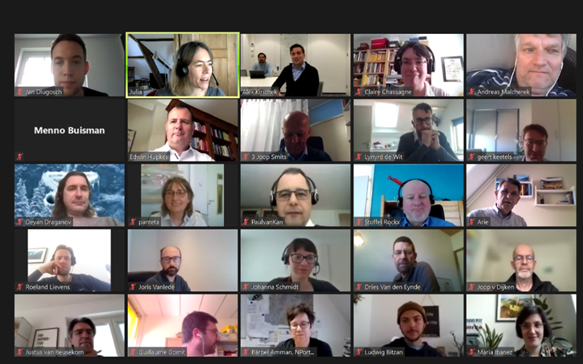 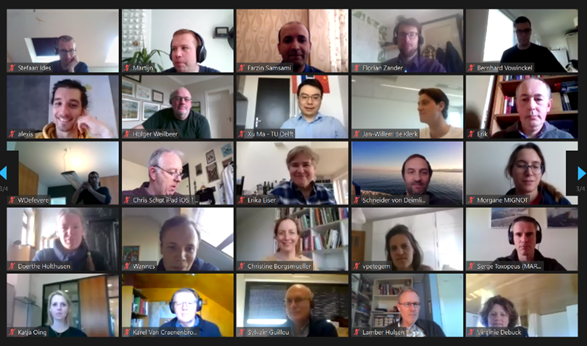 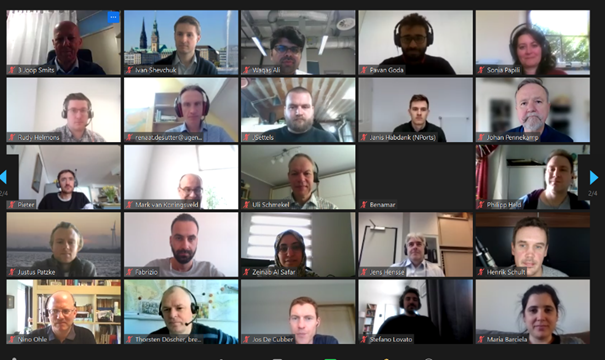 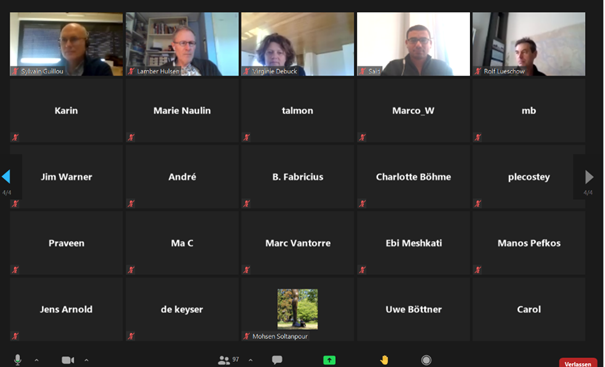 The following keynotes were given on 29th of March:

The Nautical Depth project in the Port of Hamburg
Nino Ohle

A general plenary discussion closed the exchanges, which was led by Stoffel Rockx from RIVM.

On the second day (30th of March), the presentations were categorized in different topics, as follows

Yield stress and liquefaction of muds

Rheology of mud from the Port of Hamburg
A. Shakeel, A. Kirichek, C. Chassagne

Rheological measurements to improve the understanding of suspended sediment dynamics in the Ems estuary
C. Borgsmüller

A rheological model for mud which avioids the use of a yield stress
J. Schmidt, A. Malcherek

Rheology of cohesive suspensions: a preliminary approach towards the sediment transport
A. Bougouin, A. Jarno, A. Benamar, F. Marin, A. Pantet

Examining the erosional and depositional behaviour of cohesive sediments: Flocculation in an estuary
J. Rounce, A. Manning

The Elbe Estuary is experiencing manifold human induced changes including increased eutrophication, dredging activities superimposed on climate change. Based on long-term data we will show that SPM-dynamics in the Hamburg Harbour region changed over time from background riverine levels of about 20 mg/l to up to 5-fold higher present levels observed during low freshwater discharge. These changes were paralleled by dredging activities. The source of SPM in the harbour region changed toward a dominance of marine SPM. Interactions of eutrophication-induced massive riverine phytoplankton blooms and marine SPM lead to the deposition and degradation of organic-rich material in the harbour region, now being a hotspot of among others coupled nitrification - denitrification, O2 consumption and N2O release. Given the importance of marine SPM in the Elbe estuary and its deposition in the Hamburg Harbour area, we will discuss the interactions between eutrophication and SPM dynamics in the coastal North Sea.

A fundamental question for this meeting is: “Where is what, and how can we map it quickly and efficiently?”

I would like to provide in this keynote talk an overview on techniques used for mapping Harbor basins, the seafloor and the different layers where water gradually changes to solid, and the boundaries of the harbor basin including key walls. I will attempt an overview of techniques already applied in the industry (including but not restricted to Fugro), examples and case studies from literature, as well as an outlook how more recent techniques could contribute to this. These recent techniques focus on ideas and experiments, both in TU Delft and Fugro, on using seismic techniques to map the interface layers between water, mud and solid seafloor. Tools of choice include passive and active seismic investigating interface and surface waves with a high content of shear waves probing specifically the geotechnically relevant soil and mud parameters.

The manoeuvring behaviour of vessels is highly affected by their small under keel clearance in access channels and harbours. If sedimentation and the formation of mud layers occur in these areas the manoeuvring behaviour becomes even more challenged, especially because the exact location of the bottom is not unequivocally determined. In such areas the nautical bottom definition, as stated by PIANC, should be applied. Over the past decades research at Flanders Hydraulics Research and Ghent University has been focussing on both the determination of the physical characteristics of the mud and the manoeuvring behaviour in such areas. The keynote will give an overview of this research.

Simulation of a steady turning circle manoeuvre in contact with fluid mud
I. Shevchuk, M. Abdel-Maksoud

Lower Ems is a hyper-turbid estuary with severe ecological problems like anoxic conditions during the low discharge summer season. In order to prepare and optimize remediation options, NLWKN Coastal Research Station has developed a coupled hydro-morphodynamical numerical model, which is capable of seamless transition between turbulent free flow and non-Newtonian fluid mud flow. The presentation covers the model description, its application to the Ems estuary, and some validation against measured data.

On the simulation of muddy waters

A conceptual approach will be presented which is able to simulate the movement of muddy waters over the full range of clear, turbulent waters to suspensions to fluid mud as well as consolidating beds. It will be shown that this approach implemented in a 1DV model is capable to reproduce the complex tidal cycle of settling, stratification and resuspension measured in the Ems estuary.

Protocol to prepare the FHR’s consolidation set-up in the context of navigability through mud
M. Ibanez, D. Meire

At the end of the day, a plenary discussion about future research in connection with ports’ need was initiated by the MUDNET team with all attendees.