After graduating from COSSE in 2015, I started a PhD in the field of Brain-Computer Interfaces (BCIs) at the University of Freiburg. BCIs are systems which can translate neuronal signals into control commands, for instance, allowing completely paralyzed patients to communicate without speaking or gesturing. In my research, brain signals are measured by electroencephalography (EEG) and translated into control commands using methods from machine learning.

My theoretical research is concerned with unsupervised machine learning to reduce or skip a calibration prior to using a BCI. For this task, the COSSE program gave me the opportunity to learn the foundations of machine learning and numerical optimization which are essential when designing real-time BCI systems. Even though a lot of other content in my Master’s studies was not directly applicable in my PhD, I still acquired the general skill to quickly learn new mathematical concepts and ideas. To me, this is even more valuable than knowing mathematical content by heart.

What I really enjoy in my everyday work is its multidisciplinary nature. On the application side, I am working on the development of a BCI-based rehabilitation protocol for stroke patients with language deficits. In this project, I am working together with neurologists, speech therapists, psychologists and other computer scientists. This requires a high degree of flexibility — something that I could practice during my COSSE studies. As I spend my first year at the TU Delft and my second year at KTH Stockholm, I came in contact with many people from a broad variety of fields, nationalities, and interests. I found this to be a very stimulating environment which really enriched my studies. At Delft, I was deeply impressed by the scientific level of the courses in applied mathematics. In Stockholm, I chose to specialize in computational biology and got intrigued by their interdisciplinary research which ultimately led me to the field of BCIs. In summary, I highly recommend the COSSE program because of its scientific content and international character. 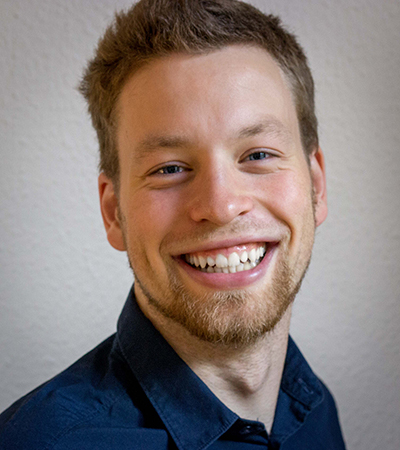