Do you want to relive the session with Mickey? Go watch the recording here.

Frederik W. (Mickey) Huibregtsen worked for a major part of his career with McKinsey & Company. Since 2000 he has redirected his efforts towards a wide variety of social initiatives.

Born in Rotterdam, Huibregtsen studied at TU Delft. In 1964 he graduated cum laude in theoretical and technical mechanics (the current Mechanical Engineering programme). After graduating he joined the navy as an engineer, where he designed a tank truck and a pressure hull for a submarine. In 1966 he switched to VMF-Stork to become a manager, eventually joining McKinsey & Company in 1970 where he remained until 1999. At McKinsey he worked his way up to become a Managing Partner and ultimately Chairman. During his time there, he served a large and diverse number of leading international organisations, both in the private and the public sector.

Huibregtsen was a Board member of INSEAD, the international business school; founder and president of Topshape, a personal training company; and founder and president of The Public Cause, a broad movement in the Netherlands directed at reenergizing society and revamping the political system. From 1999 until 2005 Huibregtsen hosted a weekly radio programme with BNR Nieuwsradio interviewing Dutch public figures. Between 1990 and 1998 he was president of the Dutch Olympic Committee (NOC*NSF). The magazine Quote included Mickey Huibregtsen in their list of the ‘600 most powerful people in The Netherlands’ in 2003.

Huibregtsen recently initiated MaatschapWij, an inspirational platform that aspires to make the Netherlands more sustainable and socially oriented by putting change makers, engaged citizens, rebellious civil servants, and social entrepreneurs in the spotlights. In 2018 he published Management Made Simple. Ideas of a Former McKinsey partner. In his most recent book he captures the insights he garnered during his consulting career.

Our societies have come to the end of the road. We need a fundamental reconstruction of the systems and institutions that now govern us and redefine the roles of all the players with a stronger focus on making things work by respecting the human dimension. This is not a choice between socialism, and capitalism or any other -ism. There is no future for any pure -ism. Life is too complex and interdependent for that. We need organic institutions with a clear view of purpose and values. We need governments that guide and inspire, rather than direct and control. We need corporations that pursue value creation for all stakeholders and finally we need citizens that reassume their personal responsibility for the wellbeing of society.

The world’s complexity grows exponentially in the 2010s and 2020s. And with it the challenge to management at any level of any organisation anywhere. The purpose of this book is to help managers deal with this complexity by offering some simple concepts, models and ideas on topics varying from corporate strategy to organisation, leadership and operating performance. The working hypothesis in doing so is that there is only one way of dealing with complexity and that is by making things simple.

In this book Mickey Huibregtsen shares his vision and ideas with next generations of leaders. This book is relevant for (aspiring) managers at any level in any type of organization. 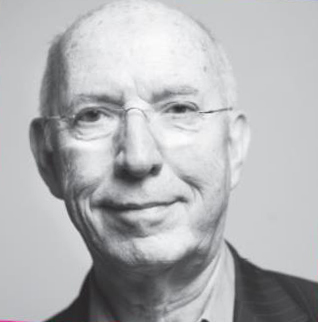