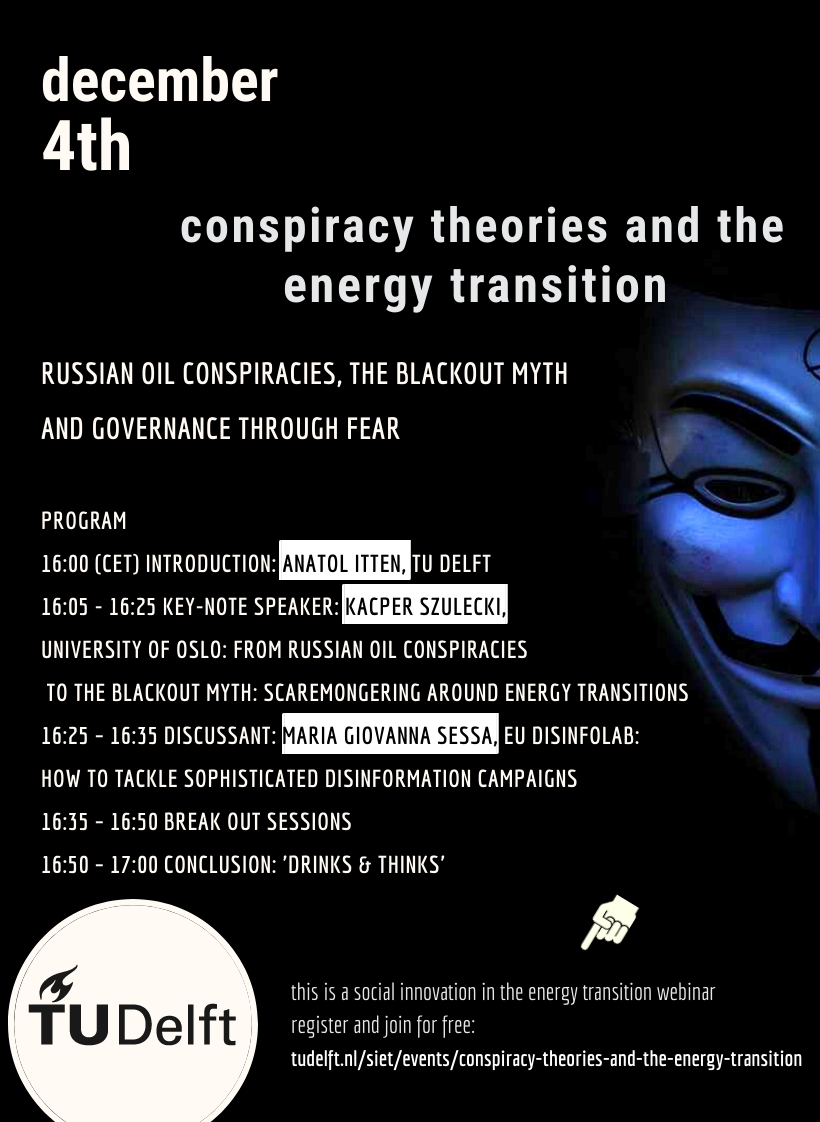 Conspiracy theories and the energy transition

Russian oil conspiracies, The blackout myth, and Governance through fear

The effects of conspiracy thinking on climate change attitudes are larger than previously argued (Uscinski and Olivella 2017). Yet the impact of conspiracy theories onto the energy transition so far has been understudied. Studies in other disciplines have shown, that social media algorithms and recommender systems lead groups of viewers ultimately to watch more content that is associated with conspiracy theories or particularly divisive issues (Alfano et al. 2020; Collins, 2013). Given the politicized nature of many energy transition projects, extreme opinions are likely to distort the overall discussion, and create real policy implications. This turns into a problem if conspiracy thinking leads groups of citizens to completely reject the energy transition.

In this webinar from the Social Innovation in the Energy Transition (SIET) platform, we will discuss the influence and the spread of disinformation and conspiracy theories on the energy transition and debate if they are a serious threat. Key-note speaker Kacper Szulecki, Senior researcher at the Department of Political Science at the University of Oslo, will refer on examples such as the Russian oil price conspiracies, the Polish nationalistic rhetoric to defend its coal industry, and the inflation of the ‘Blackout’ myth.

We further discuss mechanisms that might counter negative effects and how un- or less opinionated groups might be influenced through conspiracy theories in the energy transition. Dr Maria Giovanna Sessa, from the EU DisinfoLab will give some answers to these questions and what strategies might help in tackling sophisticated disinformation campaigns targeting the path to a low carbon society. 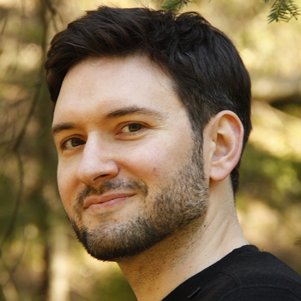 Kacper Szulecki is a Senior Researcher at the Department of Political Science, University of Oslo and a Research Professor at the Center for Energy Research of the Norwegian Institute of International Affairs (NUPI). He is a political sociologist (PhD 2012, University of Konstanz), specializing in European energy policy, securitization and dissent. He has recently published a series of papers on conspiracies, disinformation and populist rhetoric around the energy transition. 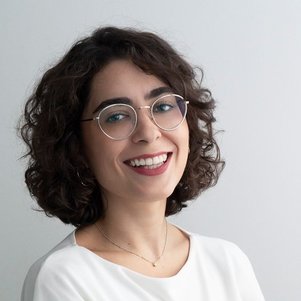 Maria Giovanna Sessa holds a PhD in Political Science (Sant’Anna School of Advanced Studies). She is currently a researcher at the EU DisinfoLab, where she acts as country expert in a project on disinformation in Italy. She is also involved in various initiatives committed to fighting disinformation and increasing media literacy at the European level.