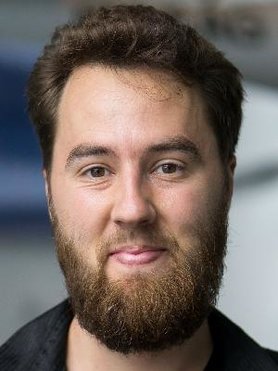 Adam obtained his undergraduate education from the University of Queensland (UQ Australia) in 2012. A dual major in (Mechanical and Aerospace) engineering and a single major in (Applied mathematics) science was obtained with 1st class honours. He participated in a two year exchange program with the Delft University of Technology. Master coursework was undertaken from various faculties to accommodate the degree titles with an industrial based thesis undertaken at Micro Turbine Technology (MTT b.v. Eindhoven). The thesis involved a close collaboration with the automotive department of TNO.  Shortly after graduation Adam relocated to the Netherlands in search for work in the Aerospace sector and proceeded to publish (Co-author Willfried Visser) several European sanctioned reports dealing with Gas Turbine Performance in the setting of the ESPOSA project. At the end of 2013 Adam was successfully appointed as a PhD candidate under the doctoral adviser Piero Colonna.

2012, The University of Queensland, Deans accreditation for high achievement.
The award is issued to students who usually obtain 1st Class honours.