Dariu M. Gavrila received the MSc degree in computer science from the Vrije University, both in Amsterdam, NL. He received the PhD degree in computer science from the University of Maryland at College Park, USA, in 1996. He was a Visiting Researcher at the MIT Media Laboratory in 1996. From 1997 till 2016 he has been with Daimler R&D in Ulm, Germany, where he eventually became a Distinguished Scientist. During 2004-2018, he also was a professor in Intelligent Perception Systems at the University of Amsterdam (parttime). Since 2016 he heads the Intelligent Vehicles group at the TU Delft as a Full Professor (fulltime).

Over the past 20 years, Prof. Gavrila has focused on visual systems for detecting humans and their activity, with application to intelligent vehicles, smart surveillance and social robotics. He led the multi-year pedestrian detection research effort at Daimler, which was commercialized in the Mercedes-Benz S-, E-, and C-Class models (2013-2014, PreSafe Brake®) and which currently saves lives and reduces injuries on the road. He now performs research on self-driving cars in complex urban environment and focusses on the anticipation of pedestrian and cyclist behavior.

Prof. Gavrila graduated 8 PhD students and over 30 MS students. He published 100+ papers in first-tier conferences and journals, and is frequently cited (Google Scholar: 13.600+ times). He served as Area Chair and Associate Editor on many occasions, he was Program Co-Chair at the IEEE Intelligent Vehicles 2016 conference. He received the I/O 2007 Award from the Dutch Science Foundation NWO. He furthermore received the Outstanding Application Award 2014 and Outstanding Research Award 2019 from the IEEE Intelligent Transportation Systems Society. He has had numerous appearances in the international broadcast and print media (e.g. Wired, Der Spiegel, 3sat, NOS) and well-received speaking engagements at industrial events. His personal Web site is www.gavrila.net (till 2016). His group's Web site is www.intelligent-vehicles.org (since 2016). 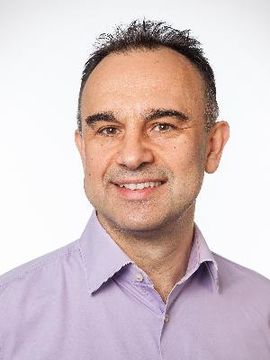