Alexis Bohlin is an Assistant Professor at Propulsion and Power within the department of AWEP at the Faculty of Aerospace Engineering. He earned his PhD in Physics 2012 at Lund University with his work on CARS spectroscopy in reacting flows. Before coming to Delft in 2016, he spent 3.5 years as a postdoctoral appointee at the Combustion Research Facility of Sandia National Laboratories developing ultrafast coherent Raman imaging in multidisciplinary combustion research. In 2017, he received a VIDI grant from the Netherlands Organization for Scientific Research (NWO).

Alexis Bohlin works on developing ultrafast non-linear optical spectroscopy in combustors and bioreactors and the advancement and utilization of renewable fuels in aero propulsion.

CARS imaging is one state-of-the-art laser diagnostics in reacting flows. It has been proven in laboratory flames for spatially correlated chemical detection and temperature which are the most important scalars to inform on the combustion reaction and to understand the pollutant formation. In this project, we continue pushing forward CARS imagery, with new unprecedented simultaneous resolution in space, spectrum and time. We build these ultrafast optical tools to be robust and utilized at combustors and bioreactors. The multidimensional resolution is important, since deep insight into multiscale turbulent chemical interactions can only be obtained from spectroscopic measurements garnered in spatial and temporal correlation. The application of these advanced tools in specially designed experiments at the combustor and bioreactor is to gain access to relatively fast-dynamics of chemical- and biological processes and a possibility to monitor these processes in-situ at video rates in close to industrial conditions. The goal of this research is to progress fundamental understanding in distributed auto-ignition combustion modes for reduced emission, and to boost the control of fermentation reactions of the bioreactor, which ultimately leading to step-in-progress cleaner combustion technology and carbon-neutral aero propulsion.

Funding is provided through a VIDI grant, which is a funding instrument in the Innovational Research Incentives Scheme of the Netherlands Organization for Scientific Research (NWO). 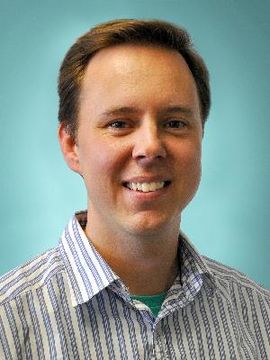