Philip R. Zimmermann is the creator of Pretty Good Privacy, an email encryption software package. Originally designed as a human rights tool, PGP was published for free on the Internet in 1991. This made Zimmermann the target of a three-year criminal investigation, because the government held that US export restrictions for cryptographic software were violated when PGP spread worldwide. Despite the lack of funding, the lack of any paid staff, the lack of a company to stand behind it, and despite government persecution, PGP nonetheless became the most widely used email encryption software in the world. After the government dropped its case in early 1996, Zimmermann founded PGP Inc. That company was acquired by Network Associates Inc (NAI) in 1997. In 2002 PGP was acquired from NAI by a new company called PGP Corporation, where Zimmermann served as special advisor and consultant until its acquisition by Symantec in 2010. Since 2004, his focus has been on secure telephony for the Internet, developing the ZRTP protocol and creating products that use it, including Silent Phone and Zfone. Zimmermann is Co-founder of Silent Circle, a provider of secure communications services.

Zimmermann has received numerous technical and humanitarian awards for his pioneering work in cryptography. In 2015 he received the US Privacy Champion Award from the Electronic Privacy Information Center. In 2014 he was inducted into the Cyber Security Hall of Fame, and Foreign Policy Magazine named him one of the Leading Global Thinkers of 2014. In 2012 the Internet Society inducted him into the Internet Hall of Fame. In 2008 PC World named him one of the Top 50 Tech Visionaries of the last 50 years. In 2006 eWeek ranked PGP 9th in the 25 Most Influential Products introduced since the invention of the PC in 1981. In 2003 he was included on the Heinz Nixdorf MuseumsForum Wall of Fame, and in 2001 he was inducted into the CRN Industry Hall of Fame. In 2000 InfoWorld named him one of the Top 10 Innovators in E-business. In 1999 he received the Louis Brandeis Award from Privacy International, in 1998 a Lifetime Achievement Award from Secure Computing Magazine, and in 1996 the Norbert Wiener Award from Computer Professionals for Social Responsibility for promoting the responsible use of technology. He also received the 1995 Chrysler Award for Innovation in Design, the 1995 Pioneer Award from the Electronic Frontier Foundation. In 1995 Newsweek named Zimmermann one of the "Net 50", the 50 most influential people on the Internet. 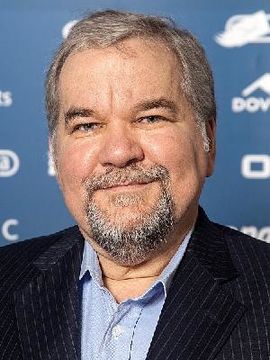