On Coordination and Support Action

4.      Selected by External Affairs Minister of India as one of the 10 leading Indian scientists outside India to discuss/advise on “Developing Cyber Capacity of India”.

5.     Invited by the Indian Prime Minister, Mr. Narendra Modi, when he visited the Netherlands.

11.    Selected for IEEE Public Visibility Initiative – My interview and Article on IoT (2014).

13.   Recognition by IEEE for contributions to the IEEE ComSoc Standards Program Development, 2014.

16.   Our article in IEEE Communication Letters, “An Analytical Energy Consumption Model for Packet Transfer over Wireless Links", was selected as the top 0.5% of papers IEEE ComSoc in Feb 2012.

19.   First place for DC Motor drive and consolation prize for AC Motor Drive in Karnataka state level, India, for ‘Do It Yourself’ competition at S.J.C.E, Mysore, India, 1993.

Dr. R Venkatesha Prasad is an Associate Professor at Embedded Networked Systems group of Delft University of Technology (TU Delft) since 2013. Between 2005 and 2012, he was a senior researcher and adjunct faculty at TU Delft. At TU Delft, he has supervised 18 PhD students (15 graduated, 3 ongoing) and 43 MSc students (36 graduated). He has (co-)authored more than 200 publications in the peer-reviewed international transactions/journals and conferences in the areas of Tactile Internet, Internet of Things (IoT), Cyber Physical Systems (CPS), Energy-harvesting, 60 GHz mmWave networks, Smart-energy systems, Personal networks, Cognitive Radios and Voice over Internet Protocol (VoIP). He has been successful in acquiring and executing several European and Dutch national projects in the areas of IoT, Future home networks (60 GHz), Smart-energy systems, Personal networks, and Cognitive Radios.

Venkatesha Prasad received his 4TU University Teaching Qualification diploma with excellence in 2015. Recognizing his research contributions to IoT, he has been selected as an IEEE Communication Society (ComSoc) Distinguished Lecturer on Internet of Things for the period 2016-2018. He has been contributing significantly to valorise research to practice by contributing to standards on Cognitive radios and Tactile Internet. He is currently the vice-chair of IEEE Tactile Internet standardization group. He is also leading many IEEE activities through positions in standards boards (secretary in the ComSoc standards board) and technical committees (vice-chair of cognitive networking committee in 2013-16). He is on the editorial board of many international transactions and magazines and is a regular TPC member for many prestigious journals and conferences. He is a senior member of IEEE and ACM.

He was responsible for the signing of MoU between IISc - TU Delft and he is anchoring ISRO-TU Delft cooperation. He completed his PhD from IISc, Bangalore, India in 2003. During his PhD research, a scalable VoIP conferencing platform was designed. His thesis work led to a start-up venture, Esqube Communication Solutions. While at Esqube, eight patent applications and three PCT applications were filed along with his colleagues. He was instrumental in Esqube’s selection as top 100 IT innovators in India in 2006 by NASSCOM and top 100 promising companies in Asia by RedHerring in 2008. 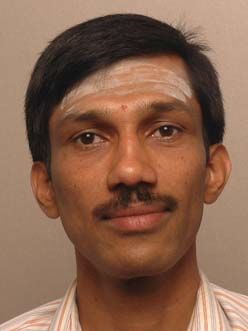