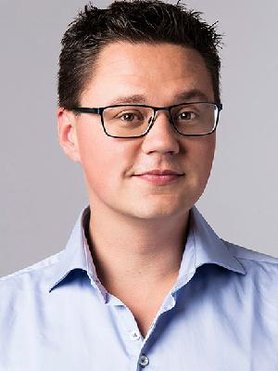 As a planetary geomorphologist I am fascinated by rocks and landscapes, both on Earth and other planetary bodies in the Solar System. I studied the interdisciplinary Bèta-Gamma Bachelor and did my MSc in Earth Sciences (cum laude), both in Amsterdam. In 2013 I defended my PhD, for which I studied the environmental fate of materials formed by volcanic eruptions under ice sheets and explored the parallels between Iceland and Mars. I have flown on parabolic flights (microgravity, moon, Mars, Titan), participated in hypergravity research and was involved in the two mission of our Dutch astronaut to the International Space Station. In April 2020 I joined the Astrodynamics & Space Missions section as lecturer.

Understanding how geological materials and landforms leverage our understanding of planetary evolution is one of my main research interests. This requires the study of extra-terrestrial materials, such as meteorites, and landforms of planetary bodies. Although limited in absolute numbers, the six ‘Dutch’ meteorites tell a fascinating story of primitive, metamorphosed and differentiated planetary bodies, each representing a step in the story (during the first millions of years) of the growth to planethood. However, for the final stages in planetary evolution – spanning the scale of billions of years – landscapes can help us to study and tell this story. Internal and external processes that have affected a planetary surface have caused it to retain clues to the planet’s geologic, climatic, and possibly biologic past. Where meteoritics studies the earliest rocks, planetary geoscience studies their lasts transformations; both are highly complementary and timely endeavours in the ongoing exploration of our Solar System. In addition, these research fields also offer fascinating opportunities for upstream and downstream applications in planetary exploration. Methods involve laboratory experiments, fieldwork and modelling, which tie together compositional properties, morphometrics and process dynamics.