Herman is a postdoctoral researcher working on the AITech project. AiTech is TU Delft’s multidisciplinary research program on awareness, concepts, and design & engineering of autonomous technology under meaningful human control. Herman did his PhD at the University of Groningen and has published on metaethics, belief revision and non-monotonic logic. Before he started his career in philosophy, he obtained a BSc. in Computer Science and worked in IT as software engineer and project manager for several years.

Course coordinator for the following courses: 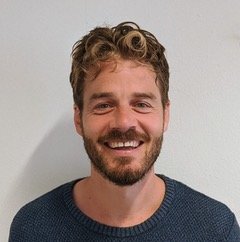