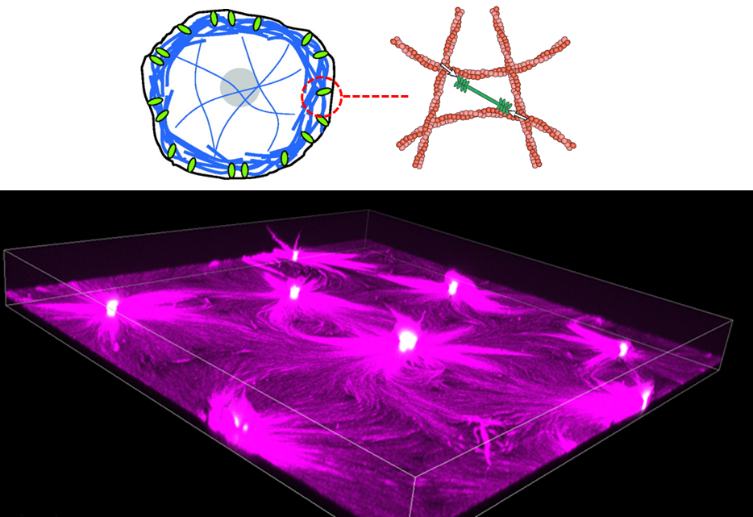 Cytokinesis is a fascinating process and an impressive feat of strength: the cell completely changes its shape by actively contracting the cellular midplane to physically separate into two daughter cells. Thanks to extensive cell biological research, we know many of the molecular players which are involved in the process - key among them the main players in the actin cortex, actin and myosin-II. However, we still lack a mechanistic understanding of how the actin cytoskeleton and its associated proteins coordinate to drive this process. We aim to identify the functional requirements for cytokinesis driven by an active actin cortex, by reconstituting a minimal divisome from purified components. We also work closely with other parts of the Synthetic Cell community to build and power an actin-based minimal protein machinery which can divide synthetic cells. We focus not only on the reconstitution of the complex divisome, but also use light and electron microscopy as well as rheology to better understand how its individual components, like myosin-II filaments, self-assemble into their functional form.