The actin and microtubule (MT) cytoskeletons are key structural components that allow and coordinate rapid and sometimes drastic changes in cellular morphology, such as polarization, migration and cytokinesis. Up until now much attention has been focused on the independent functions and characteristics of these two elements; yet, the cooperative functioning of actin and microtubules is increasingly regarded as a central element for many cellular key processes including cell division, cell migration, and adhesion. Several specific actin-MT linker molecules have been discovered, but a detailed understanding of their effects on actin-MT co-organization remains elusive. 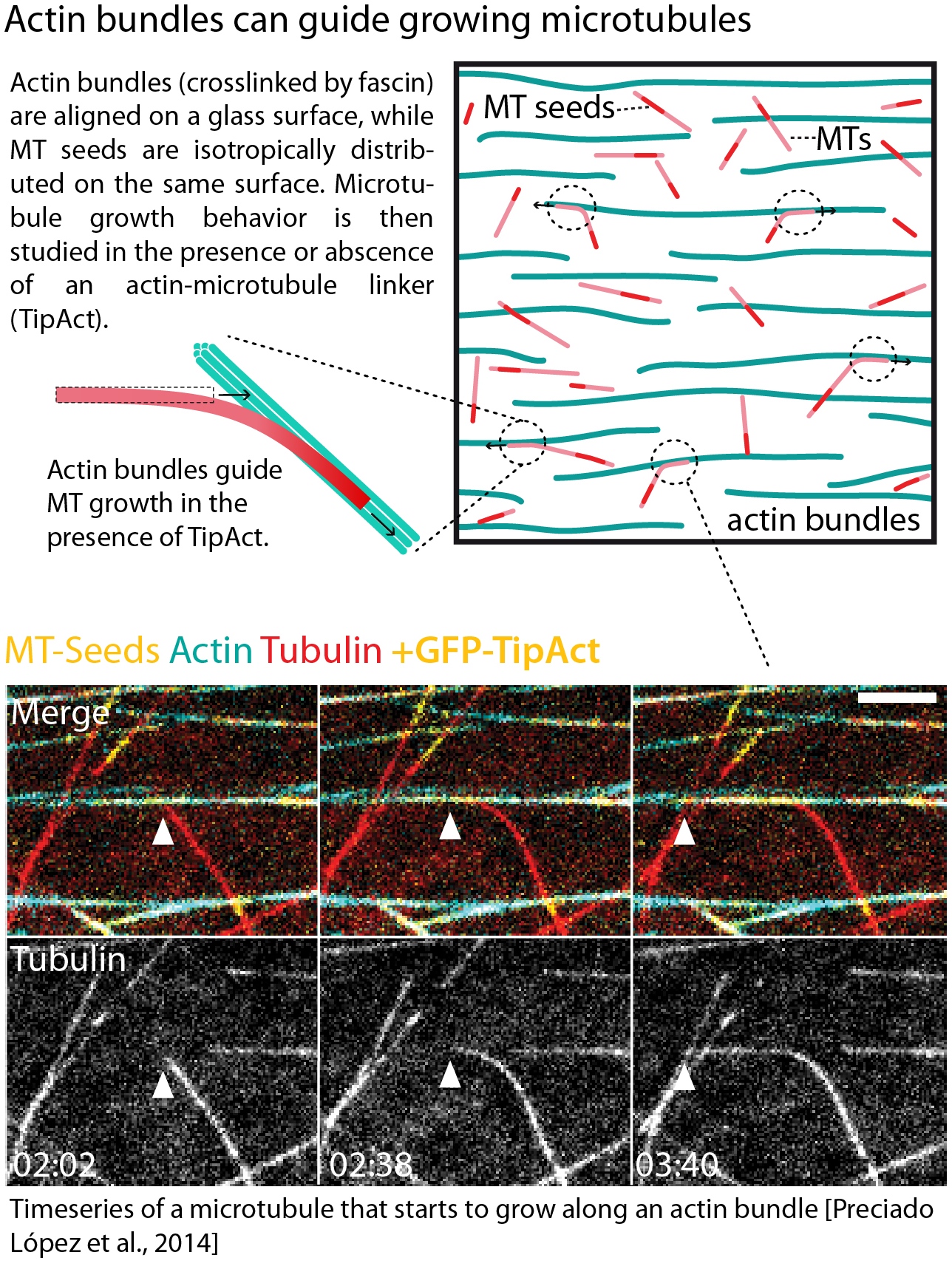 For a more profound and quantitative understanding of actin-MT crosstalk we developed a simple yet realistic reconstituted model system. MTs are grown from either stabilized seeds or centrosomes in the presence (or absence) of actin networks. Using fluorescence microscopy techniques such as TIRF, we are able to follow the dynamics of individual growing microtubules. To account for the diversity of cytoskeleton architectures we confront dynamic MTs with single actin filaments, loose actin networks, or rigid bundles. Coupling between the two cytoskeleton components is introduced in form of transient binding of growing MT plus ends to actin filaments using a actin-MT linker (similar in functionality to the protein MACF).

We find that the presence of an actin-MT linker allows growing microtubules to steer actin bundle formation and to transport actin filaments. In return, existing actin bundles can reliably capture and guide growing microtubules. Facing a wide spectrum of different geometrical and mechanical settings, the same dynamic actin-MT cross-linker thus can result in a rich repertoire of co-organizational effects, independent of biochemical regulation. 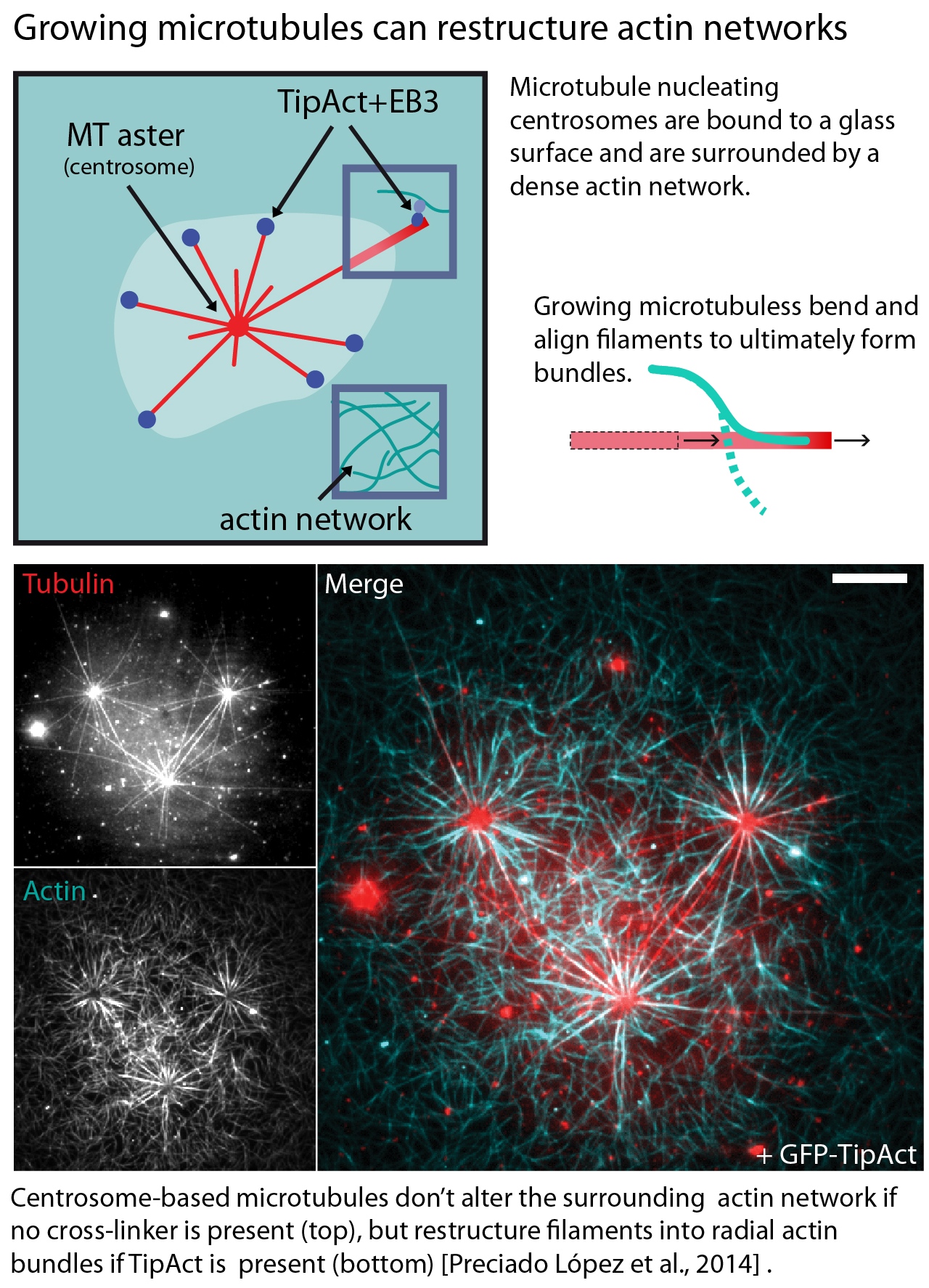