Finding a minimal system to establish cell polarity with microtubules

In fission yeast microtubules bring polarity markers to the cell poles. Those will make the cell happily grow from both ends. Other organisms use similar polarized patterns to migrate directionally or divide at the right location. 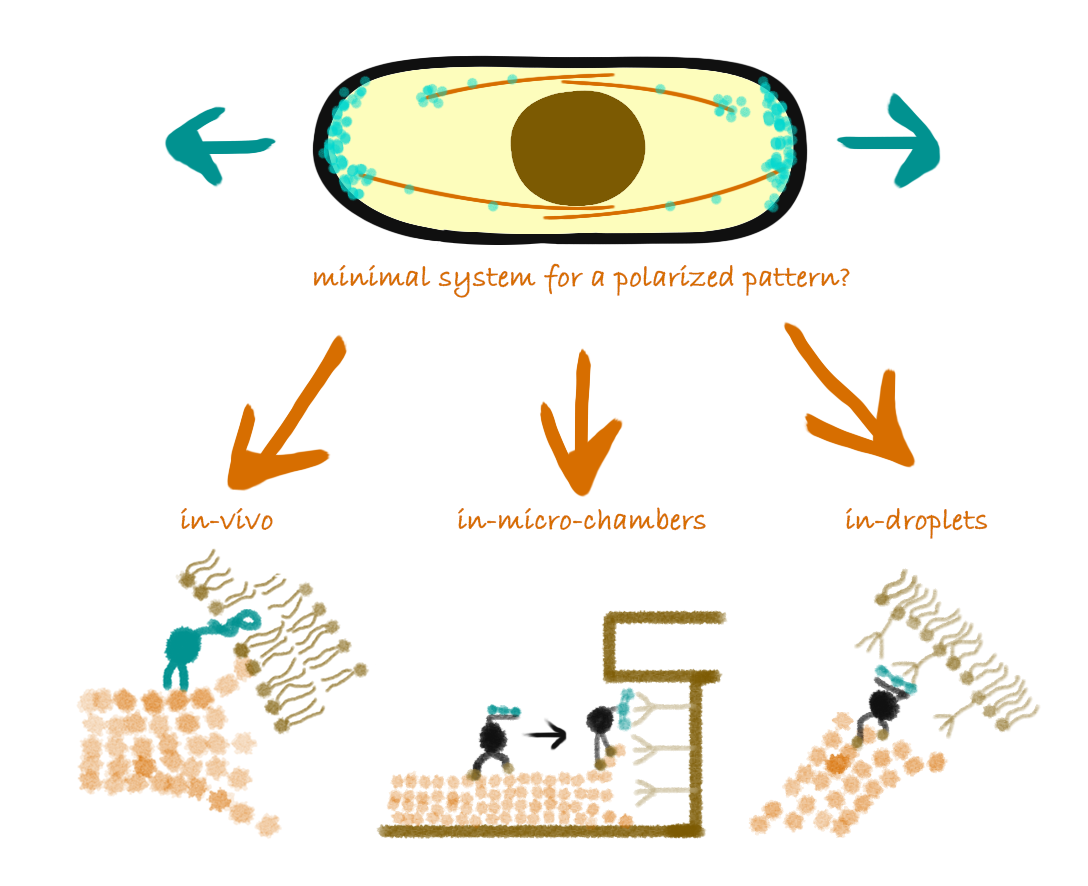 Pierre engineered a chimera protein that on the one hand, binds to microtubule tips (mal3) and on the other hand binds to the plasma membrane (pom1-fragment). In yeast, this protein shows a polarized distribution that vanishes upon drug-induced microtubule depolymerization. 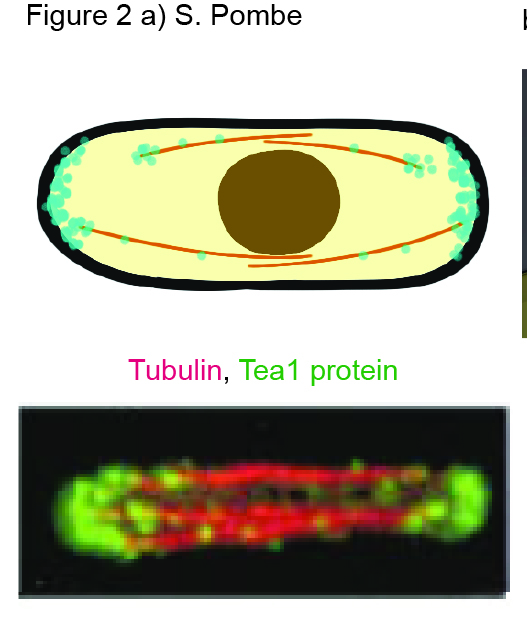 Núria Taberner is researching it in-vitro:

Núria makes micro-fabricated chambers with protein receptors at the wall (Tris-Ni-NTA). Microtubules grow towards the wall with tip-tracking proteins. Here, the yeast complex tip1-histag, kinesin tea2 and mal3 can dock to the wall receptor upon microtubule delivery. 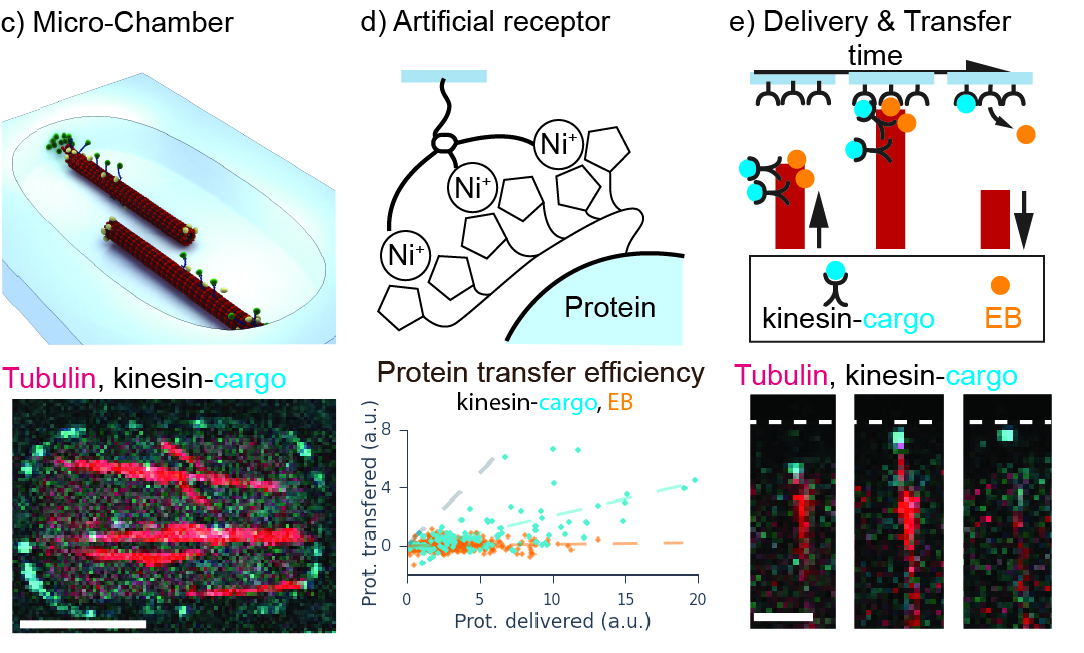 In parallel, together with Sophie Roth, they are developing a similar system resembling fission yeast cells: polarization in elongated droplets. Once microtubules bring proteins to the poles, how will the polarized pattern be maintained now that proteins can diffuse along the lipid layer? 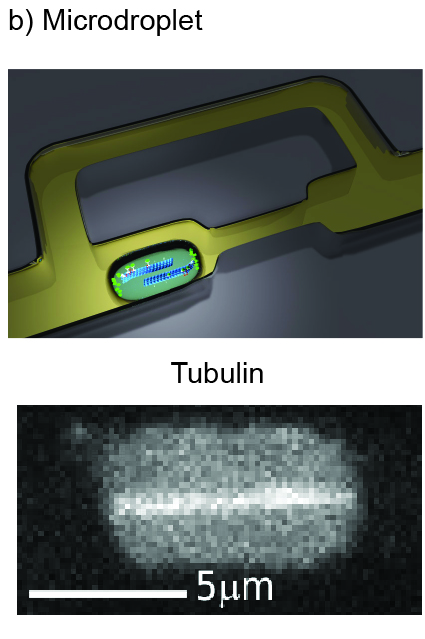