My research is focused on two areas: 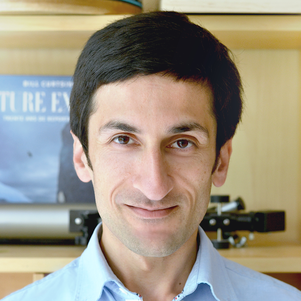 After a bachelor degree in Electrical Engineering (Birjand university and Sadjad institute of technology, 2007, Iran), Iman Esmaeil Zadeh followed two master programs in System-On-Chip and Material physics and Nanotechnology simultaneously (Linköping university, Sweden). He then moved to TU Delft where he received a PhD in applied physics in 2016 on the integration of quantum light emitters, photonic circuits and superconducting nanowire single-photon detectors. After his PhD, he worked for two years at Single Quantum B.V. (SQ) as a research engineer. From Feb.2018- Feb.2021, he was with TU Delft as a postdoctoral researcher followed by another short industrial job as senior research scientist (SQ). As of May 2021, he has been appointed as assistant professor in Optics research group, department of Imaging Physics, in the faculty of Applied Sciences. Dr. Esmaeil Zadeh has authored more than 25 peer-reviewed journal papers and has more than ten years of experience on the design, nano-fabrication, and characterization of photonic devices, superconducting detectors and the integration of semiconducting devices in photonic structures.