Over the past few years the number of users and user hours has increased significantly. As a user you may have noticed that at peak hours more than 30 people can be in the cleanroom. For the coming years we expect a further increase in users, for instance by growth of QN and QuTech. We are very proud that the facilities are well used and that we enable many exciting research projects. In order to continue the quality of the services we expect from you as a user to work very disciplined and in the meantime we will work on ways to enlarging the KN engineering staff and organizing means for materials supply and repair and maintenance. 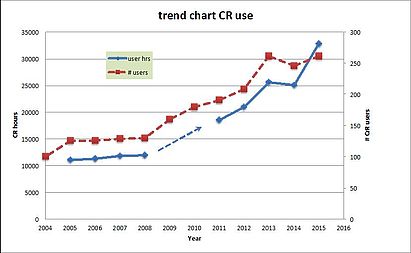 The dates of this year's KN technology colloquia are:

Recently we installed a hot embossing module on our EVG wafer bonder. At elevated temperature and with some force you can emboss a pattern into a polymer layer using a patterned silicon wafer (see picture 1). The upgrade was bought by PME department of 3mE, but is also available for all cleanroom users. Some tests have been performed. 500nm lines and spaces where hot embossed into MR-I 9000 resist, see picture 2 and 3. 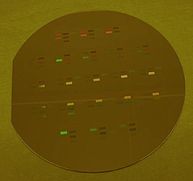 We recently purchased a new automated CO2 Critical Point Dryer Leica EM CPD300. By this process you can avoid sticking when drying your samples, for instance for drying cavities in MEMS devices or drying after development of high aspect ratio resist structures. This machine will operate next to the existing Tousimis dryer and will be used for ultra clean and small sized samples of max 2 inch. It uses a smaller volume, consumes less CO2 and is more automated than the existing tool.

The machine is installed in room P.00.360 (TU7) and if you are interested you can contact Roel Mattern (KN) or Richard Norte (QN). 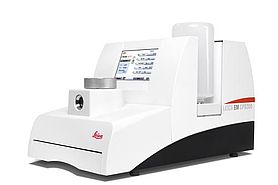 A Karl Suss PM5 probe station was installed in the cleanroom. It is located in between the Disco dicer and Westbond wire bonder, which are now located in the reorganized part (P00.390) of the thin film processing module TU-14 (P00.330). The PM5 probe station was previously owned by MED and was refurbished by a service engineer from Microtron. In consulation with Raymond Schouten brand new electronics modules were delivered by DEMO:

Furthermore the system is equipped with an IVVI rack mainframe for other specific measurements and enabling users to bring their own modules:

Contact person is Marco van der Krogt. If you want to use the system, please let him know, also if you are already familiar with a similar setup 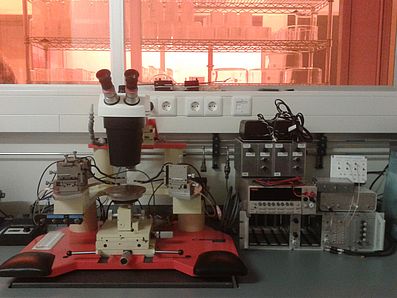