This text was adapted for RID from the NIST website on Cold Neutron Depth Profiling. The original author is Greg Downing.

A neutron beam illuminates the sample uniformly, producing initially monoenergetic charged particles (i.e., H+, He2+) from exoergic nuclear reactions. These isotropically emitted particles lose energy in passing through the sample. The energy which they retain upon leaving the sample surface is primarily dependent on the depth at which the reaction took place. The depth profiles are obtained by the deconvolution of the measured charged particle energy spectra. The number of charged particles observed at a particular energy is directly proportional to the concentration of the nuclide at a particular depth.

The technique provides quantitative depth concentration profiles in solids for certain elements, such as He, Li, B, N, Cl, etc. (see table below). It can be used to probe semiconductor samples, polymers, optoelectronic materials, metal alloys, and most other solids. The analysis is nondestructive to samples, leaving only trace amounts of residual radioactivity.

The sample must be solid. It must present a flat, smooth surface with a minimum area of at least a few mm2. Maximum sample areas of a few cm2 can be analyzed.

Concentrations down to a few parts per million can be determined, depending on the element and the matrix. Profiling to depths of a few tens of micrometers is obtained, with resolution in depth varying between a few nanometers and a few tenths of a micrometer.

Each run takes a few minutes to a few hours, depending on the nuclide, sample, and the degree of quantitation desired. The instrument is available 24 hrs per day when the facility is operating and has an automatic sample changer.

The technique is applicable only to the elements listed in the table. The detection limits given are specific to the NIST facilities. In Delft, at RID, they are a factor of 100 worse. As mentioned before, the sample must present a smooth surface and have a low vapor pressure. 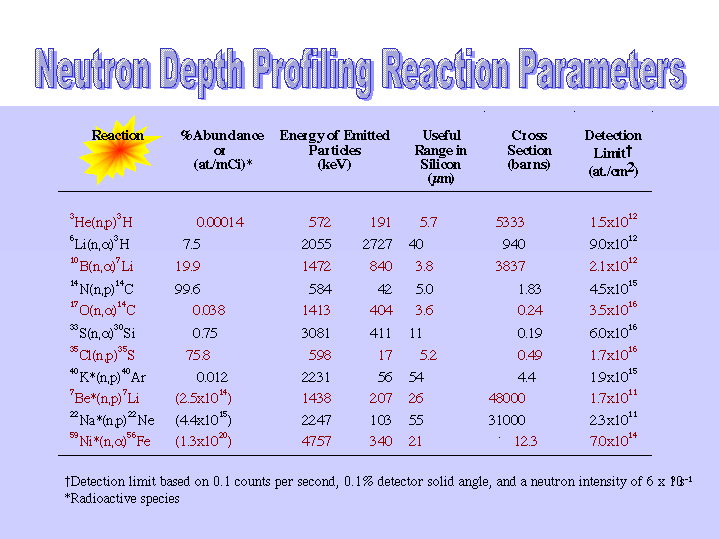 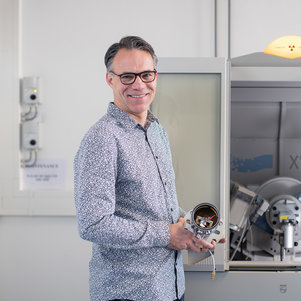 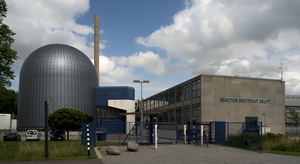