Faculty of Architecture and the Built Environment 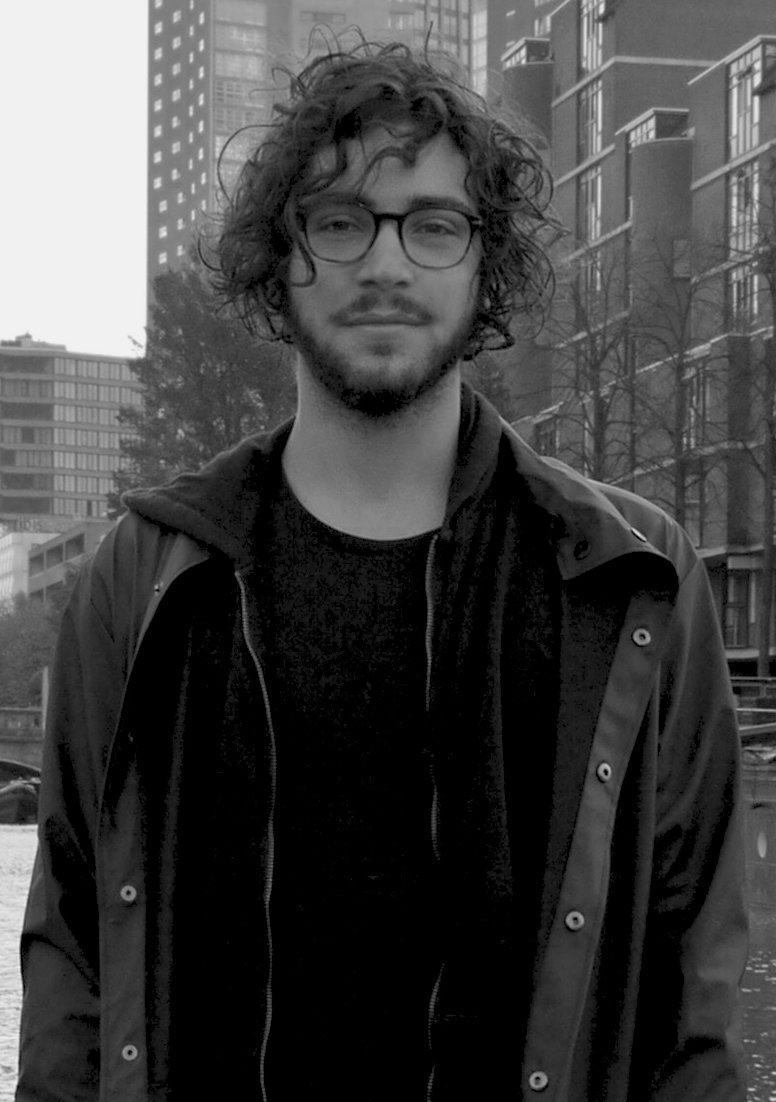 Alesandro’s thesis examines the relation between war and architecture, focussing particularly on the role of architecture in the charged process of urban reconstruction. The proposed methods of analysis and design address the urban complexity and the spatial transitions between war and post-war periods of Sarajevo. The city is located in a valley and was under the military siege of the Serbian army between 1992 and 1996.

In times of war, landscape, neighbourhoods, streets, buildings, flats or even rooms are used as transitional spaces between military operations aiming to destroy or defend and the everyday activities of citizens who attempt to protect themselves and normalize their lives. As such, the analysis keeps shifting from anthropological to architectural in order to understand the specificity of the resilient city emerging during war.

Considering the many conflict areas in today’s world, Alessandro’s vision of the post-war design is a highly relevant contribution. Taking Sarajevo as a case study, he proposes the entanglement of an architectural project and a psychological program, resulting from the materiality of the post-war context itself.

During the graduation process Alessandro was challenging his own ways of working, always open to discuss and exchange his ideas with other students and teachers. His project is an outstanding contribution to the discipline of architecture and architectural education.

The proposed methods of analysis and design address the urban complexity and the spatial transitions between war and post-war periods of Sarajevo. The research keeps shifting from anthropological to architectural, in order to understand the specificity of the resilient city emerged during the ’92-’96 war, its transitional spaces and the social responses. Framed in such extreme context, the relationships between human and space reveal constant processes of adaptation and mutual care, aiming for the survival of both city and people.

The selected location of the project is the former military site known as Maršalka. A ‘broken’ urban scape, divided between wrecked buildings and the seat of the Sarajevo University. Perceived as reminiscent of traumatic experiences, it presents a series of barriers between spaces and users. Nonetheless, the immense amount of materials present on the site - outcome of war destruction - represent the resource to break such barriers, through a pattern of architectural elements open for interpretation, calling for action. The objective of this project was to create an architecture of continuous re-construction and reappropriation, eventually resulting in processes of mutual healing of both people and the destroyed places, to question the very character of planning and the role of the Architect. 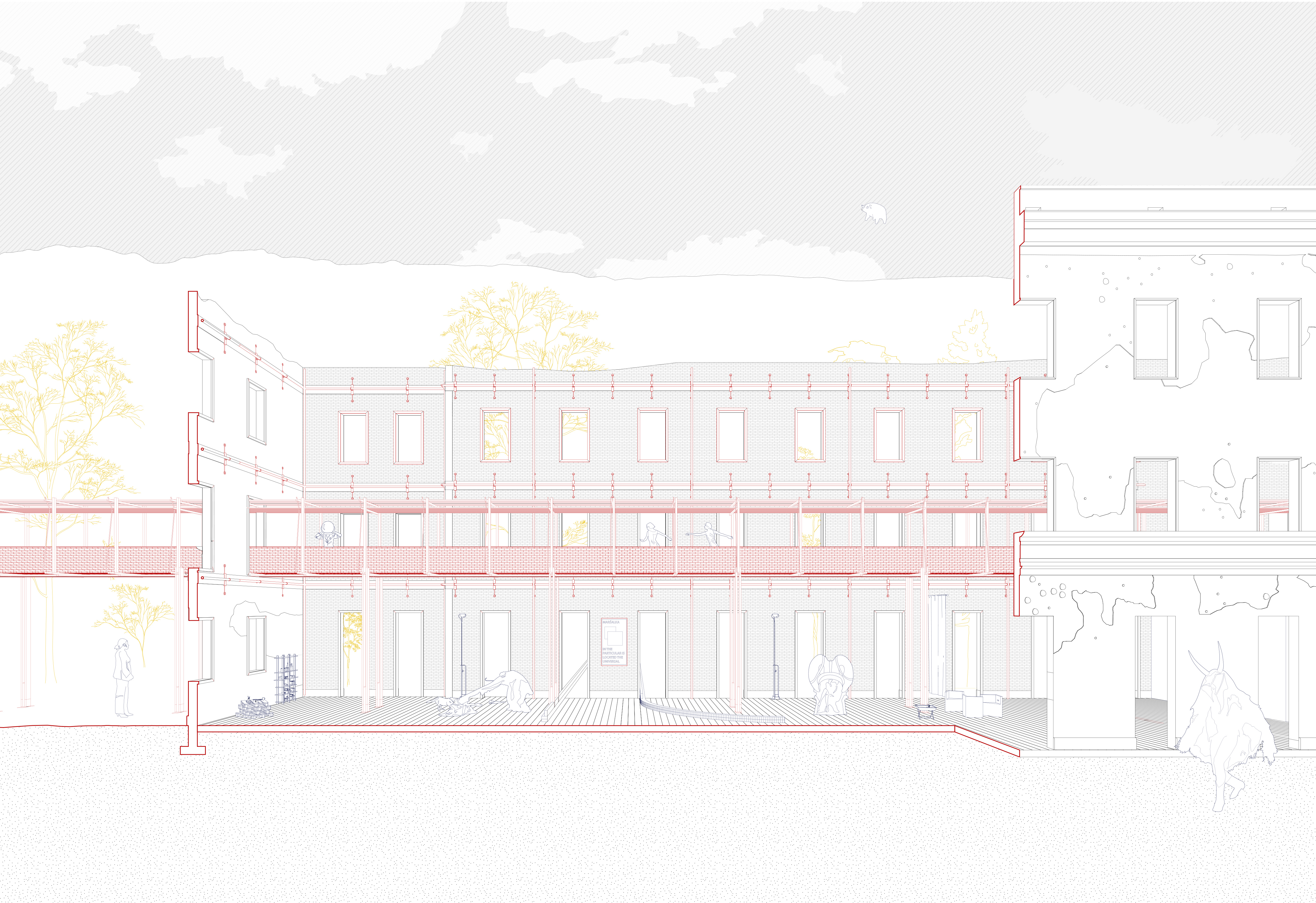