Probability theory is the mathematical theory of objects and processes in which randomness plays a role. Many complex systems in nature and society though in principle maybe deterministic behave very much like random systems. Therefore probability theory is omnipresent and extremely useful in systems where a deterministic description is impossible or inefficient. Examples from society include fluctuations of stock markets, uncertainty in railway networks, risk and insurance and reliability.

A first important example from nature is mathematical statistical physics:  the mathematics explaining the macro world from the micro world, e.g., phase transitions and microscopic theory of phenomena such as heat flow. A second example is mathematical biology where one quantifies evolutionary processes are led by random mutations and selection.

Besides applications in the natural sciences and society, probability theory is a mature and flourishing field of mathematics, with many connections to other fields of mathematics. The theory of Markov processes e.g. is strongly connected with the theory of partial differential equations, semigroups, boundary value problems and harmonic analysis. Moreover, probability theory has important contributions in additive combinatorics, number theory and geometry.

In our group, we cover a large spectrum of research areas in probability theory, going from very application-driven towards fundamental research.  The areas of research include mathematical statistical physics, ergodic theory, fractals, risk and finance.

Do you want to know

Probability theory is crucial in all these questions. 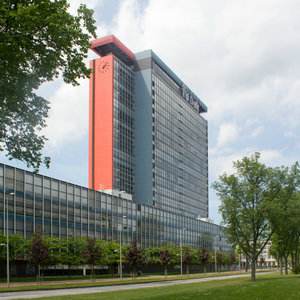