Rehabilitation takes time, manpower and money. As society ages, however, so does pressure on health care. Alfred Schouten and Winfred Mugge from TU Delft deal with the human musculoskeletal system on a daily basis. They come up with solutions that make the difference between assistive devices and effective therapy.

The appointment with associate professor Alfred Schouten and assistant professor Winfred Mugge was originally scheduled for 13 March. ‘That was the first day of lockdown for universities,’ Alfred says. ‘We suddenly had to reprioritise.’ TU Delft wanted to switch to online education. ‘We managed to adapt to that quickly, which enabled us to continue with our work as much as possible in recent months.’ Winfred adds: ‘Human research is more difficult. You can examine data and models anywhere, but “measuring people”, which is important for our research, hasn’t been possible lately. What’s more, the hospitals have had their hands full.’

If the corona crisis has emphasised anything, it is how much pressure the health-care system is under. Even under normal circumstances, there are considerable challenges. In the de introductory video by the NeuroControl consortium, professor Gerard Ribbers, rehabilitation physician at Erasmus MC, speaks of a hidden epidemic and a hidden crisis for which we are not prepared. Alfred: ‘He doesn’t mince his words. As society ages, brain haemorrhages, for example, become more frequent and, on top of it, people are surviving them more often than in the past. Meanwhile, the size of the working population is shrinking.’ Winfred: ‘Rehabilitation is a laborious process. We need a sufficient number of trained people to provide intensive care. Rehabilitation robotics makes more intensive training possible. Research into how the musculoskeletal system works enables us to offer better therapy because we can treat people in a more targeted way.’ 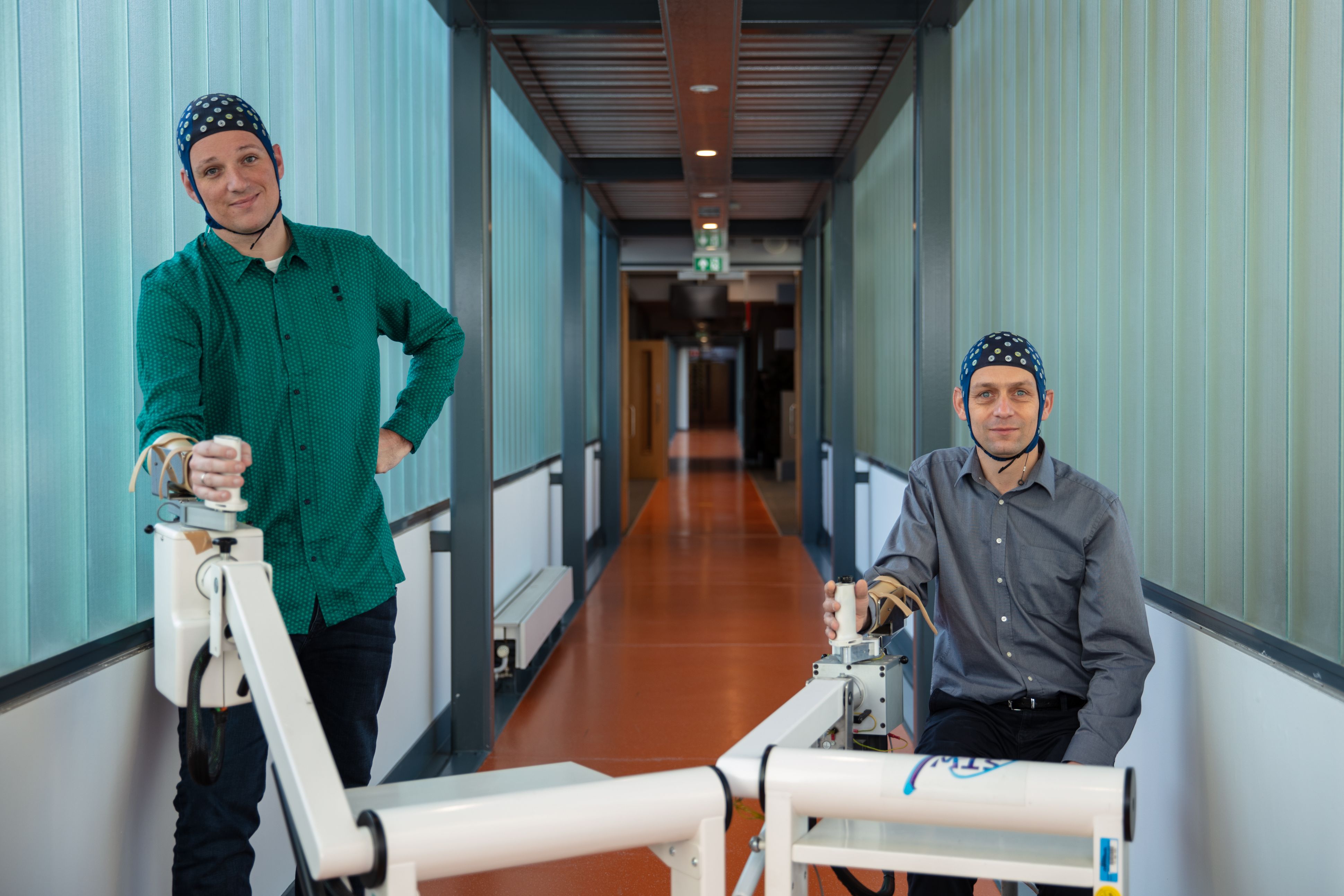 TU Delft is the coordinator of NeuroCIMT, a research programme in which hospitals and universities have joined forces in the field of neurocontrol. They are cooperating closely in eight projects to understand more about chronic pain, low blood pressure and muscle control, for example. They have one key common denominator. Alfred: ‘Electroencephalography (EEG) plays an important role in many projects. In Delft, we have been doing EEG research on motor skills for some time now. It has given us something useful, which we can use in our research on pain perception and hearing, for example.’ He explains how it works: ‘We administer a stimulus and measure the response. Usually, the frequencies that you put in, come out again. That is not quite the case with an EEG, where the input and output are not exactly equivalent. The interactions between frequencies reveal the brain is processing information. The nervous system is doing something with it. In the meantime, we are investigating this in hearing, because there is interaction there as well. It shows how the brain integrates the stimuli of the left ear with those of the right ear.’

Winfred is running a research project called Stiffness as needed, which focuses on the development of an orthosis that compensates for excessive stiffness in the ankle. He says: ‘The orthosis may seem a bit out of place in the NeuroCIMT programme, but we are also focusing on neural control. Stiffness in the ankle joint often occurs after brain damage. Instead of fixing the joint, we develop an orthosis that actually compensates for ankle stiffness with so-called negative stiffness, thereby supporting natural movement. This allows the patient to make the movement by exerting only a little force and, in the meantime, train the muscles. In addition to developing the orthosis in collaboration with a company, we are also investigating with LUMC what this support does to muscle control.’ Alfred adds: ‘And you can use this again to improve treatment.’

We are certainly not the only ones at Delft to see things this way, but as engineers we see everything as a system where a signal goes in and a signal comes out again. This applies to mechanical systems, but also to the human brain. You could describe our research with EEG as reversed engineering. An engineer builds something to get a certain output. But you can also reason in reverse based on output and understand how it works. A doctor can improve treatments on the basis of that knowledge.

The eight studies are part of the NeuroCIMT programme, which is being subsidised by NWO’s Applied and Engineering Science domain. NeuroCIMT is a collaboration between Erasmus MC, LUMC, UMC Utrecht, Radboudumc and Amsterdam UMC. Within NeuroCIMT, they work together with Radboud University, the University of Twente and the TU Delft. TU Delft is the coordinator, and Alfred is one of the initiators. He says: ‘The strength of the initiative is its interdisciplinarity,’ he explains. ‘People who normally would not work together are now using each other’s findings.’

Collaboration offers added value, but it is not a given that everyone speaks the same language. Winfred: ‘I always ask first-year students of clinical technology to choose between two meanings of the word stability.’ Alfred: ‘For us, stability means a system that returns to a state of equilibrium. When an orthopaedist thinks of stability, he thinks of a shoulder in its socket. This example immediately makes it clear to students that every discipline has its own jargon, so there is always the possibility of misunderstanding each other.’ Language is not the only shortcoming. Winfred continues: ‘Doctors and engineers have a different way of looking at things. An engineer wants to know how something works; a doctor wants to be sure that it works.’ Alfred explains it with what is referred to as the Delft approach. ‘We are certainly not the only ones at Delft to see things this way, but as engineers we see everything as a system where a signal goes in and a signal comes out again. This applies to mechanical systems, but also to the human brain. You could describe our research with EEG as reversed engineering. An engineer builds something to get a certain output. But you can also reason in reverse based on output and understand how it works. A doctor can improve treatments on the basis of that knowledge.’

‘These different perspectives are all valuable,’ Winfred says. ‘I believe in this kind of collaboration.’ He recently applied to ZonMw and Health~Holland for additional support in the clinical validation phase. ‘Health~Holland helps to bring together the parties involved in order to shed light on all the perspectives. That means physicians, technicians and researchers, but also patients.’

That is when interdisciplinarity is especially fertile. Eight universities and academic hospitals, two or three researchers per project, supported by research assistants and students. Alfred: ‘Overall, there are about 100 people, not counting the patients, and about twenty companies involved.’ Consolidating all of these languages and perspectives sounds challenging. Alfred: ‘The most important thing is that we all have a common goal and are committed. We want to improve our understanding of the same things and, by extension, achieve better treatments faster.’

Indeed, NeuroCIMT's innovation policy is referred to as ‘mission-driven’. Alfred: ‘That's true, but that is not something you think about while you are working. Our goal is to keep care manageable. That is literally what it says on the website, but that characterises everything we do.’ Winfred: ‘It is always about application. We are engineers. We want to make something that matters in health care. In this case, something to meet the growing demand for health care.’ 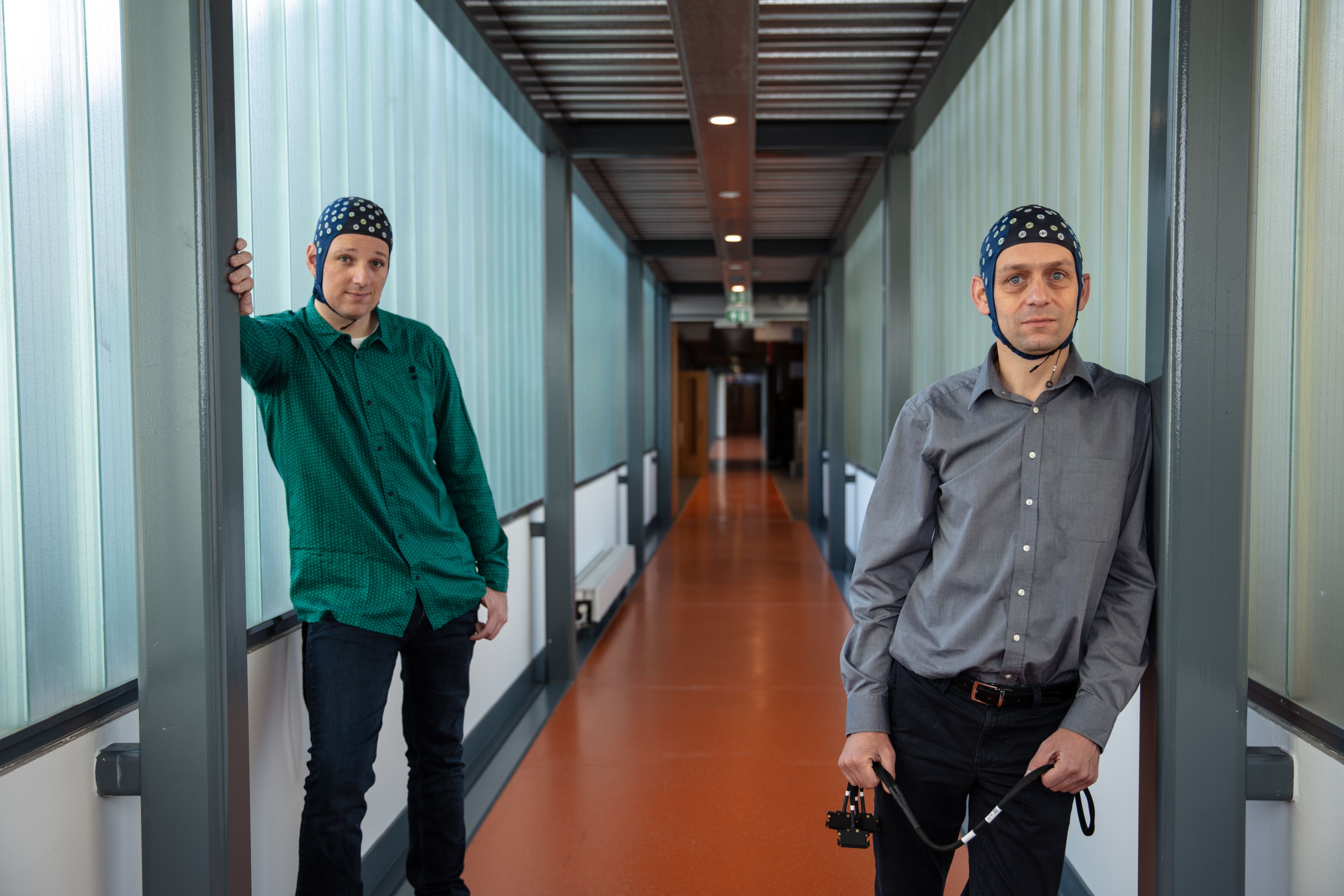 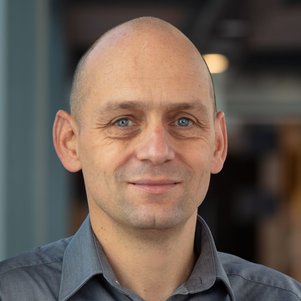 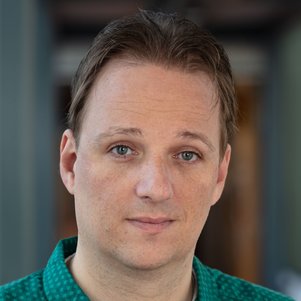