Efficiency and Safety in Geothermal Operations

A fund of 3.4M€ has been awarded by the European Commission to a project on geothermal energy, that will be led by researcher Maren Brehme (TU Delft). The project entitled ‘EASYGO: Efficiency and Safety in Geothermal Operations‘ is one of the Innovative Training Networks meant for extraordinary global research as well as excellent training opportunities for PhD candidates to reach doctorate level.

Researching safe and efficient geothermal energy
Geothermal energy will play a key role in the energy transition as part of mitigating climate change. But how to operate a geothermal system in the most efficient and safe manner is one of the key challenges after a geothermal resource has been identified. EASYGO will answer that question from different perspectives, integrating geology, geophysics, geochemistry, advanced modelling and process engineering. The research is aligned with two key research questions:

All 13 PhD students (5 for TU Delft) will work on a specifically identified project but will learn aspects of the entire geothermal operation chain in an outstanding training programme. They will have access to unique large-scale research infrastructure available at the 4 universities and 10 industry partners of the consortium. The project will strengthen the geothermal research group at TU Delft around Phil Vardon, Maren Brehme and David Bruhn.

“We would like to bring the next generation of geothermal energy leaders to the market with the best experience, skills and network, and we believe that this project does exactly that.” 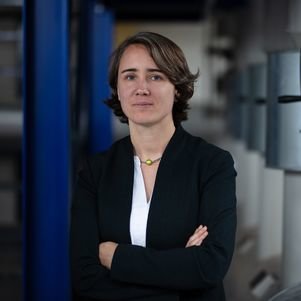