Professor Jan Dirk Jansen was appointed Dean of the Faculty of Civil Engineering and Geosciences  with effect from 1 May 2018.

Jan Dirk Jansen studied Civil Engineering at TU Delft. After graduating on the failure of structures, he started work at Shell where he held various positions in the field of research and engineering in the Netherlands, Norway and Nigeria. During this time, in 1993, he obtained his doctorate at the then Faculty of Mechanical Engineering on a subject in non-linear dynamics. Between 1999 and 2010 he combined his job at Shell with an appointment at TU Delft, where he was appointed Professor of Reservoir Systems and Control in 2005. In 2010/2011 he spent a year as a visiting professor at Stanford University. On his return to TU Delft in 2011, he became chairman of the Geoscience & Engineering department in a full-time position.

Jansen is an expert in the field of reservoir management and production optimization. In his research he develops techniques for the control of underground fluid flow with applications in oil and gas extraction, geothermics, and induced earthquakes. Jansen is member of the Mining Council, the government advisory body that advises the Minister of Economic Affairs and Climate on extraction plans for minerals and geothermal energy and on topics such as the use of the deep subsurface for the storage of CO2. 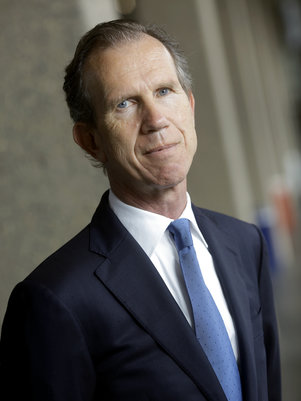