Koen V. Hindriks (1971) holds a PhD degree from Utrecht University and a MSc degree from the University of Groningen in Computing Science. He is an Associate Professor at the Delft University of Technology in the Department of Electrical Engineering, Mathematics and Computer Science within the Interactive Intelligence section. He is Chair of the Board of the Benelux Association for Artificial Intelligence, a member of the International Society of Applied Intelligence, and theme leader of the Delft Robotics Institute. He has published more than 150 papers on agent technology and organized many events in this area, including the 2012 Dagstuhl Seminar on Engineering Multi-Agent Systems, the AAMAS-2013 and AAMAS-2012 Workshop on Cognitive Agents for Virtual Environments, and the AAMAS-2013 and AAMAS-2012 Workshop on Autonomous Robots and Multirobot Systems. He has also given many tutorials in this area at, for example, the European Agents Systems Summer School 2013, 2012, 2009, AAMAS 2009 and 2008, the PRIMA 2009 Agent School, and the Dutch Research School for Information and Knowledge Systems.

His research focuses on the analysis, modeling, and development of agent technology that integrates different aspects of intelligence such as reasoning, decision-making, planning, learning and interaction but also integrates aspects such as emotional intelligence. This multi-agent technology has been applied, among others, in micro-simulation of domains such as traffic, logistics and supply chain management, serious gaming, negotiation, socio-cognitive robotics, and user modeling. He has designed and developed the agent programming languages 3APL and GOAL and worked on the verification and specification of agent programs.

My research is focussed on the design, specification, and development of (technology for) cognitive agents that are able to reason, autonomously make decisions, exhibit strategic behavior, and interact and coordinate their actions with other agents. Cognitive agents and approaches for coordinating agents have a range of applications, including a.o. robotics, serious games, negotiation and decision-making, multi-agent based modelling and simulation, and logistics and supply chain management.

Cognitive agents are software agents that maintain a mental state consisting of knowledge, beliefs, and goals. Cognitive agents support autonomous and strategic decision making and derive their choice of action from their beliefs and goals. The design and development of cognitive control for robots requires the integration of many different techniques from AI in a single embedded system. As such, it is closely related to research on the integration of various abilities into software agents. Multi-agent coordination finds a very interesting application in the coordinating of the behavior of multiple robots that need to perform and solve a common task as a team.

Automated agents that negotiate require sophisticated negotiation strategies, opponent modeling techniques (learning), techniques for modelling negotiation domains, and for various other aspects of decision making. Apart from using quantitative techniques I am also interested in using qualitative preferences for decision making. The work on the agent programming language GOAL (see also below) provides a rule-based language for creating agents that are able to make strategic decisions based on their beliefs and goals.

Other research topics I am interested in include a.o. learning techniques for cognitive agents, automated explanation of agent behaviour, socio-cognitive robotics, user modeling by means of cognitive agents, and logics for BDI-like agents for verification purposes (theorem-proving or model-checking).

I am involved in the following projects:

Funding I helped acquire has come from NWO, Agentschap NL, and from the European FP7 Programme.

Programme Chair of the:

Publicity Chair of the:

Project: STW/KWF Project Improving Care When Parents Cannot Be There.

Topic: Communication support in health care with an emphasis on design for values. 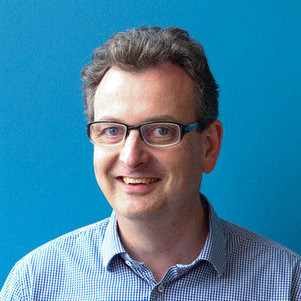