I am an Associate Professor at the Multimedia Computing Group. In 2007 and 2009, I obtained my BSc and MSc degree in Media and Knowledge Engineering (Computer Science) at the TU Delft, after which I continued pursuing a PhD at the same institution (defended in 2015). Besides, I obtained the BMus (2009) and MMus (2011) degree in classical piano performance at the Royal Conservatoire in The Hague.

I like working on information filtering challenges in large multimodal archives. My current research interests fall under two categories, which both are strongly motivated by my combined background in computer science & engineering and music:

I am grateful to work with major partners such as the National Library of The Netherlands and CDR/Muziekweb, which both have strong commitment towards public information provision and accessibility. I also am grateful to have been supported and acknowledged in many ways throughout my career, e.g. through the Google Anita Borg Scholarship 2008 and Google European Doctoral Fellowship 2010, and as one of the top-5 nominees for the New Scientist Wetenschapstalent Prijs.

Finally, I have been lucky enough to have managed sustaining my musical career in parallel to my academic activities. I still am active as a performing pianist, most notably in the Magma Duo with violin player Emmy Storms, which won 1st prize at the international competition ‘A Feast of Duos’ in Sion, Switzerland, August 2014, and was laureate of the 2014-2015 Dutch Classical Talent Tour & Award career development program, leading to a national concert tour. 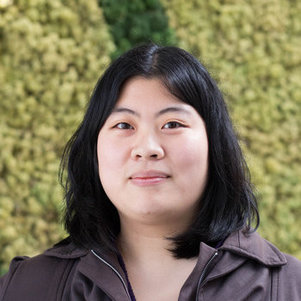