DHPC is the supercomputer at TU Delft. DHPC is designed to meet researchers increasing need for extensive computing power to solve complex problems in physics, mechanics and dynamics. The system is characterized by flexibility, speed and user-friendliness. In its final phase it will offer 20,000 CPU cores in over 400 compute nodes. It incorporates a high-speed parallel storage subsystem, based on a BeeGFS. All the compute nodes and the storage system are interconnected with HDR100 InfiniBand technology for high-throughput low-latency inter-node communication.

Description of the DHPC system

The solution is built on Fujitsu hardware and makes use of: the latest generation of processors with over 20,000 cores; the highest available memory throughput (2933Mhz); latest generation IB interconnect (HDR/HDR100) used for all nodes; and a high throughput IO subsystem.

The compute nodes are built using the latest Intel Cascade Lake refresh processors offering high performance and power efficiency. The Rpeak for the system in phase 1 is 1.05 PFlops and for Phase 2 is 1.88 PFlops.

The cluster consists of three different types of compute nodes:

The Cluster uses a number of front-end nodes as the entry point to the cluster for end-users and administrators.

HPC applications make frequent use of communication between nodes when calculating their computational results. To maintain application efficiency even when scaling over a large number of nodes, the interconnect must minimise overhead and enable high-speed message delivery. DHPC is equipped with a high performing InfiniBand network based on Mellanox InfiniBand products to build an efficient low-overhead transport fabric. This interconnect set-up not only enables efficient delivery of MPI based messages but also provides applications with high-speed access to the temporary storage area which is also accessible over the InfiniBand fabric.

To enable efficient I/O throughput for computational jobs, the configuration includes a high-speed file system with 696 TB usable storage space and a throughput of at least 20 GB/s. This storage subsystem consists of:

Bright Cluster Manger (BCM) is used for deploying and managing the cluster and HPC software environment. It includes a complete set of HPC libraries, tools, management and reporting facilities.

DHPC is equipped with Slurm job resource manager, which will provide access to resources, based on the fair share principle.

Traditionally a HPC provides its users with SSH and FTP to access cluster resources. However, our goal is to encourage the use of the HPC facilities by the use of a modern and easy to use portal. Therefore, DHPC is equipped with the Open OnDemand portal. 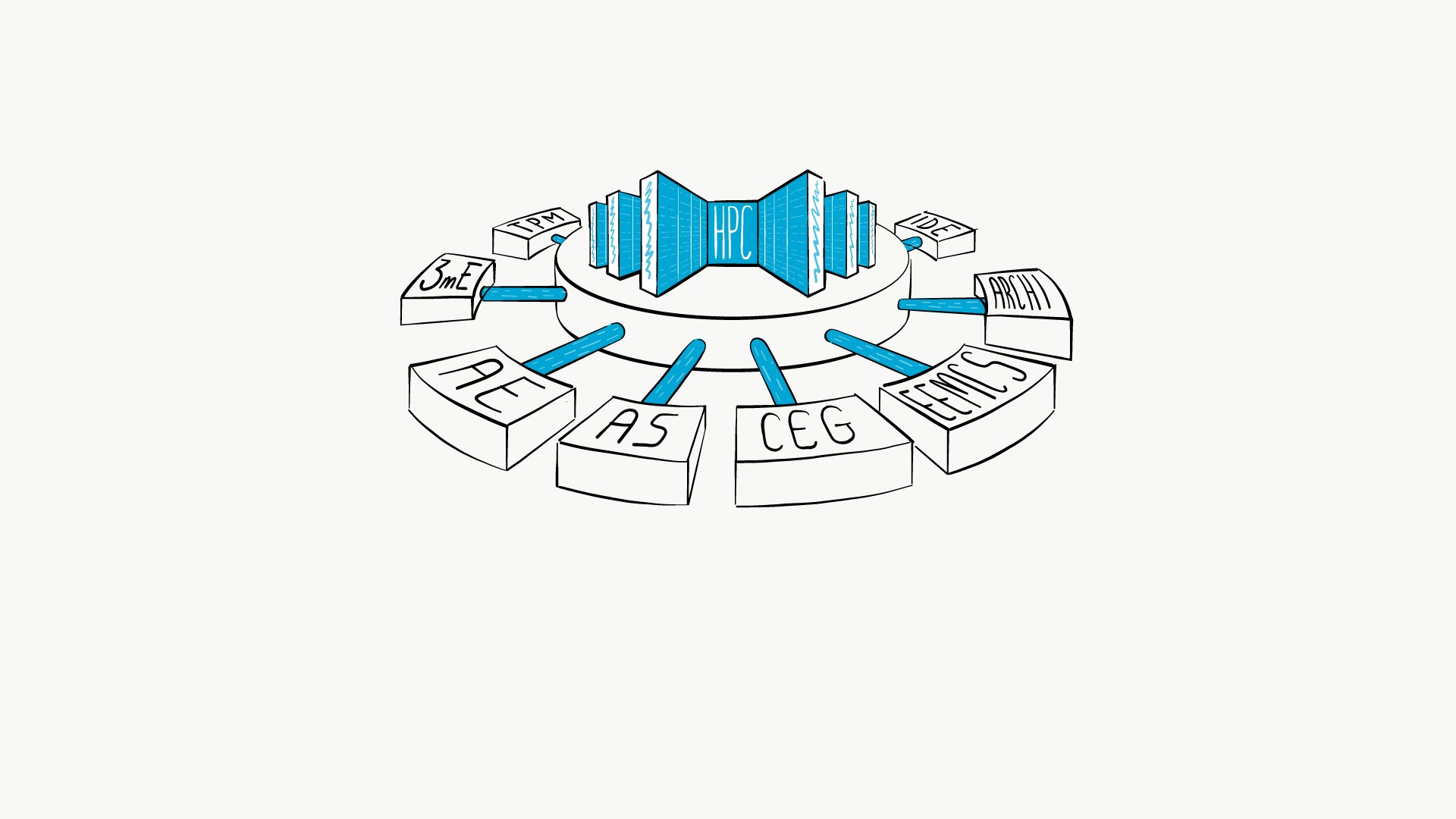