The colours of light wave vibrations can reveal oceans on exoplanets

During his Master thesis research, Victor Trees discovered a new method to detect oceans on exoplanets: spectropolarimetry, or measuring the vibrational directions of planet-light in different colours. Together with his supervisor, associate professor Planetary Sciences, Daphne Stam, Victor wrote an article about it, titled ‘Blue, white, and red ocean planets. Simulations of orbital variations in flux and polarization colors’. The article has just been published in the scientific journal Astronomy & Astrophysics, Volume 626. Nature Astronomy wrote a Research Highlight about the research. 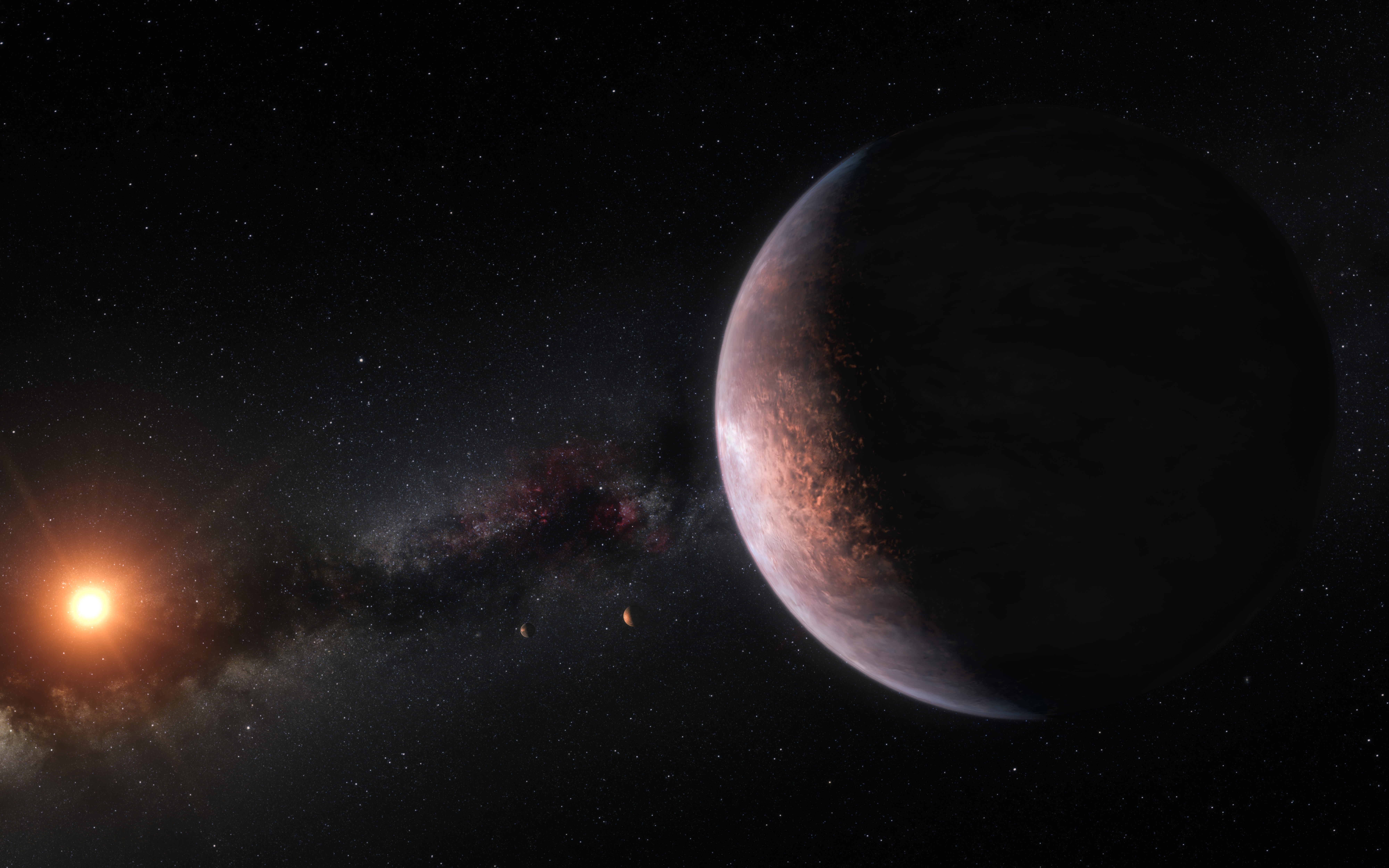 Water
All life on Earth needs water. Because of the unique properties of water, it is thought that all life needs water, also extraterrestrial life, even though we haven’t found a trace of the latter yet. Among the planets and their moons that orbit our Sun, the Earth is the only body with liquid surface water. Neighbours Venus and Mars are respectively too hot and too cold. However, looking further afield, almost every star in the sky has planets around it, and undoubtedly some of those will be Earth-like and at least partly covered by oceans. How would you recognize an exo-ocean and with that a potentially habitable exoplanet?

Vibrating planet-light
Because of the huge distances, a picture of an exoplanet would be a single pixel comprising the signals of all that is on the planet’s surface and in its atmosphere. Earlier, looking for the glint of starlight that is reflected by a water surface was proposed as exo-ocean detection method. This glint, however, can only be found when the planet is almost in front of its star, which would complicate the search enormously. And clouds would weaken the glint signal. During his Master thesis research, former aerospace student Victor Trees stumbled upon a better method: measuring the vibrational direction of planet-light in various colours, in other words, spectropolarimetry.

By extending the computer-code of his supervisor, Daphne Stam, Victor could compute the vibrational direction of light reflected by an exoplanet that is covered by ocean, while it orbits its star. Along most of the planet-orbit, blue light shows the strongest vibrations, along a small part of the orbit, all colours vibrate similarly, and finally, there is a part where red light vibrates strongest. This colour change from blue, through white, to red, is unique for an exo-ocean and also occurs when it is cloudy. The location of the colour change, finally, indicates the local cloudiness.

While there are no telescopes yet that can make pictures of Earth-like exoplanets, there are a few spectropolarimetric measurements of light of the Earth itself, that appear to confirm the colour change. Victor’s results can be used to design future telescopes such to make sure that exo-oceans can be found.

"Blue, white, and red ocean planets. Simulations of orbital variations in flux and polarization colors" has been published in Astronomy & Astrophysics, Volume 626.