Monitoring the development of a tumour using the memory of bacteria

Researchers at Delft University of Technology have discovered how certain proteins keep a bacterium's memory up to date. This is essential for bacteria, since their  memory protects them from attacks by bacteriophages, their natural enemies. It is also interesting for us humans, since the system can be converted into a 'DNA recorder': a kind of biological logbook that keeps track of what happens in a cell. Such a DNA recorder could, for instance, be used to monitor how a tumour develops over time. The first DNA recorders have already been built, but they are inefficient and do not work in human cells. The new fundamental knowledge of bacterial memory formation gained by the Delft researchers can be used to develop the next generation of DNA recorders. The findings have been published in Nature.

Despite the fact that researchers all over the world are using CRISPR-Cas9 for gene editing, there are still many open questions about the precise functioning of CRISPR systems and the proteins involved. This is because CRISRP-Cas9 is not a man-made molecular tool, but a biological defence mechanism that protects bacteria against their arch-enemies: bacteriophages, the viruses of bacteria.

In order to recognise hostile DNA before it’s too late, a bacterium relies on its memory. Certain Cas proteins are tasked with storing pieces of hostile DNA in the bacterial genome. "This is done in a place called the 'CRISPR array'," says group leader Chirlmin Joo of Delft University of Technology. The CRISPR array is a kind of logbook that describes which enemy attacked the bacterium, in the form of fragments of hostile DNA separated by a recurring string of nucleotides. If a bacterium’s memory contains a fragment of the DNA of a bacteriophage, it has the ability to quickly recognise and render harmless any hostile DNA in the event the same bacteriophage mounts another attack.

Bypass
"The problem for bacteria is that bacteriophages constantly evolve, thus trying to bypass the bacterial immune system," says Joo. "Therefore, it is essential for bacteria to keep their memory up to date." Two cooperating proteins are involved in this process: Cas1 and Cas2. These proteins trim pieces of hostile DNA, which makes it possible for the genetic information to be stored in the memory of the bacterium - the CRISPR array.

The Delft researchers have now discovered how Cas 1 and 2 proteins do this. It appears that more is required than just the two Cas proteins. Among other things, the researchers have discovered that an enzyme that also play an important role in other cellular processes is involved. This enzyme is called ‘DNA-polymerase III’ and it is known for its role in DNA replication, the copying of DNA. "DNA polymerase has a sort of backspace function for when it makes an error while copying DNA," Joo explains. "We've discovered that it also uses this function to trim fragments of hostile DNA in such a way that they can be incorporated into the CRISPR array."

In addition to discovering that DNA polymerase plays a key role in memory formation in bacteria, the researchers also discovered what properties the fragments of hostile DNA need to have in order to allow the Cas proteins to do their work. They also found out how the proteins actually incorporate these DNA fragments into the bacterial memory.

Biological logbook
This new fundamental knowledge about memory formation in bacteria is important for the further development of a new technique called 'DNA recording'. "In recent years, several research groups have shown that it is possible to build a kind of biological logbook based on these systems," says research leader Sungchul Kim.

The idea is that, with such a system, information about cellular processes can automatically be stored in the DNA of that cell. Since Cas1 and Cas2 store information in chronological order, one could determine exactly how, for instance, a tumour has developed by removing some cells from the tumour and consulting their biological logbook. Doctors could then use this valuable diagnostic data to make a tailor-made treatment plan.

At the moment, DNA recording is still in its infancy. "Simple systems have already been developed, but they are not efficient and cannot, for example, follow multiple processes at the same time," says Kim. Moreover, they do not yet function in human cells. "But knowing how Cas1 and Cas2 work now gives us the information we need to understand where things went wrong with the first DNA recorders," Kim continues. "This allows us to design more efficient recorders that also work in human cells." 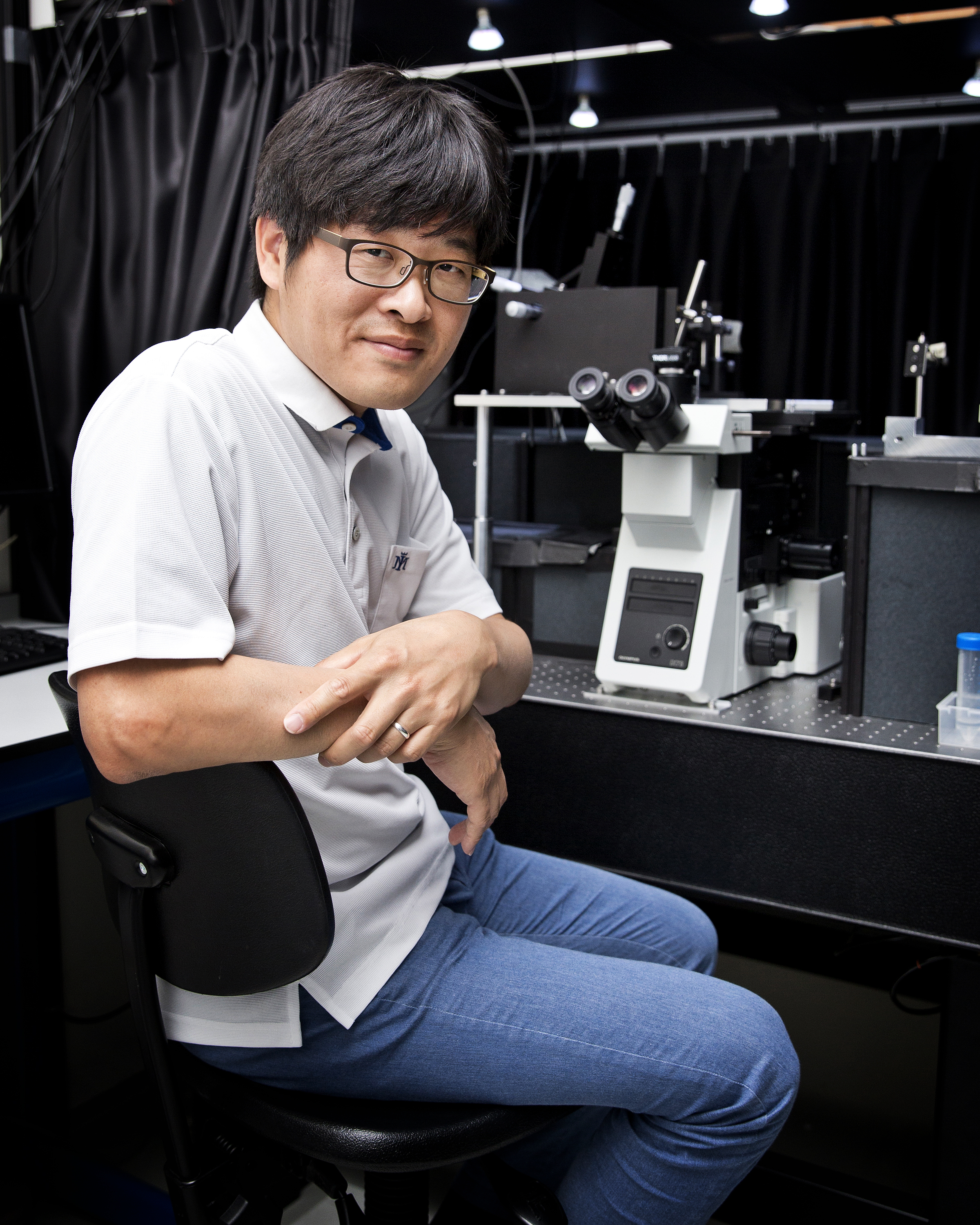