QuTech, a collaboration between TU Delft and TNO, has managed to control qubits in silicon at temperatures over 50 times higher than previously. The increase to practical temperatures represents a crucial leap towards a functional quantum computer. Qubits are the building blocks of a future quantum computer and operating at a higher temperature opens up the possibility of integrating both qubits and their controlling electronics onto one standard chip. The researchers published their findings in Nature today.

“This is the first time we can present qubits that are hot, dense and coherent,” said principal researcher Menno Veldhorst. “We are talking about qubits that are compact, and which function with high quality at a relatively high temperature – something that is particularly crucial for practical applications. Quantum information stored in such qubits is normally quickly lost unless the qubits are cooled down to near absolute zero (-273 degrees Celsius, or 0 Kelvin). Qubits therefore function in special 'refrigerators', but they are still controlled by conventional electronics operating at room temperature, which is a major obstacle to progress.” 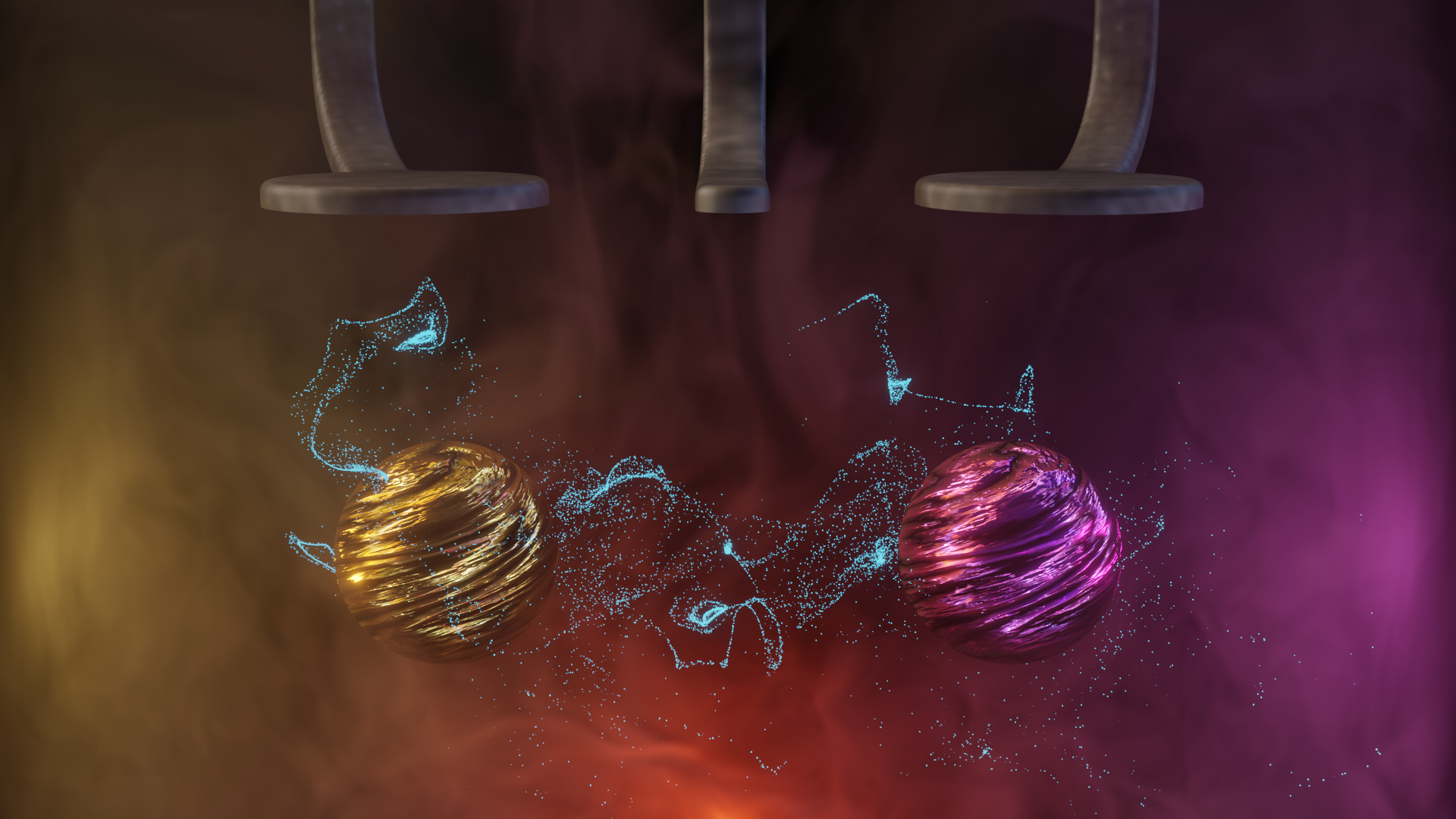 Artistic representation of quantum entanglement between two 'hot' qubits. The three electrodes at the top of the figure are made using standard techniques. Enabling qubits to operate at practical temperatures is a major step towards scalable quantum technology.

The separation between qubits and electronics causes problems when scaling up the number of qubits. Currently, a separate cable is needed to connect each qubit to its controlling electronics. This is no longer feasible when making the millions of qubits needed to obtain a working quantum computer. Veldhorst: “The current status of quantum technology is comparable to that of classical technology in the 1950s. At that time, every component had to be soldered together, which became impracticable for ever-larger electrical circuits.” The solution was the integrated circuit, which made it possible to build components directly on a chip, eventually allowing billions of transistors to be placed on a single chip. For quantum computing the key could thus be the quantum integrated circuit, which requires that the qubits and controlling electronics operate at the same temperature.

“The other side of the story is to make qubits work at a slightly higher temperature,” said Luca Petit, first author and PhD student in the group of Veldhorst. “That's exactly what we have achieved at QuTech in collaboration with Intel. This is the first time that we have been able to control qubits in silicon at a higher temperature, and above one Kelvin. The increase in temperature may seem like a small step, but it's a huge leap when it comes to the available cooling capacity. Furthermore, at these temperatures the qubits no longer have to work in a vacuum, but can be immersed in a liquid, which makes everything much more practical.”

Gertjan Eenink, second author of the publication, said that the achievement uses standard production technology and the same silicon as in standard electronic equipment: “In order to work at a higher temperature, we had to make improvements at all stages of the experiment. We have created silicon qubits that can be isolated from unwanted interactions.”

Luca Petit: “Performing quantum calculations at 1.1 Kelvin depended on us reducing all possible sources of noise, and developing measurement procedures that are temperature-resistant. It was a fantastic moment when everything came together and we were able to perform quantum operations with two silicon qubits at this temperature for the first time.” 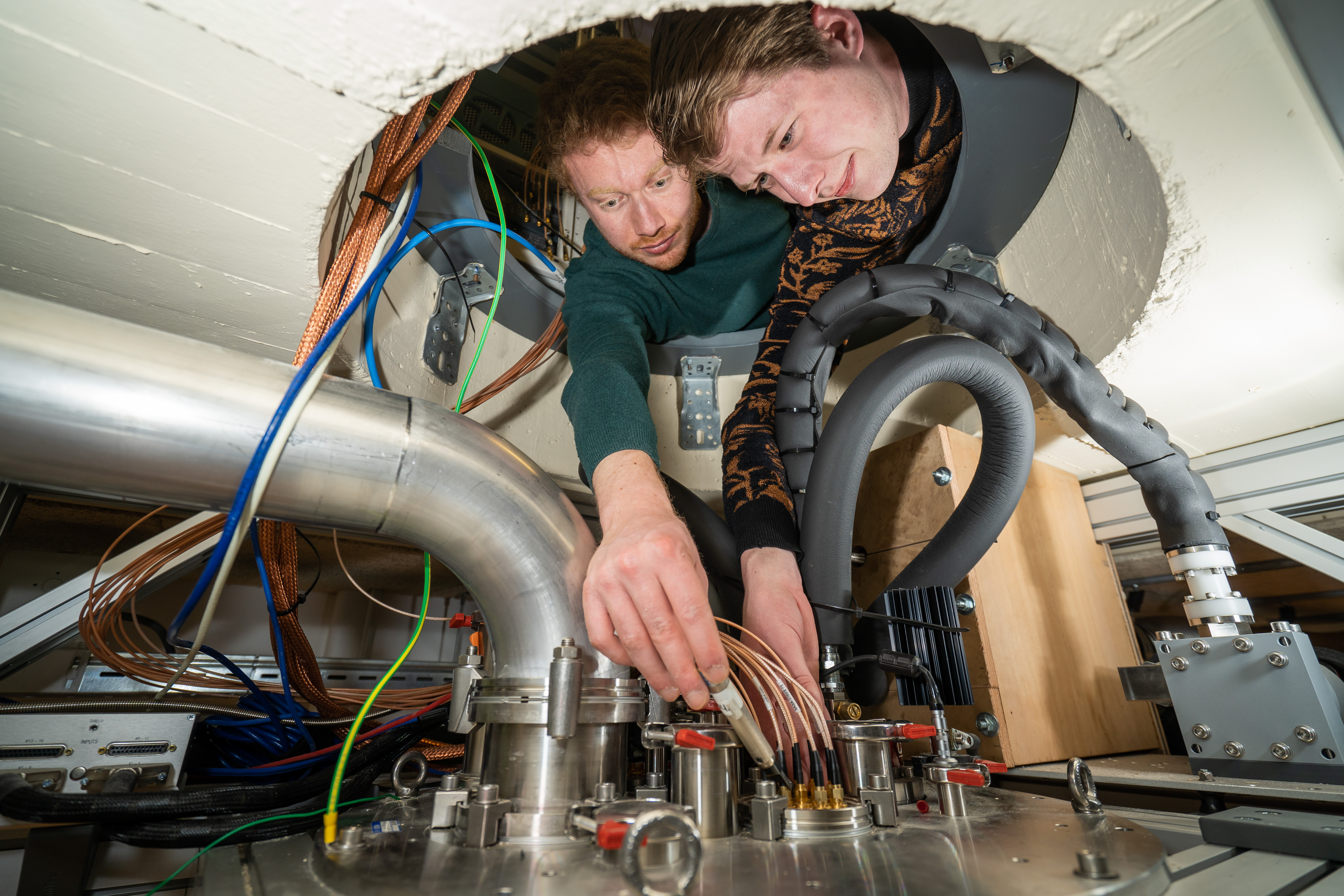 “We are now working towards a system that contains more and higher quality qubits,” said Veldhorst. “Operating at 1.1 Kelvin has significant benefits, and we can now start thinking about integrating quantum hardware and classic hardware onto one single chip. In doing so, we will create the quantum integrated circuit.”

The hope is that the new circuit will lead researchers into a quantum information age, just as the integrated circuit was a cradle for the current information age. Veldhorst offered a broader context, to illustrate the current achievement and the pace of progress in quantum technology: “In 2015, we demonstrated two verifiable qubits in silicon for the first time. Now, in 2020, we have achieved the same feat at practical temperatures. In another five years from now, we might already have quantum integrated circuits. That would be a really big step towards the future quantum computer.” 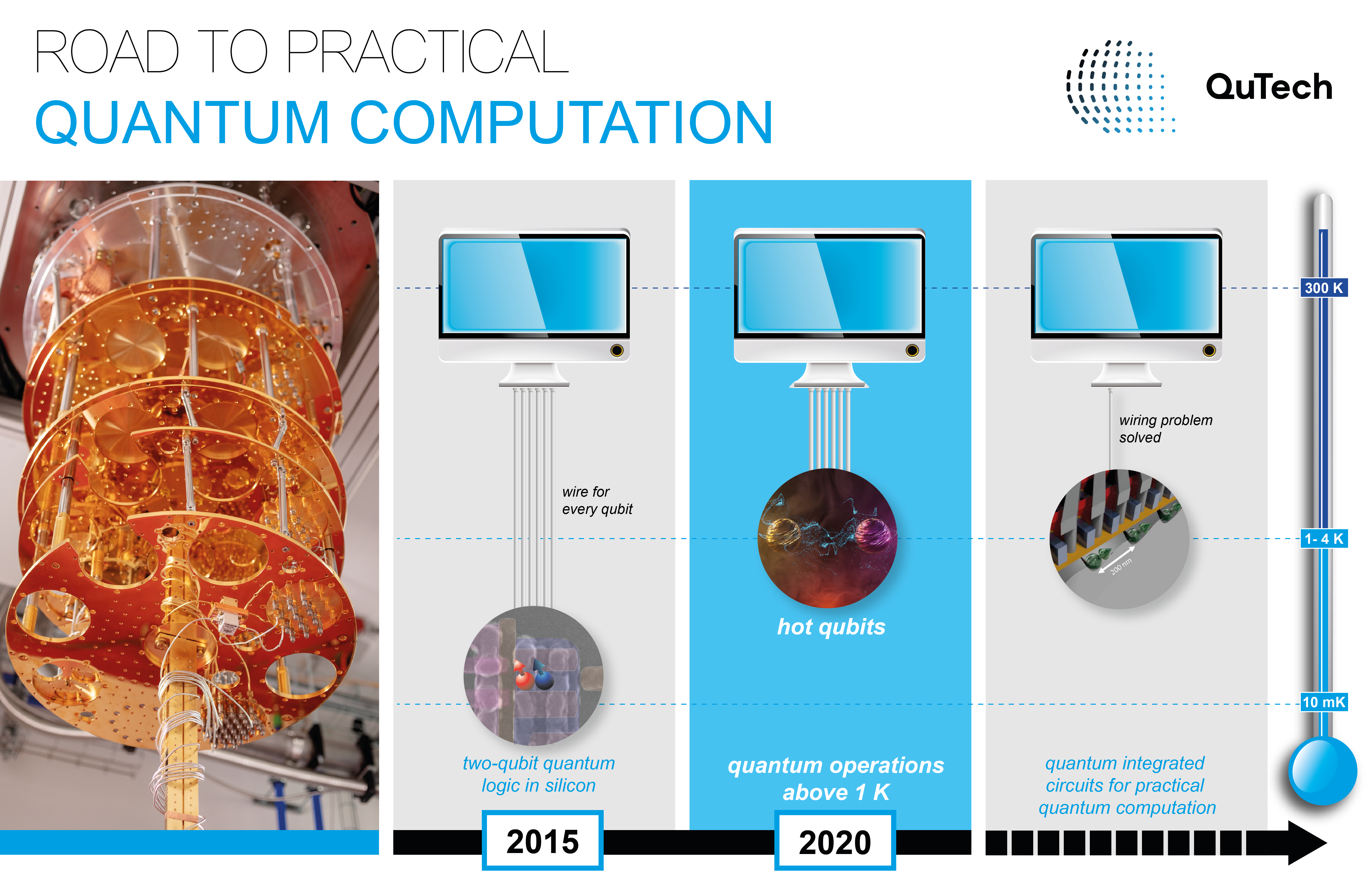 Infographic on the progress of qubits in silicon. In 2015 (Veldhorst et al. Nature, 2015), quantum operations were performed with two qubits in silicon for the first time. Nowadays these operations can be performed above the temperature of one Kelvin (Petit et al. Nature, 2020). This allows for chips that contain both the qubits and the control electronics, and QuTech researchers already have concrete proposals for the design of these integrated quantum chips (Li et al. Science Advances 2018).

Available online on 15 April 2020 at nature.com

The research is made possible in part by NWO, the Dutch Research Council (NWO).

Read the story on Menno Veldhorst for more information on his academic career path.