Due to climate change, floods and droughts are expected to occur more frequently. Therefore, a group of TU researchers (CEG) is participating in a large international field study in Spain in July.

Observing the weather and the land during extreme droughts 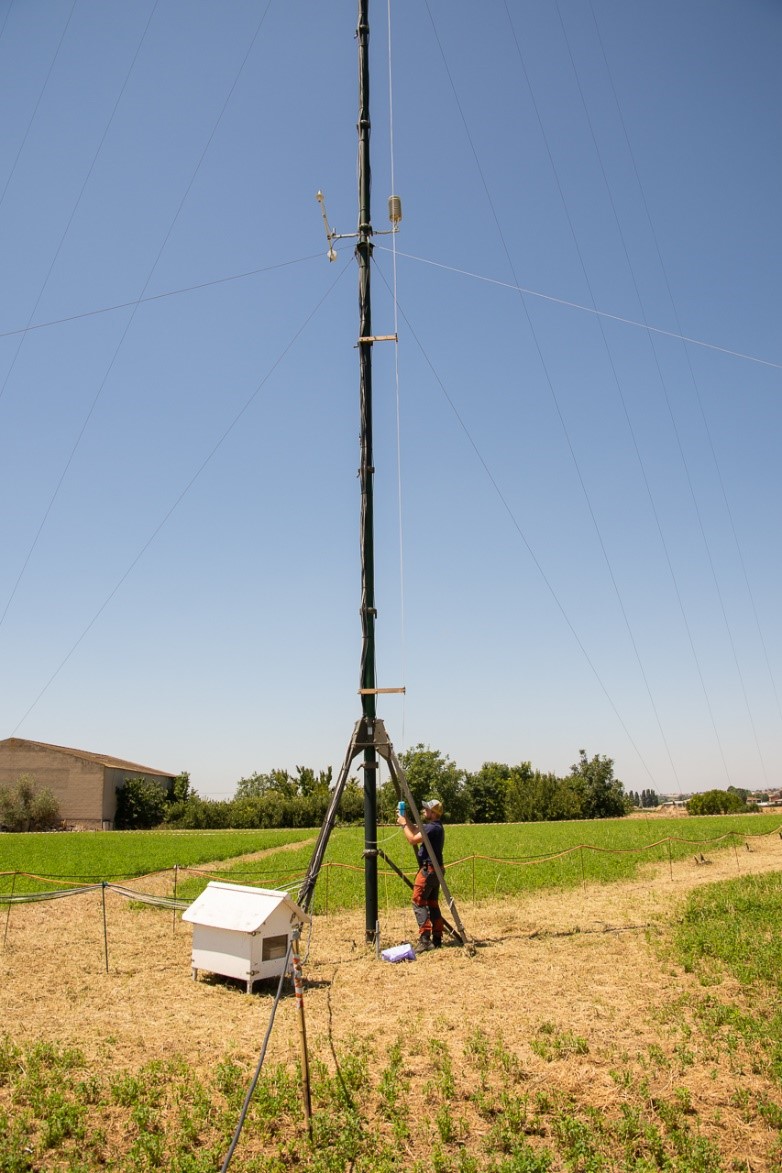 Due to climate change, floods and droughts can be expected to occur more frequently, putting many countries and people at risk. For example, recently the extreme heat in Canada and the floods in Germany and The Netherlands (Limburg). Various climate forecasts show that the Mediterranean region will be a so-called climate change hot spot in the twenty-first century. Therefore, this area is an ideal location to study the relationship between the atmosphere and the land surface.

During these 15 days, the team will collect high-resolution data over an area of about 10 x 10 kilometres. This involves meteorological parameters (temperature, humidity, wind and radiation), surface energy flows (evaporation, heat flow in air and soil), soil moisture and the response of plants to heat. In addition, during a number of intensive observation days, the atmosphere will also be monitored using aircraft and weather balloons. This combination - during a drought period - creates a unique dataset that is essential for improving our understanding of land-atmosphere processes under the influence of climate change. 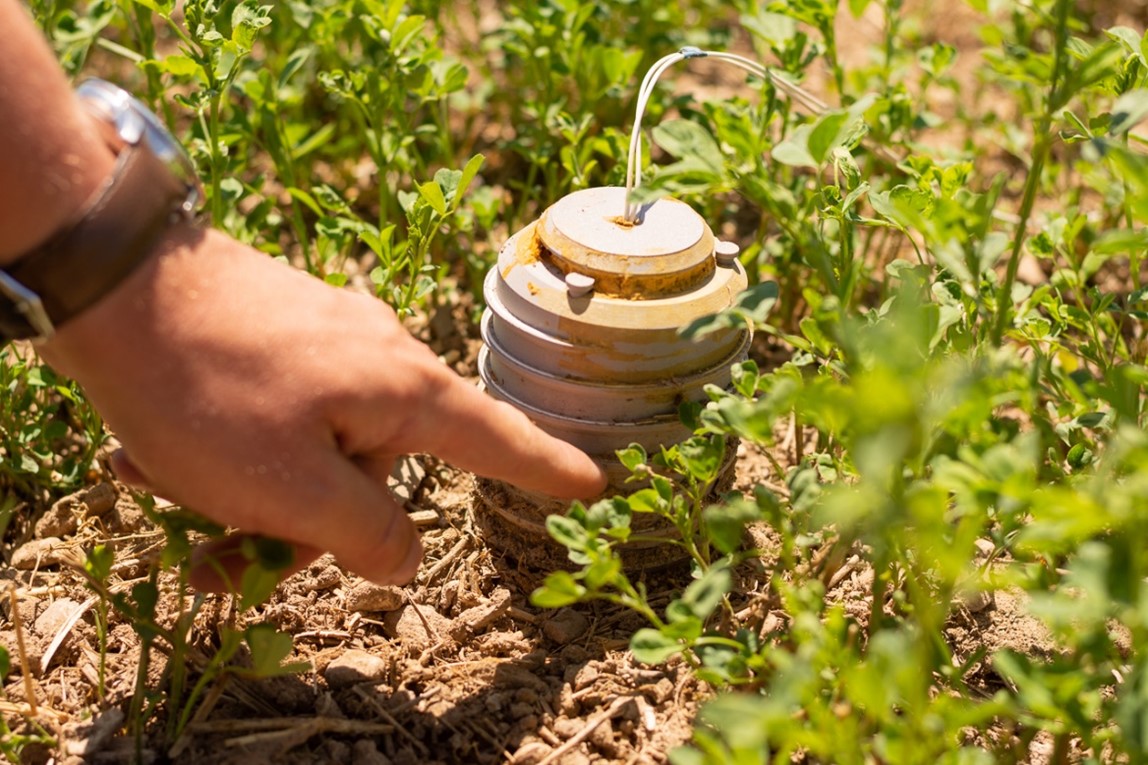 TU Delft participates in two experimental setups, together with the meteorology group of Wageningen University. Both setups use the Distributed Temperature Sensing (DTS) technique, where along a fiber-optic cable high spatial and temporal temperature data can be observed. In one set-up, the fibre-optic cable is installed vertically along a fifty-metre high tower to obtain continuous temperature profiles. Here they investigate how, for example, irrigation practices affect the local environment. As evaporation uses energy, the air temperature is likely to drop. In the second set-up, they zigzagged the fibre-optic cable horizontally along a 100-metre path. The aim is to see if it is possible to detect turbulence by means of temperature. This heat turbulence is a proxy for the amount of heat that is emitted from the surface, think of the 'heat waves' (scintillations) that you can see on a warm day above the road. 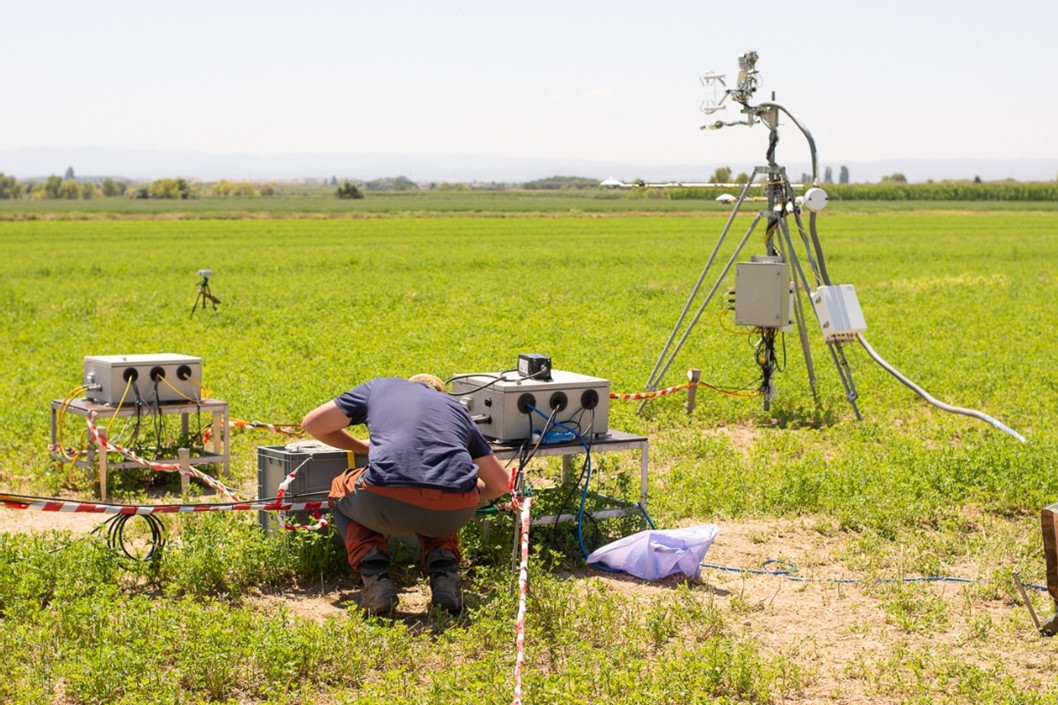 If the method works, it allows to have- for the first time - spatial distributed information of heat transport. This is a big advance in comparison to existing methods where this information is only obtained at single point or is averaged over a path.

Lessons for the future

Droughts are expected to occur more frequently, as we have experienced in recent years. Consequently, the atmosphere can hold more water, which increases the chance of extreme rainfall. Unfortunately, we have experienced the serious consequences of such extreme rainfall in Limburg. The lessons learned in Spain are therefore very relevant to The Netherlands because our climate will change.