Navigation systems which will guide cars and trucks along motorways and through busy city centres with the utmost precision are no longer the stuff of science fiction. GPS researchers Christiaan Tiberius and Peter de Bakker are testing innovative ways of improving the accuracy and availability of navigation systems. Their research may also bring the introduction of self-driving vehicles one step closer.

There was a time when GPS researchers would seek out open spaces where the signal of overflying navigation satellites could be picked up easily, Tiberius says. But times have changed. ‘These days we are doing the exact opposite. We specifically look for areas with poor GPS reception.’

This explains why fellow researcher Peter de Bakker, who, like Tiberius, works at the Geoscience and Remote Sensing department at TU Delft’s faculty of Civil Engineering and Geosciences, regularly finds himself driving along the same stretch of the A15 motorway near Rotterdam. ‘There is a very tall noise barrier there and if you drive close enough to it, it effectively blocks the GPS signal.’

The car journeys of the two engineers are part of the testing process of new techniques which will eventually help create a navigation system with close to a 100% availability rate and near-perfect positioning. An added advantage is that it will also be cheap enough for general use. Tiberius and De Bakker think the development of the system may also accelerate the introduction of self-driving vehicles where drivers no longer have to worry about what their fellow road users are doing.

Tanks in the desert

Most people already have GPS in their cars or on their phones. ‘The system was originally developed for military purposes in the US to help tanks navigate the desert. Now it is being used for civilian purposes in urban areas and in vehicles on motorways with lots of obstacles. But it was not really meant for this and there are problems with it,’ Tiberius says.

One of the things that needs to be addressed is accuracy, or rather making the precise positioning of vehicles cheaper, he explains. ‘GPS really can’t be beaten for precise positioning. But to achieve this degree of accuracy you would need equipment costing thousands of euros. It wouldn’t be feasible to build a system this expensive into every car.’

Another issue is satellite reception, De Bakker says. ‘In a busy city centre with a lot of high buildings two effects can come into play. The buildings can block the signal and in tunnels there is no coverage at all. An incoming signal can also be distorted when signals bounce off the façades of buildings.’

‘That can lead to a positioning deviation of hundreds of meters,’ Tiberius adds. ‘And that could literally be fatal if you are in a self-driving car.’ In order to improve the accuracy of the GPS signal without the need for expensive equipment Tiberius and De Bakker have been testing various techniques. ‘By using a smart algorithm for positioning we can improve accuracy. That will also work with smaller receivers which would only have to cost 20 or 30 euros,’ Tiberius says.

‘The algorithm will compensate for a number of error sources, such as signal delays which occurs as the signal travels through the atmosphere. We have already tested this technique by having students travel a fixed stretch of the A13 motorway and comparing their navigation data with those of the expensive reference system. This resulted in a deviation of about half a metre. This technique could soon be ready to be applied, for instance in assisted driving where cars take over certain tasks from the driver.’ 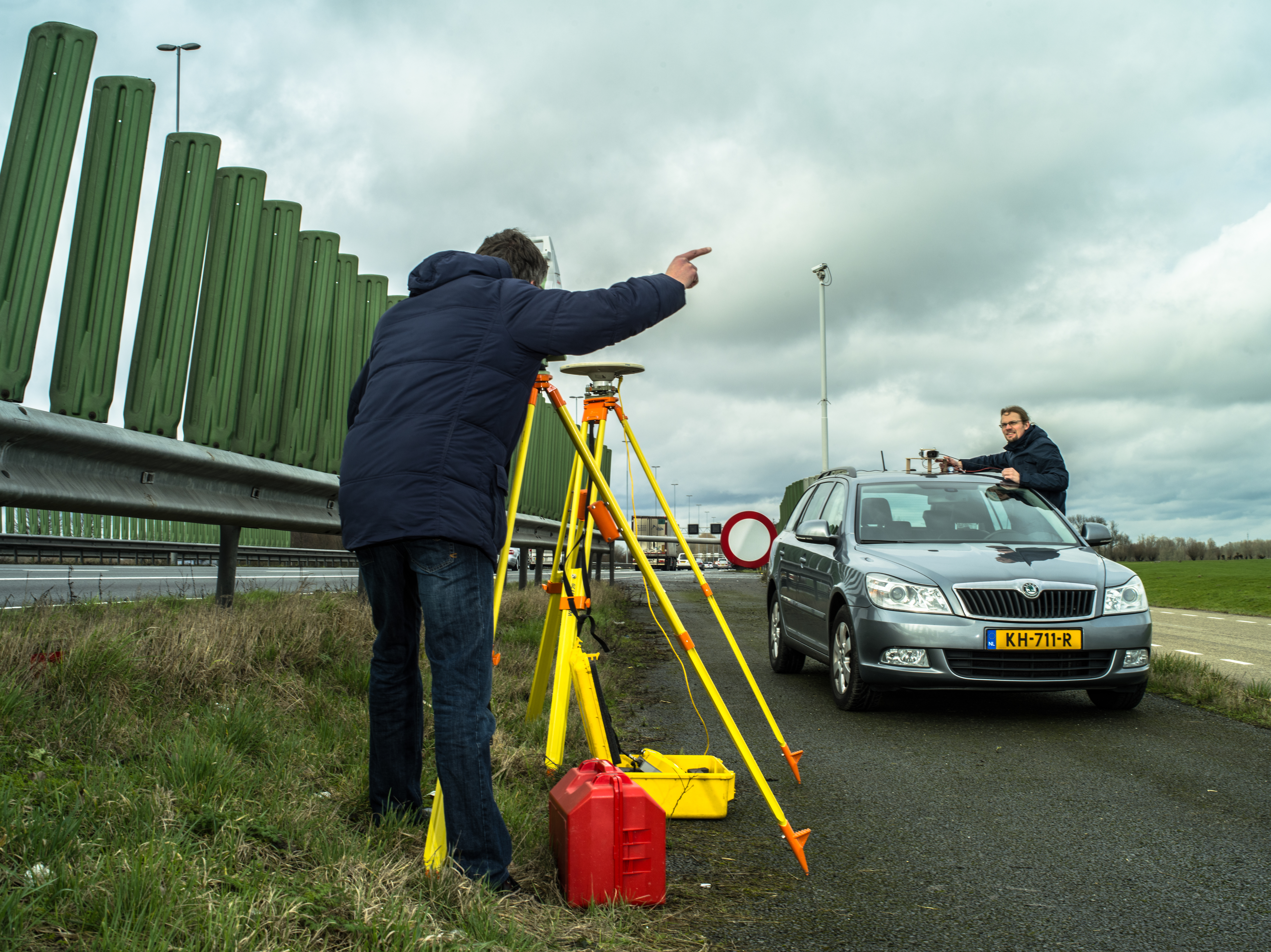 It won’t, however, be accurate enough for self-driving cars. But there is another technique, developed some fifteen years ago, which may hold the key to a solution. Tiberius: ‘It’s a method which made it possible in principle to achieve near-perfect positioning with a cheap GPS receiver. But it wouldn’t work in practice because the GPS network was too sparse at the time and not enough satellite signals were available. But the development of satellite navigation systems has been taking great strides in the last few years. There’s the Galileo programme in Europe, for instance, and the system the Chinese are building at the moment.’

The result is that many more satellites are circling the earth. ‘These satellites can be used and combined, which increases availability even more. This is enabling exact positioning, possibly even in built-up city centres. We are now in the process of testing this method with our colleagues of the Transport and Planning department in places where multiple obstacles restrict GPS reception, such as motorways.’

But even if the method delivers on its promise, complete GPS coverage will remain elusive. ‘Even with extremely precise navigation techniques a solution will have to be found for tunnels or covered roads where reception is impossible,’ Tiberius says. To find this missing piece of the puzzle a new research project dubbed SuperGPS has been set up jointly with VU University, research institute TNO and financed by Technology Foundation NWO-TTW. The project will concentrate on the development of a very precise navigation system which will not be dependent on satellites.

‘What we are going to do is place navigation boxes alongside the motorway which are in direct connection with an atomic clock and which send out a radio signal. So essentially the boxes are working GPS satellites except they are located on the ground,’ Tiberius explains. ‘There is a lot that we still have to find out but the plan is to test SuperGPS in cars in four to five years.

So when will the first self-driving car hit the Dutch motorways? Tiberius and De Bakker are not volunteering any predictions. ‘We are not the only people making it happen. The introduction of self-driving cars depends on many factors. We specialise in GPS and navigation systems and it so happens this ties in with the current interest in the design of self-driving vehicles. It’s nice to see the two coincide.’ 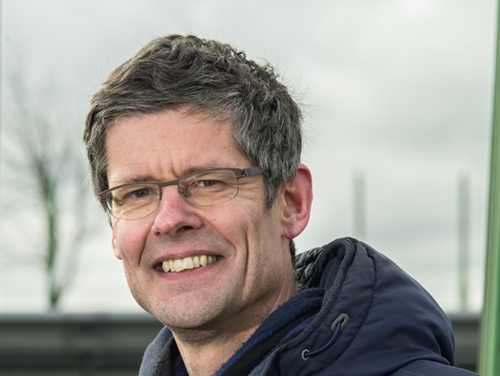 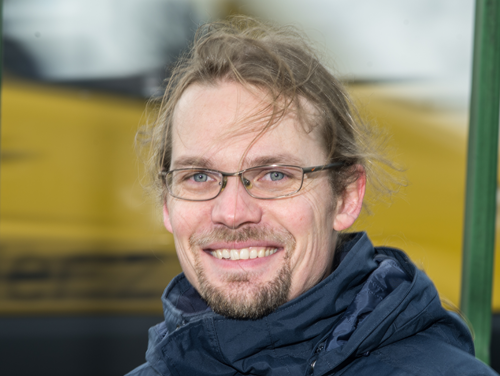 Read all stories of the department Geoscience & Remote Sensing >