In 2014 Caroline Katsman was awarded a Vidi grant to conduct research into the influence of ocean whirls on surface water sinking. How is she getting on two (and a bit) years later? ‘2017 is going to be a bumper year, with a number of new papers in the pipeline,’ Katsman says.

In the same week Dr Caroline Katsman heard her Vidi grant had come through she was appointed associate professor at TU Delft via a Delft Technology Fellowship. ‘I should have bought a lottery ticket for that week as well,’ she jokes. It meant that instead of Utrecht University TU Delft would be the place where she would carry out her research. ‘In the end that turned out to be at least as much fun. In the Environmental Fluidmechanics section we all perform computer simulations of currents. Only most of my colleagues work on a smaller scale and closer to the shore. My work focuses on the currents in the Atlantic Ocean.’

Katsman’s geographical area of expertise is the North Atlantic Ocean, where warm surface waters flow northward, gradually cool, sink and continue southward again as a cold current at several kilometres depth. Oceanographers call this phenomenon the thermohaline circulation, ‘thermo’ indicating temperature and ‘haline’ salinity. ‘Salt water has a higher density than fresh water. Water that is warmed up expands which means it has a lower density than cold water. Even small differences in temperature and salinity result in differences in pressure which in turn drive currents,’ Katsman explains. ‘We know that this current in the North Atlantic Ocean is vulnerable and may cease to exist. It’s what is commonly known as the shutdown of the Gulf Stream.’

That shutdown was part of a doom scenario in the 2004 disaster movie ‘The day After Tomorrow’. Although the film came in for a lot of flak from scientists, the possibility of the northward transport of heat in the Atlantic Ocean disappearing altogether is not as fantastical as it may sound, and were it to happen it could have grave consequences, for instance for sea level. ‘All ocean currents influence sea level. This specific current is associated with a lower sea level in the North Atlantic and a higher sea level in the South Atlantic. If that circulation stops, sea level will tilt,’ says Katsman. ‘It will rise where we are and go down near South America. But in order to predict by how much sea level will rise and how fast you have to understand exactly what is happening to the current. We don’t as yet and it is one of the unknowns in the projections for sea level rise along the Dutch coast.’ 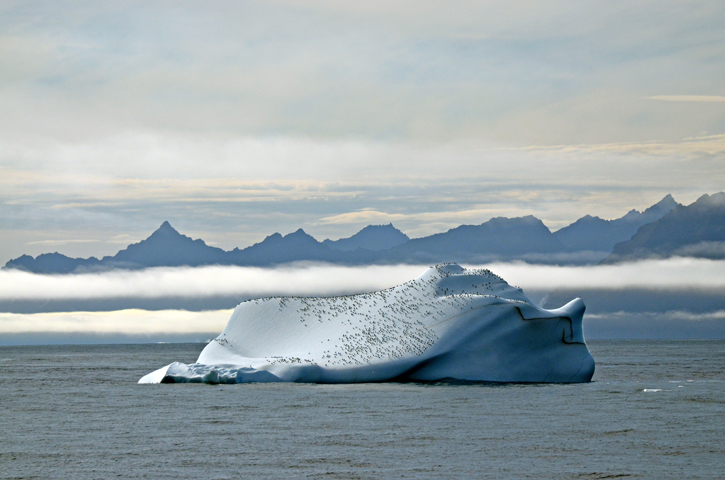 How surface waters sink to greater depths is not completely clear to scientists. ‘The evidence that water sinks is circumstantial. We can infer it from temperature and salt measurements and from things like CFC pollution from the air showing up in the deep ocean. But we don’t know where it happens and exactly how it works,’ Katsman says. She is basing her research on the supposition that whirls play an important role in the process. Whirls are big bodies of swirling water whose diameter can vary from tens to hundreds of kilometres. ‘In some parts of the North Atlantic the water cools off at an enormous rate, becomes dense and eventually sinks to the deep ocean. The accepted theory was that this happened in the middle of the ocean but now we think the process takes place much nearer to the coast. It is my contention that the whirls form the missing link.’

But how to prove it? Not by just using the Utrecht University’s comprehensive climate model simulations generated by super computers in Amsterdam, that much is clear. ‘The super computers will sit there churning out calculations for months on end. What you end up with are calculations for the next fifty or hundred years,’ Katsman explains. ‘ They are so complex that you can’t see the wood for the trees.’ Katsman and her colleagues started with their own, pared-down models. ‘By looking at a smaller area, a shorter time period and fewer processes you can get results much quicker. We force our models with observational data. If the model subsequently generates phenomena that we expected based on our hypothesis it means we are heading in the right direction.’ An analysis of the complex models must then confirm if those same phenomena are at work there as well.

One of the phenomena is the water column that occurs in winter in the Labrador Sea situated between Canada and Greenland. The surface water cools down to such a degree that it becomes denser than the ocean layers underneath. ‘It mixes vertically with those layers resulting in a water column with uniform temperature and salinity properties down to a depth of 2 kilometres,’ Katsman says. ‘That column occurs in a certain spot in the southwestern part of the area. It is one of those things we typically don’t prescribe in our models beforehand but if we force our whirls and currents properly you do see it happen. Remove the whirls from the equation and that column forms in a completely different place. Those are clues that whirls are a vital element in the process.’

Analyses of the complex models have already shown that surface water sinking occurs at the edge of the continent, as the theory predicted. ‘It confirmed neatly and conclusively what not everyone was willing to believe.’ But that doesn’t mean all questions have been answered. ‘Our pared-down models don’t tell us why these processes are taking place more frequently on the west side of a basin than on the east side.’ That is why Katsman will now be focusing on water properties. ‘We began by looking at vertical velocities to find out where exactly the water sinks. The next step is to look at the properties of the sinking water. Is it the cold and salty water that we expected, or is it water that just happened to be there? In spite of these unanswered questions much has been learnt. Katsman and her team - two PhD candidates and a postdoc researcher – are preparing four papers between them. ‘2017 is going to be a bumper year.’ 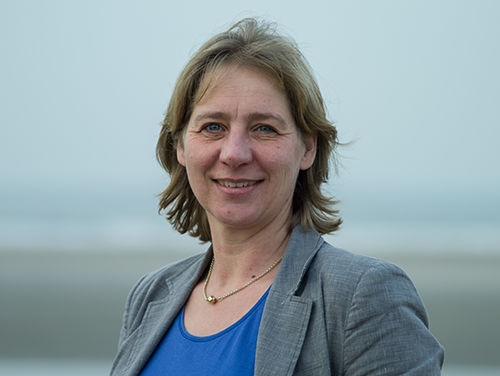 Computations of the river bed