Merle on this subject: 'I want to see and comprehend what bacteria do to the colloidal fraction and decomposable particles in granular systems, in (an)aerobic processes. I want to unravel the granules and their components - cells, polymers, enzymes. If fundamental research enables you to understand exactly what is going on, the opportunity exists that you may be able to devise different, smarter processes.’

Elected Simon Stevin Fellow, finalist for the European Inventor Award, awarded the Jaap van der Graaf Prize... Before the awarding of the Vidi Merle de Kreuk had already been honoured for her prior work on the Nereda waste water treatment system. This technology enables the treatment of domestic waste water using 25% less energy and taking up 75% less space.

The fact that aerobic bacteria (‘requiring oxygen’) are able to convert the carbon and nitrates from sewage water into CO2 and nitrogen gas and that these bacteria can grow in granules, making it easier to separate biomass from the purified water, had already been proven in the laboratory.

This meant that, in theory, there was an alternative for the large sedimentation basins required for conventional sewage purification plants, in which the bacteria grow in flocs that do not settle so readily. However, managing a process in a small 3-litre reactor in a laboratory is one thing; converting it into an effective, profitable type of sewage purification plant is quite another. It is a classic feat of engineering: developing and upscaling a technically rational invention into an installation that works in practice and can be applied, preferably in an economically sustainable way, with effluent that is slightly cleaner and with a view to wider social acceptance.

This challenge, the process from invention to practical application, turned out to be something De Kreuk was cut out to do. ‘I did environmental hygiene at Wageningen University and after graduating I immediately started a job at IHC Holland. I was the only woman in the shipyard. I advanced quite quickly up the career ladder but always felt that I really wanted to do research and take my PhD. In 2000, I came into contact with Mark van Loosdrecht (Professor of environmental biotechnology) when he was looking for someone who could work out the proof of principle for the aerobic granular sludge reactor. It really appealed to me: the chance to put something into practice.’

De Kreuk had no doubts about the idea of spending years delving into sewage. The importance of clean water and a clean environment was something she learned about at home: her father worked in soil remediation and water purification. But the PhD position offered by Van Loosdrecht was not even fully financed at that stage. De Kreuk initially had to find additional funding for her research. Engineering consultancy RoyalHaskoningDHV became involved in the project and the process of brainstorming with seasoned experts from industry could begin.

The fact that it took until 2005 before the first pilot plant was established and until 2011 before the first full-scale Nereda purification plant became a reality is some indication of the sheer multitude of problems that needed to be solved. Another key factor was that the water boards (who own the purification plants) need financial security in terms of earning back their investments of public money. ‘We had to get to the bottom of the mechanism behind the formation of granules. What are the granules made of, what is the precise structure, how exactly are the nutrients converted in the water and how stable is the system? That was something I worked hard on. At the same time, I had to negotiate with the providers of subsidies, STW (who funded the technical research), STOWA (water companies) and the EU. My ultimate objective was not primarily to produce a nice publication; my focus was on achieving a technology that works,’ explains De Kreuk.

The Veluwe Water Board is the proud owner of the very first Nereda facility in Epe and it works well. ‘It does what it has to. The water board is happy with the effluent (the purified water that can be discharged). There are still opportunities for optimisation, but ultimately, how far can you go?’

Nine years of intensive involvement in the project proved enough for De Kreuk and in 2009 she took on a research position at Hollandse Delta Water Board. She remained in close contact with Mark van Loosdrecht's research group, this time from the perspective of the end-user. Along with his current PhD students, he is continuing the research on anammox bacteria first set in motion in the 1990s by Professors Gijs Kuenen and Mike Jetten (now RUN) in Delft. The ultimate aim is to develop a waste water purification plant that can make useful products, such as energy (fermentation, biogas), struvite (magnesium ammonium phosphate for use as artificial fertiliser) and clean water. The water boards are developing this concept further in their Raw Materials Factory (‘Grondstoffenfabriek’).

De Kreuk still has a love of research and because the research at the water board was linked to restricted deadlines and payback times, she decided to return to Delft, but this time to a different faculty. She became a researcher in the Water Management/Sanitary Engineering department, led by Professor Jules van Lier, Civil Engineering and Geosciences. Just as, in the past, she formed a bridge between TU Delft and the engineering consultancy RoyalHaskoningDHV, she now acts as the link between the civil engineers and biotechnologists working on the purification of domestic and industrial waste water at different locations on campus.

All the energy and focus she directs to the applicability of the new purification technology has not dimmed De Kreuk's curiosity about what exactly is happening at the molecular level. ‘I want to see and understand what bacteria do in the process of granular formation, aerobically and anaerobically. I want to unravel the granules and their components, the cells, DNA and enzymes. If fundamental research enables you to understand exactly what is happening, it may help you to develop a completely different reactor concept and a different approach to bacterial mass. This can be achieved by optimising process conditions so that they ultimately do exactly what we want.’ 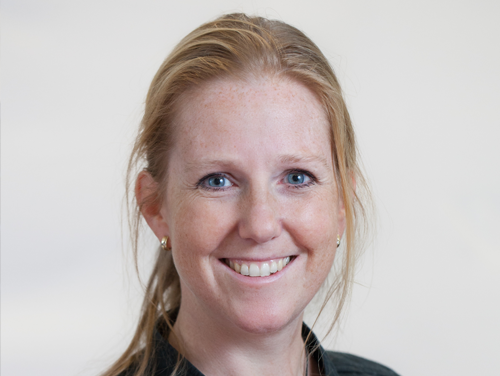