The road to Tokio

Top athletes from TU Delft have a chance to compete in the Olympic Games in Japan. What does their life look like and how are they doing? 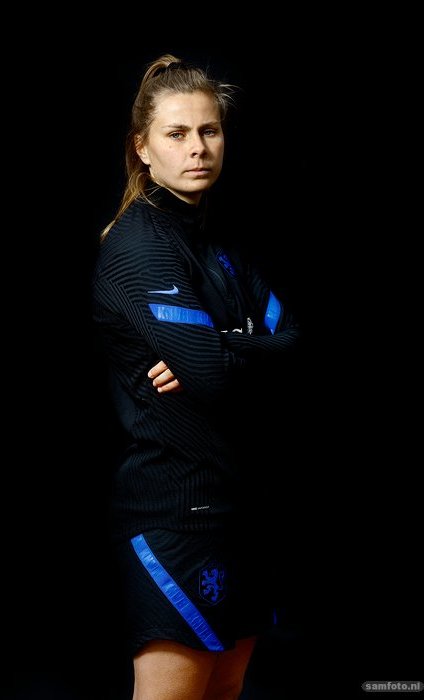 “My life consists of football and studying, even during the corona pandemic. I now live in Amsterdam, but I had already been doing a lot of distance learning. I started in 2017 and am now in my third year. Some days there are two or three training sessions at Ajax, and then you are at the club from 9 to 5. I really don’t feel like studying when I get home in the evening after a day like that, so I try to catch up later. Football is currently number one for me, but my studies are no less important and I do intend to complete my degree. It is also good to do something else besides sports, which I particularly noticed when I had a sports injury. My ambition is to get selected for the Olympics, to play in Japan, and make a real contribution to the team. A pity that there will probably be no spectators; international spectators are in any case forbidden. And no Olympic village or Holland House; we will be living in a bubble there.” 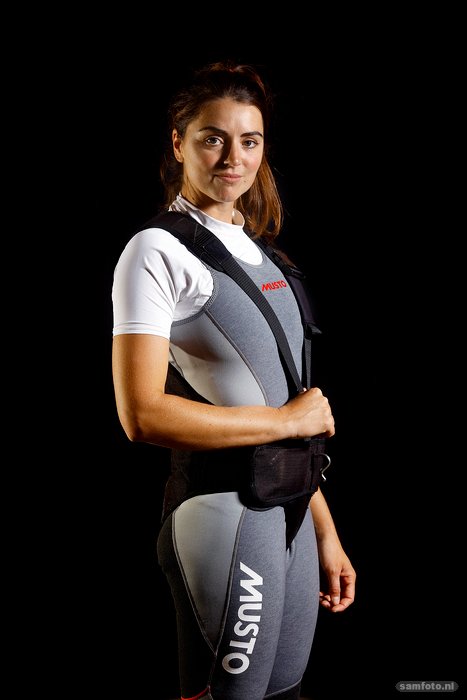 “We wanted to keep travel to a minimum because of the coronavirus, so we spent pretty much the whole winter in Lanzarote. The sailing conditions there were perfect. We were able to sail a proper race against all our competitors in late March.  We spent much of the summer of 2019 in Japan getting to know the water and conditions like the currents and wind. In hindsight we were very lucky, as this was no longer possible in 2020. I have not had much time for my studies. I was planning to start my final year of the Master’s programme in September 2020, after the Games, but I have now delayed that until the coming September. I’m very much looking forward to that as well.  NOC*NSF has always been very confident that the Games would go ahead, and I believe that too, even if it is without foreign spectators. For us, the most important thing is that the competition goes ahead.  We want to be there at the Games. There is a lot of competition, but we are going for gold. We will give it our best shot!” 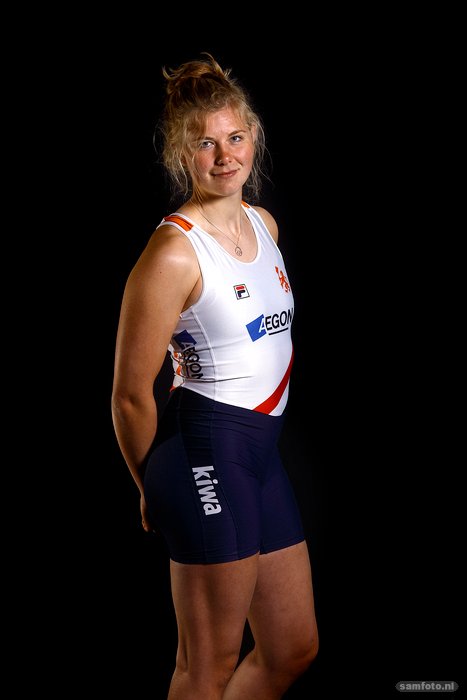 “I have completed my Bachelor’s degree and I will be starting my Master’s in September, but now I'm focusing entirely on rowing. We were able to row in Eights and went on a number of training camps abroad, following a strict protocol and with regular testing. I joined the national rowing team in January last year, but all the sessions were soon cancelled and I found it difficult to keep up the training. Now we can do much more this year, I see everything as a bonus. I initially fought for a place in the association selection squad, then in the Eight, and then for the European Championships. I always set my sights on the next goal; this keeps me motivated. We had only just formed the team when last year's Olympic Qualifying Tournament started.  That was a real benefit for a young team like us.

The current team has been selected with an eye to Paris 2024. I’ve only been rowing for four and a half years, it's all still new and exciting for me and I am setting modest goals. The Paris Games are my biggest goal.” 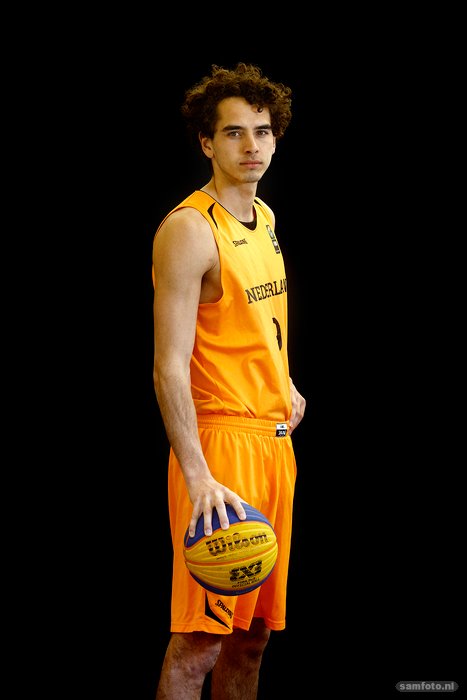 “I am in the 3x3 basketball programme, a group of eight to ten players. I travel from Delft to the training sessions in Amsterdam about three or four times a week, but I think it is important to study as well. I 'm in my fourth year of clinical technology. I hope to get my Bachelor’s degree in July. How does 3x3 differ from regular basketball? The basic things like shooting and passing are the same, but the rules are different. You play on a half-court, with one basket instead of two. One team attacks, the other defends. You don’t have a fixed position in the court. The actual playing time is only ten minutes, but afterwards you are completely exhausted, and it’s that intensity that appeals to me. This is the first time it's an Olympic sport.

I think everyone will really be surprised. If everyone stays fit, I don’t expect to play. The first four will be selected for the Olympic team, but the rest of the players will remain in the squad. They need us to train with, otherwise the group is too small.” 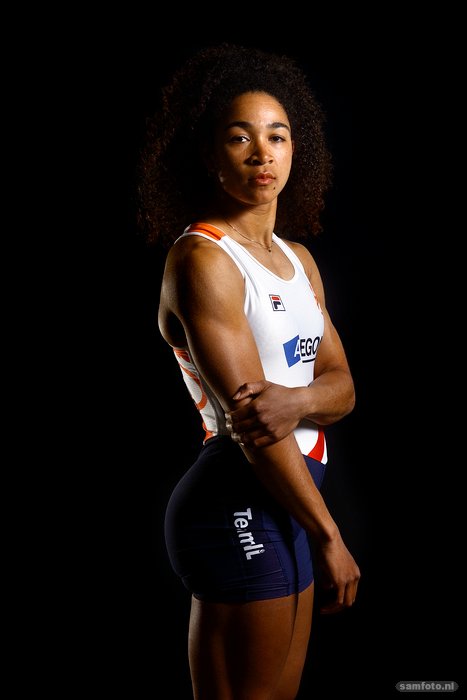 “I completed my Bachelor’s degree just over a year ago. I was going to put my studies on hold in the run-up to the Games, but when they were postponed, I re-enrolled and also did some courses for my Master’s. I recently stopped studying again temporarily to focus completely on Tokyo. Because of Covid-19, we prefer to travel to training camps abroad by minibus instead of flying. When we get back we have to quarantine; but a luxury version, because we can train on the Bosbaan rowing lake. We head straight to the shed, get a boat, get on the water, and go straight home afterwards. The regattas themselves are quite austere. You are where you need to be, but that’s about it. There is no guarantee that you'll get a place in the boat; something can always go wrong. But I want to stay in this team, though you never know how we'll do in Tokyo. I originally had an idyllic vision of the Games. It will be different now, but I will be happy if it just goes ahead at all.” 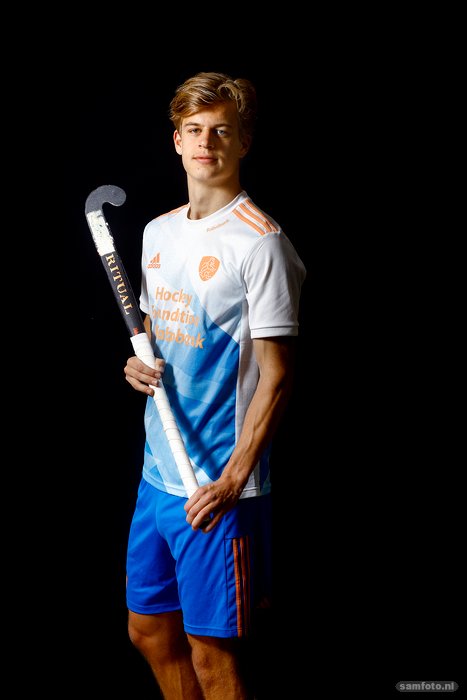 “At the moment I am focusing entirely on training in preparation for the Olympic Games. I normally go to the club every Monday and Tuesday, from eight in the morning till six in the evening. On Wednesdays I train half a day, on Thursdays I do two sessions, Fridays only in the evening and on Sunday is the match. I'm only free on Friday during the day and on Saturday. I have put my studies on hold for six months, and my output has been far below the norm; I have earned only 55 ECTS credits in three years, so it’s going slowly. But I do want to get that piece of paper eventually; I never mind studying. You don’t notice much of coronavirus on the field, but off field you do. There's no social life, we can no longer eat together after training and the team meetings are shorter. The Olympic Games is the highest possible goal in hockey, so I’m not lacking in motivation. I don’t really know what to expect, whether we’ll all be in one big bubble or if there will be various separate bubbles. But I’m looking forward to meeting other athletes there.” 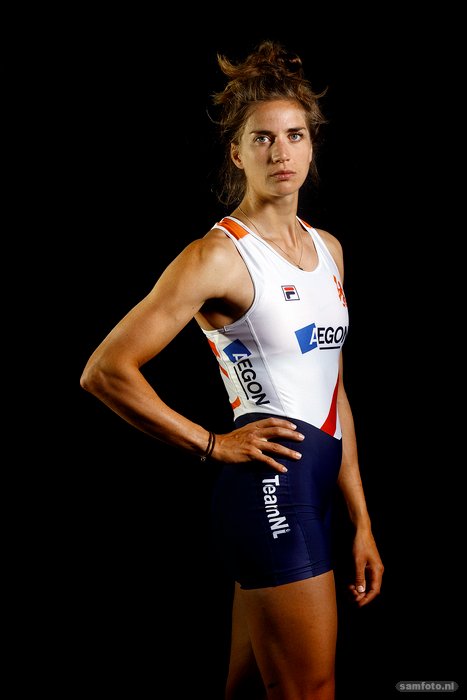 “After Lisa and I qualified for the double scull in Tokyo, in 2019, they re-opened the selection process, which was a real letdown. Then came the cancellation of the Games and a period of uncertainty followed. These are all moments when you have to be adaptable and adjust your goals. You think about your studies and all the sacrifices: is it still worth it? But there will be other opportunities to graduate. I love rowing and had invested ten years of my life in it and did not want to stop. During the coronavirus pandemic, we were allowed to train outside, alone. At home I did strength training and ergometer training. The ergometer is still at home. It suits me that we are not together with the team all the time. That was a real discovery. Three years ago, I did not think we would be able to go for a medal at the Games. You dream of gold, but silver or bronze would be nice too. ”